Columbia and Regency Pictures have shifted Cameron Crowe‘s still-untitled film out of a previously announced December 2014 slot in favor of a 5.29.15 release. No harm, no worries, fine. Then again the announcement didn’t exactly feel like a surprise. Nobody in my circle had even mentioned it as a fall-holiday title to look forward to with any excitement. The fact that Crowe never managed to give it a title indicated…well, I don’t know exactly but title-less films always make you wonder “what’s the problem?”

The film, some kind of romantic dramedy set in with Hawaii and having to do with the Air Force and space satellites, costars Bradley Cooper, Emma Stone, Rachel McAdams, Danny McBride, Alec Baldwin, John Krasinski and Bill Murray. An earlier version (a cousin or a close relation) called Deep Tiki nearly went before the cameras 2009 with Ben Stiller and Reese Witherspoon costarring, but the plug was pulled in pre-production.

In this fascinating trailer for Dan Gilroy‘s Nightcrawler (Open Road, 10.17), Jake Gyllenhaal looks a little more than gaunt. Strung-out is one term that seems to at least visually apply. You can see the whites above and below his pupils. Robotic, serene with a vengeance, very persistent, lots of anger underneath. “A driven young man stumbles upon the underground world of L.A. freelance crime journalism,” etc. Costarring Bill Paxton, Rene Russo, Riz Ahmed, Kevin Rahm, Eric Lange. Gilroy directed (first time) and wrote.

In Katie Arnold-Ratliff‘s 7.18 N.Y. Times review, Emily Gould‘s “Friendship” is described as “a novel that could not exist without the internet — the very entity that has thrust its author into a certain kind of sickly, fluorescent limelight.” The “snark-and-burn ethos” of Gould’s writings for Gawker a few years ago “came back to very publicly haunt her after she left the company,” she reminds. The book is about an up-and-down New York relationship tale between Bev and Amy, the latter closely modelled upon Gould herself. It may be worth reading, but what has my attention are passages in Arnold-Ratliff’s review that remind me of my own vaguely warped existence. Just substitute “Jeff” for “Amy” or “Gould,” “his” for “her”, etc. 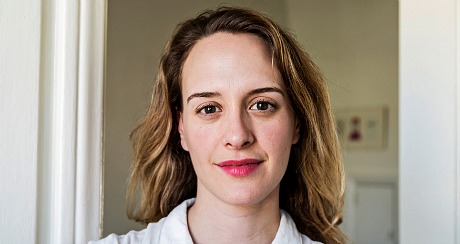 Excerpt #1: “‘Friendship’ does not come with a comments section in which people can say to Gould, as they often have, things like ‘go kill yourself.’ Besides which, if you have any interest in what it’s like to be a young woman in a world that exists half IRL (that’s In Real Life, FYI) and half online, where nothing is private and no one is kind…you might enjoy this book.”

Excerpt #2: “Book drafts, spec scripts and other false starts toward a creative, actualized life take up Amy’s mental and literal bandwidth, making her feel guilty — though usually not guilty enough to dig her out of those Wikipedia rabbit holes.”

My first and last exposure to Robert M. Young and Miguel Pinero‘s Short Eyes was at the 1977 New York Film Festival, which happened four or five months before I left Westport, Connecticut, to move into my first cockroach-infested Manhattan tenement apartment. Hardly a “pleasant” sit but taut, riveting and quite rich overall. Very stagey but appropriately so, as it happens entirely in a confined space (i.e., the Manhattan Men’s House of Detention). Animals in a cage, all right…”I say he’s stuff.” Bruce Davison‘s performance as a squishy, white-ass child molester (“short eyes” is slang for this type of offender) was not only memorable but incredibly ballsy. I remember reading Vincent Canby’s 9.28.77 rave and going “yup, yup…exactly how I feel.” I’m mentioning this because Kino Lorber will release a new Short Eyes Bluray on 9.15, but will accept pre-orders as of 8.1. 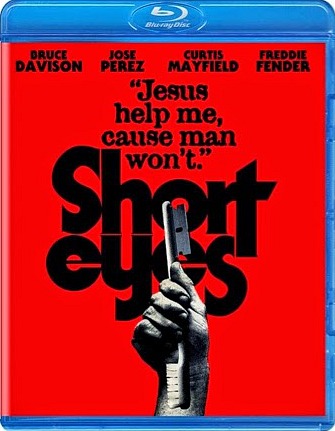 The line “it ain’t Shawshank” was written seven years ago by efilmcritic’s Rob Gonsalves.

Don’t get me wrong — I’ve heard nothing but pulse-quickening things about Alejandro Gonzalez Inarritu‘s Birdman, which will open the Venice Film Festival and almost certainly play Telluride directly after. But in selecting Birdman to close the 2014 New York Film Festival, festival director Kent Jones has relinquished his original dream of concluding with a major world premiere. Like, for example, Chris Nolan‘s Interstellar, which went south when Nolan-the-perfectionist either refused or dilly-dallied too long as far as screening it for Jones (or anyone else) in rough form. Birdman may turn out be the finest film of 2014 (who knows?) but in competitive pecking-order terms it’ll feel a bit like used goods when it plays NYFF after Venice, Telluride and (I’m assuming) Toronto. 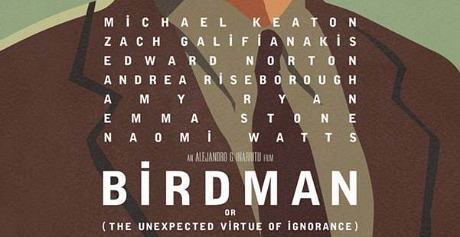 “Birdman is a knockout,” Jones said in a release. “It’s consistently surprising and inventive — you think the movie is going in one direction and then Inarritu shifts gears and takes you somewhere else completely unexpected. The movie is like an intricate machine generating greater and greater amounts of beautiful radiant energy. The entire cast is amazing and they mesh perfectly, but I have to say that Michael Keaton is astonishing. He’s always been a terrific and, in my opinion, underrated actor. Here he gets the role he deserves, and he makes the most of it. And, it’s a great Broadway movie.”

It makes obvious sense that Morten Tyldum and Graham Moore‘s The Imitation Game will open the 2014 BFI London Film Festival on Wednesday, October 8th. British history, British cast (Benedict Cumberbatch, Keira Knightley, Matthew Goode, Mark Strong, Charles Dance) and a compelling, tragic theme about a drop-dead genius, Alan Turing, who was celebrated for breaking the Nazi enigma code only to be persecuted after the war for being gay. (Sometime in 2015 Imitation Game will be co-billed at the New Beverly with Enigma, the Mick Jagger-produced 2001 film that was about more or less the same effort in the exact same location (i.e., Bletchley Park) but focused on characters who worked under Turing.) The Imitation Game will preem in England on 11.14; The Weinstein Co. will open it domestically on 11.21.14.

27 Comments
Sand In Your Underwear

I’ve been on the receiving end of (a) tingly, fluttery intrigue bordering on animal lust vs. (b) wifey looks that convey pleasant but perfunctory interest mixed with vague boredom, and let me tell you that (a) is what you’ll be smiling about when you’re on your death bed at age 87. I don’t intend this to sound the way it’s inevitably going to sound, but Showtime’s The Affair seems to be up to something atypical because Ruth Wilson, the 32 year-old British stage actress and Lone Ranger costar, is clearly one of those women whose “raging rivers of passion” are somewhat modified by the fact that she’s not (here come the slings and arrows) conventionally Maxim. She’s attractively “real world”, yes, but one presumes that a married guy with kids wouldn’t risk shattering the foundation of his life without volcanic temptation.

Wilson and Dominic West, both in complicated marriages, are the infidels in this pic about a summer affair in Montauk gone horribly wrong (i.e., clips of a detective asking about motive). Maura Tierney and Joshua Jackson (whom I wouldn’t even have coffee with if I was a lady) play their perplexed mates. The Affair, a Rashomon-like longform of some kind, debuts on 10.19,

One week left on the Star Wars: Force for Change UNICEF fundraiser…great. In a just-up video director J.J. Abrams makes the pitch next a full-sized X-Wing starfighter, which is alleged to be new. Maybe technically it is, but the similarity to the Z-95 Headhunter is obvious. “As long as they keep on making upgrades for this baby, the Z-95 will never become outdated.” — Outlaw tech Klaus “Doc” Vandangante.