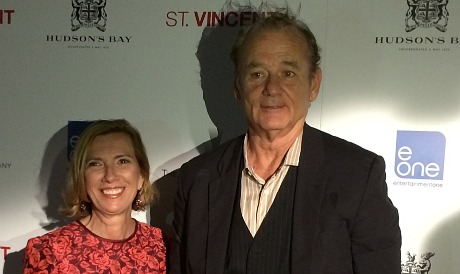 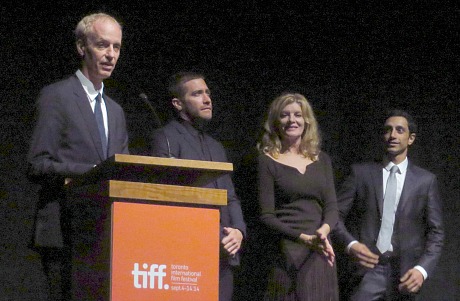 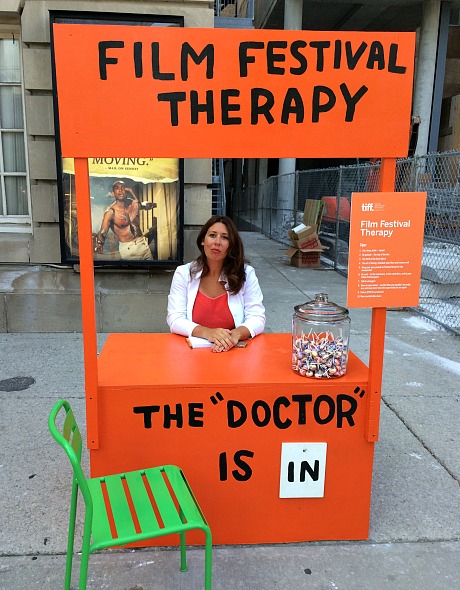 Three years ago I tried to explain the reasons why I hated the original Horrible Bosses. And now this new trailer for the sequel is renewing my loathing, or rather reminding me how much I despise Charlie Day‘s voice. Three years ago I described his character as “a little male hygienist with a high-pitched voice who probably has a schlong the size of a rook on a chess board.” I can’t roll with and certainly can’t laugh at puny, unmanly, pencil-dick guys. I have to believe or at least be effectively sold on the idea that they’re at least somewhat manly in all the usual ways. Short guys (example: Peter Dinklage) can be manly as hell. It’s all in the mind and more particularly “the size of the fight in the dog.”

With Robert Zemeckis‘s Forrest Gump opening on IMAX screens today (9.5), it’s been re-assessed by four critics — Ben Mankiewicz, Rotten Tomatoes’ Matt Atchity, TheWrap‘s Alonso Duralde and Christy Lemire — in a What The Flick? episode. Old news ’round these parts. I’ve been dumping on Gump for years, the last time in a 7.10.14 post called “How Do Those Chocolates Taste Now?”

A little less than three months ago I wrote a short wish piece about Criterion’s forthcoming Bluray of Jack Clayton‘s The Innocents (’61), or more precisely about how sublime it would be if Criterion was to do to The Innocents what Disney did with its Bluray remastering of 20,000 Leagues Under The Sea, i.e., eliminate the CinemaScope mumps effect. For years I’ve been lamenting this face-broadening, weight-adding syndrome that was caused by the use of old-style anamorphic CinemaScope lenses between ’53 through ’60. And now it appears that Criterion has stepped up to the plate and actually de-mumpified this horror classic. Screen captures provided by DVD Beaver‘s Gary W. Tooze make it clear that they’ve not only de-mumpified but added extra information to the framings. Hats off to Criterion’s Peter Becker and his team. This is the noblest and coolest thing they’ve done since releasing that triple-aspect-ratio Bluray of On the Waterfront, which pointed out the general wrongness and fraudulence of Bob Furmanek‘s 1.85-favoring theology once and for all. 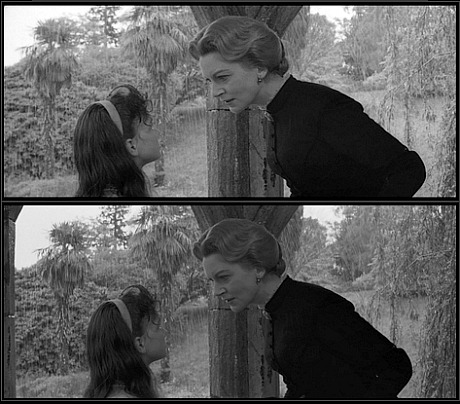 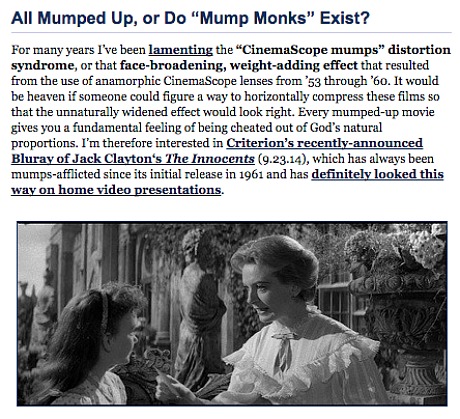 I loved and respected almost everything about the late Joan Rivers except for the work she had done over the last decade or so. So I’m posting these shots as an affectionate reminder of the ’60s, ’70s and ’80s Joan. Her God-given face was wonderful — anxious, open, often fraught with vulnerable emotion — and I really missed it when it went away, or more precisely was smothered under implants. Rivers had a great life but also a great face, once. No offense, just saying. 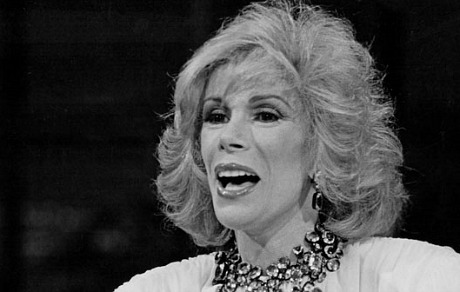 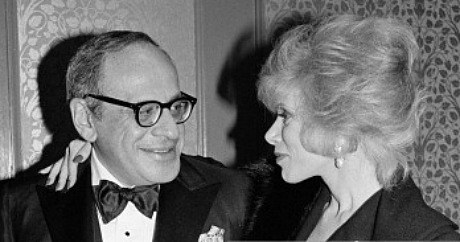 9 Comments
Judge Not Lest Ye Be Judged