At least two press and industry screenings tomorrow (i.e., Sunday, 9.7 — James Marsh‘s The Theory of Everything at 9:00 am and Antoine Fuqua‘s The Equalizer at 11:45 am, followed by a 6:15 pm public screening of Oren Moverman and Richard Gere‘s Time Out of Mind at the Elgin. I might squeeze in a fourth screening sometime during the afternoon, but what? 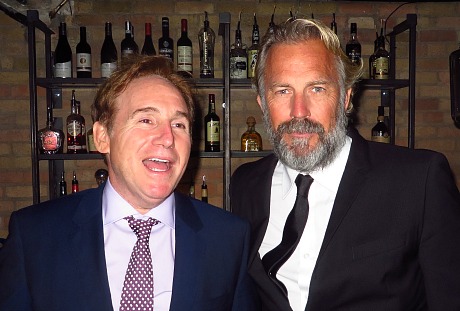 Black and White director-writer Mike Binder, star-producer Kevin Costner at gala screening after-party at West Bar, 510 West King Street, Toronto — Saturday, 9.6, 6:20 pm. Costner and I spoke for 10 or 15 minutes. Mutual respect and salutations. Again, my recently-posted review of Black and White and my q & a with Binder. 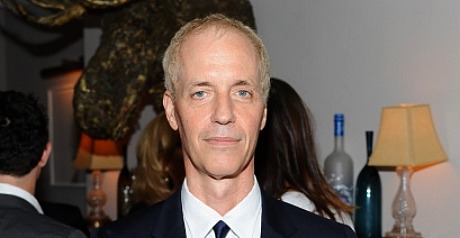 Nightcrawler cdirector-writer Dan Gilroy, whom I spoke to this evening at Toronto’s Trump Hotel. I’ll post a piece about the conversation sometime tomorrow. 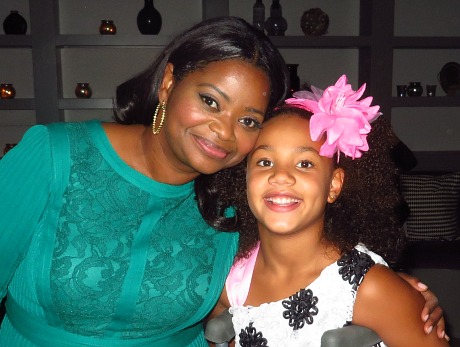 Theodore Melfi‘s St. Vincent (formerly St. Vincent de Van Nuys) is an emotonally engaging, nicely-crafted, perfectly agreeable dysfunctional family dramedy set in…where is it, Sheepshead Bay? And good old Bill Murray‘s performance as Vincent, a retired, lazy-ass, less-than-hygenic boozer with a good heart, is a juicy role and roughly on par with his performances in Rushmore and Lost in Translation. The film is good enough to not stand in the way of a possible Oscar nomination for Murray, but it isn’t quite substantial enough on its own terms to be nominated itself. But I enjoyed it. It never lifted me out of the my chair but it’s nice, it’s fine…nothing to complain about. And it’s very agreeable to see Melissa McCarthy give a steady, focused, mid-tempo performance that doesn’t involve acting like a lower-middle-class slob. It’s basically a louche-goofball-babysitting drama, and the 12 year-old kid (Jaeden Liberher) who more or less costars with Murray is on-target also. Smart and mature, stands his ground, doesn’t “kid” it up too much. 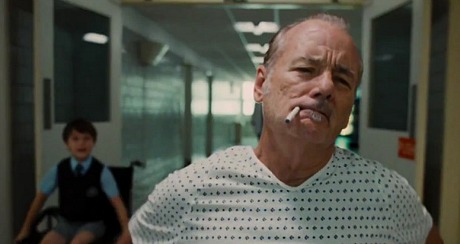 I sat down next to a know-it-all couple before this morning’s press and industry screening of Jason Reitman‘s Men, Women & Children. Late 40s, early 50s. A bit aloof and snooty, but I can roll with that. They either knew everything or were curious about everything…chattering away and vibrating with the spirit of journalistic engagement. When I heard her talk about Birdman I asked if she’d seen it locally, and she said she’d just come back from the Venice Film Festival. “Oh.” Anyway, around the hour mark they abandoned the Reitman film. They bolted, scrammed, ducked out like thieves. I’m presuming it wasn’t because one of them had a doctor’s appointment and the other wanted to offer comfort. 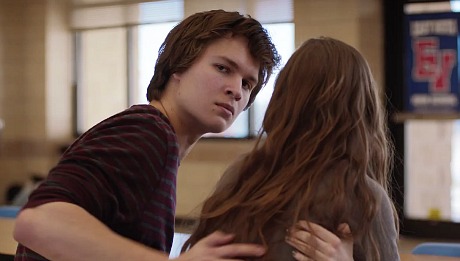 I’ve slightly overslept (i.e., seven instead of five hours) but the schedule demands that I catch Jason Reitman‘s Men, Women and Children at 9:15 this morning instead of at a 6 pm public screening at the Ryerson…always see ’em sooner rather than later. I next have a 12 noon showing of Theodore Melfi‘s St. Vincent, a.k.a., the Bill Murray dramedy. The point is to clear the decks so I can see Noah Baumbach‘s While We’re Young at 7 pm rather than wait for a Monday press screening. It’s bad when things start piling up but it’s worse if you just slump and succumb. This is a metaphor for life and survival. Man up or get eaten.

Yesterday I re-saw Wild Tales for the fun and pleasure of it (yes, I indulged…sorry). Then came Michael Roskam‘s The Drop, a low-key neighborhood crime drama which struck me as agreeably flavorful and well-acted , especially by the always impressive Tom Hardy as an unassuming, seemingly-none-too-bright barkeep named Tom who surprises the audience but particularly Matthias Schoenaert‘s bullying bad-guy character in Act Three. It’s a somewhat…no, earnestly above-average, Friends of Eddie Coyle-ish crime drama that I’m looking forward to seeing a second time with subtitles as I was able to catch maybe 60% or 70% of the dialogue. Strongly accented Jersey-speak + slightly whispery, miscalibrated sound system at the Princess of Wales = give it another shot.

Dan Gilroy‘s Nightcrawler was the somersault head-turner of the evening. The Reitman screening starts in 33 minutes so I’ll just re-post the tweets. It’s a chilly, highly original urban psychodrama about a beyond-creepy sociopathic news video shooter who fits right in. The brazen, reckless, manic-wacko quality of Nightcrawler is what makes it cool and cultish — I was fascinated, appalled, thrilled. It’s strikingly soul-less, cold, creepy…and quite respectable for that. A news-video thriller with ice in its veins. Jake Gyllenhaal plays a modern-day antithesis of Travis Bickle on adderall. An uber sociopath, triple creepy, manic and very, very controlled and controlling. And yet Bickle had a lot of soul and sadness while Gyllenhaal’s cranked madman, by contrast, hasn’t a kernel of common humanity.