In the latest Mike Fleming-Peter Bart discussion riff on Deadline (posted today around noon), Bart puts down Birdman because it doesn’t play with Average Joes. “Critics don’t like to admit it, but the conditions under which you see a film strongly influence your opinion,” he says. “Birdman is a good example. If you see a film like this with a pack of cinephiles like at Telluride, everyone gets every inside joke, and you instinctively go along with the crowd. I made it a point to see Birdman with a paid civilian audience and it was like screening it in a mausoleum. No laughs, just occasional grunts and lots of walkouts.”

No shit, Peter? The average ticket-buyer has always been on the common side of the equation. He/she is simply less sensitive and attuned to wit and innovation and “da coolness” than movie-mad festivalgoers, and so a film that plays well at Telluride or Sundance is naturally going to have less of a heartbeat in front of a crowd of popcorn-munching Joes. Never judge a film by how it plays with those guys…please. 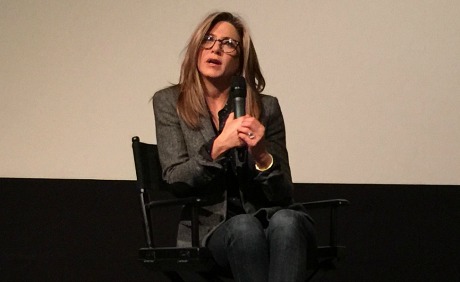 Note: Incorrect Best Director and Best Actor charts were posted Sunday morning. These are the correct ones. 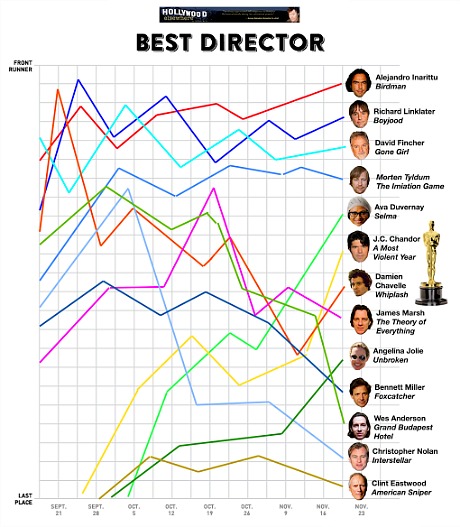 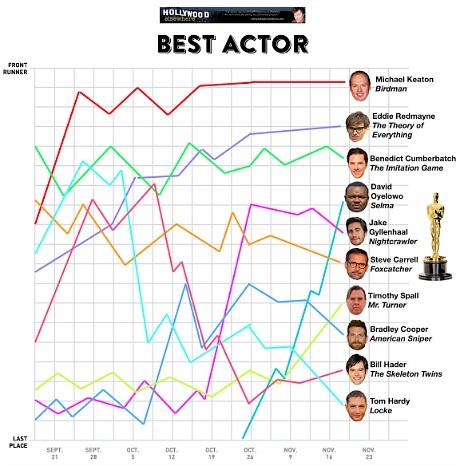 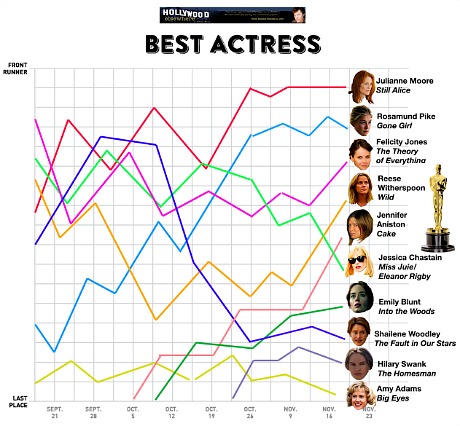 The Boyhood screener arrived last night. The fold-out jacket is quite elaborate and almost flamboyant by IFC standards. Obviously IFC Films honchos and their award-season strategists sat down a couple of months ago and agreed to put a big chunk of their funds into this. “Screeners are key,” somebody said, “and if we play up Boyhood‘s importance by emphasizing rave reviews on an attention-getting jacket, it’ll be money well spent.” IFC Films screener jackets have never looked this swanky. This one equals if not betters the usual award-season screener packaging from the major distributors. 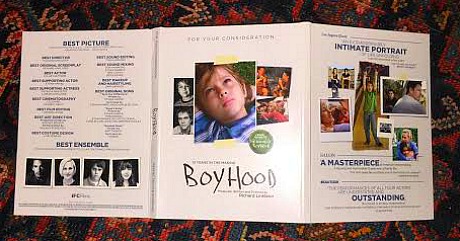 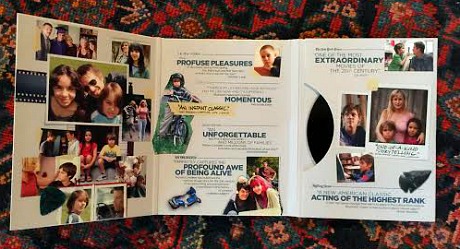 It’s interesting to note that the 11.22.63 Dr. Strangelove screening would have happened at the former Leow’s Orpheum (now AMC Leows Orpheum 7), which is way the hell up on Third Avenue and 86th Street. Nowadays nobody holds screenings north of 68th or 72nd Street on either side of town. I don’t think I attended an invitational screening on 86th Street during my entire 2008-to-2011 New York experience. And note the time — 8:30 pm. No invitational screenings start at that hour these days. For as long as I’ve been a journalist they’ve all begun at 7 or 7:30 pm. This harkens back to the ancient theatrical tradition of Broadway plays starting at 8:30 pm. 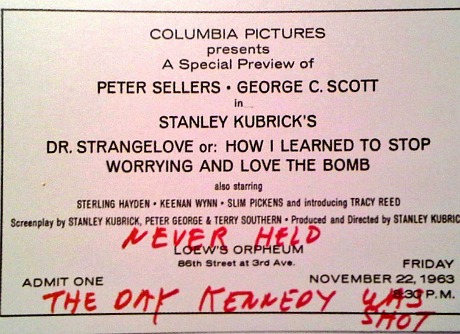