Hollywood Elsewhere spent nearly three agonizing hours driving out to Palm Springs this afternoon (2 pm to 5 pm) in order to cover the opening weekend of the 2015 Palm Springs International Film Festival. A Selma screening is about to happen at the Palm Springs High School (2248 E. Ramon Road), but I’ve seen it twice — do I really need to catch it a third time? A whoop-dee-doo reception at the Palm Springs Art Museum (1201 Museum Drive) follows around…oh, I’m guessing 9:15 pm or thereabouts. I’m staying at the “historic” Casa Cody. 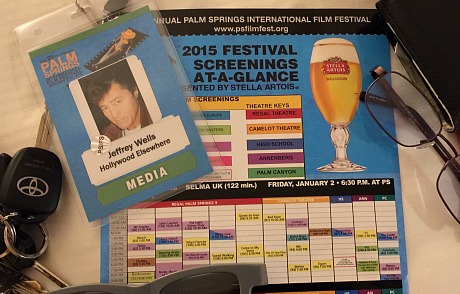 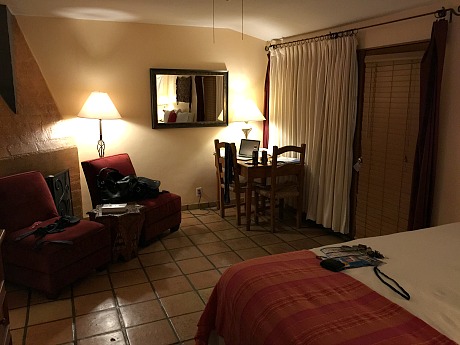 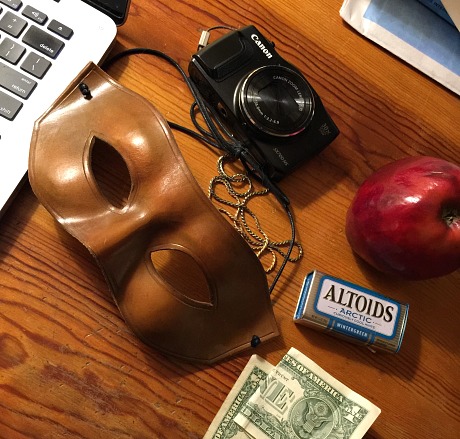 The Interstellar Bluray screener has been mailed to Academy and guild members, and sooner or later I’ll get a copy. And then the viewing I’ve been dreaming about for several weeks (i.e., ever since I realized at the initial TCL Chinese screening on 10.22 that I was missing whole chunks of dialogue due to Chris Nolan‘s decision to bury much of the exposition under Hans Zimmer‘s score and numerous sound effects) will finally come true. I’ll watch the Bluray with my own perfectly tuned sound system plus I’ll have the published screenplay on my lap, and I’ll be able to pause the film whenever I want and re-read each line whenever I feel like it, and finally every last line and every last reference will be completely clear to me and all the other dummies out there. Nothing will be obscured. I can’t wait. 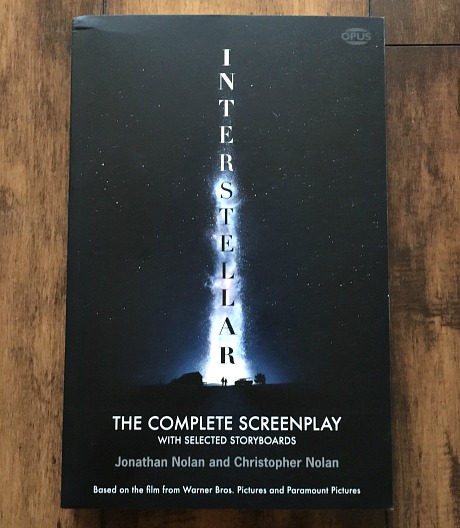 I was walking through an over-lighted CVS around 8:30 pm on New Year’s Eve when the vibe hit me, and it was like I was hearing Dire Straits‘ “So Far Away” for the first time. It’s a bit shocking to realize this song is just about 30 years old now, being a track from the “Brothers in Arms” album which popped in May ’85. I had decided that Mark Knopfler was a major-league guy when I got into his music for Bill Forsyth‘s Local Hero (’83). I was so jazzed when I first saw that film in Manhattan in late ’82. I remember walking uptown after the screening and popping into the old Cafe Central on Amsterdam and 75th (or whatever the address was) and finding Peter Riegert himself there and telling him what a great film it was and what a high I was on, etc. “And that pay phone ringing at the very end…that’s your guy calling!”,” I said after my second Jack Daniels and ginger ale, and Reigert, wondering if I was a little drunk or just a bit slow, smiled and nodded “yeah.” The only disconcerting thing about this Dire Straits video are the terrible ’80s haircuts.

On 12.23 I commented on a day-old documentary short by YouTube hotshot Josh Paler Lin that wound up getting loads of attention. It was about Lin laying $100 on a homeless guy named Thomas, and then following him to see what he’d do, and his camera covertly capturing Thomas hitting a liquor store — uh-oh — but using the $100 to buy food for other homeless people and then passing it around. The video goes on too long, but it had a nice little holiday-spirit vibe, and one result was that a lot of people donated cash to an Indiegogo campaign to help Thomas get a fresh start. (The current total is $135,000.) Except on 12.30 Vocativ‘s Shane Dixon Kavanaugh reported that the liquor-store purchase sequence was by all appearances staged. Taugan Tan Kadalim, a 26 year-old nursing student from Anaheim, tells Kavanaugh there’s “no way Thomas could have been secretly filmed—because he and Lin arrived at the liquor store in the same car. ‘The whole thing is bullshit,’ says Kadalim, who claims that on 12.20 he was outside the Euclid Liquor & Market, where the video’s pivotal scene is set. ‘Thomas knew he was being followed.’ Kadalim states. “[Lin] drove Thomas to the liquor store. While I think the guy is homeless, it is clear that from what I saw every part of that scene was staged.”

I guess I’m not understanding the tie situation that’s resulted in six, not five, American Cinema Editors nominations for a dramatic feature. Maybe it’s me. Maybe I’m a little fucked up or something. The Best Edited Feature Film noms were snagged by Boyhood, American Sniper, Gone Girl, The Imitation Game, Nightcrawler and Whiplash. So which two films tied for fifth place in terms of ballots, thus necessitating a sixth nomination?

I completely get and approve of nominations for (in this order) Whiplash, Gone Girl, The Imitation Game, Nightcrawler and American Sniper. But, due respect, I honestly don’t get an editing nomination for Boyhood. It’s obviously an assured, smoothly assembled time-passage thing but I didn’t emerge from last January’s big whoop-dee-doo Sundance screening saying, “Whoa, the editing!”

The ACE nominations for Best Edited Comedy or Musical: Birdman (best invisible cutting of the century), Guardians of the Galaxy (what?), Into The Woods (really?), Inherent Vice (forget it) and The Grand Budapest Hotel (yes!).

It takes character to admit you haven’t seen a respected, well-known film. I’d rather not admit to anything that makes me look under-experienced or under-educated. I prefer to fake it until people see through me, and even then I prefer to fake it. All to say I’ve never quite seen Stanley Donen‘s Two For The Road. That’s a way of saying I might have seen it, but if I did I’ve forgotten it. Until this evening I’d also never seen Preston Sturges‘ The Palm Beach Story. I didn’t see the Criterion Bluray — I watched a high-def version on Amazon. I’m asking HE loyalists to stand up and admit that they haven’t seen this or that significant, world-class film. Go on, get it off your chest. 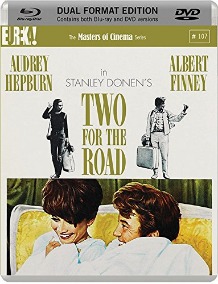 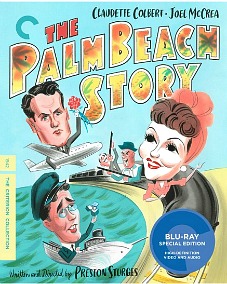