Rod Taylor always seemed to me like some kind of cultivated Irishman, but of course he was Australian. He had a classy, well-bred vibe during his peak leading-man period, which lasted…well, really only about six or seven years. Or from the time he was 30 until 36 or 37. If you want to be strict about it Taylor had two big starring roles, H.G. Wells in The Time Machine (’60) and the slightly rakish Mitch Brenner in Alfred Hitchcock‘s The Birds (’63)…and that was pretty much it in terms of class-A movies I can remember. He played a character roughly based on playwright Sean O’Casey in Jack Cardiff and John Ford‘s Young Cassidy (’65)…which I’ve never seen. Taylor was also in a lot of crap — A Gathering of Eagles (1963), The V.I.P.s (1963), Sunday in New York (1963), Fate Is the Hunter (1964), 36 Hours (1965), The Liquidator (1965), Do Not Disturb (1965), The Glass Bottom Boat (1966) Hotel (1967). The last good thing he did during his peak theatrical period was play a slick businessman in Michelangelo Antonioni‘s Zabriskie Point (1970). He mostly worked on the tube in the ’70s and ’80s. What counts is that he made it big, mattered for a while, enjoyed the ride and made a fine, robust impression. And now that he’s gone people are thinking about him…all over the world.

Ondi Timoner‘s BRAND: A Second Coming, a doc about Russell Brand that was largely shot by HE’s own Svetlana Cvetko (Red Army, Inside Job), will be the opening night film at Austin’s South by Southwest Festival (3.13-21). Also showing during the nine-day fest will be Karyn Kusama’s The Invitation, Alex Garland’s Ex Machina (w/ Oscar Isaac) and Michael Showalter’s Hello, My Name is Doris w/ Sally Field. I wasn’t totally delighted with my SXSW experience three or four years ago, but maybe I’ll give it another shot. The tab will be in the vicinity of $1500, I’m guessing. More? It’s cheaper now that I don’t drink. 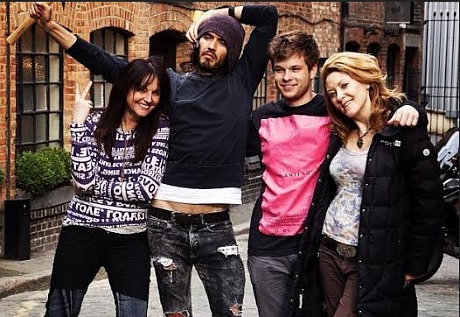 In a 1.5 piece titled “11 Movies To Watch Out For In 2015: The Non-Blockbuster Must-See Features Of The Year,” Esquire‘s Nick Schager has included Cameron Crowe‘s Son of Deep Tiki (Columbia, 5.29). Three possible factors: (1) Schager didn’t put two and two together when the film (otherwise known as “Untitled Cameron Crowe Project“) was bumped out of a 12.25.14 opening and into May 2015, (2) he didn’t get the December memo about Sony chief Amy Pascal’s displeasure with the film, or (3) he’s just a Crowe fan from way back and has decided against letting Elizabethtown and We Bought A Zoo get in the way of that. And that’s fine.

Seriously, I’m not trying to be an asshole here. I’ll always admire Crowe’s work throughout the ’90s and up until Almost Famous with…okay, a certain respect for Vanilla Sky. I’m sorry that things haven’t worked out that well over the last decade, but tomorrow is another day. So why doesn’t Crowe just shut down the heckling section by giving his upcoming film a title, for God’s sake? How hard can that be? If he were to actually call it Son of Deep Tiki (because the original version that had its plug pulled during pre-production was called Deep Tiki), it wouldn’t be all that bad. My point is that nothing says “watch out!” like a movie that hasn’t had a title for eons and still doesn’t have one less than five months before opening.

At last night’s Chateau Marmont Boyhood party I said hi to an L.A.-based female journalist who shall not be named or described. I mentioned that I’d just read something about one of the Charlie Hebdo killers having surrendered with the other two still at large. She looked at me with a friendly but uncertain expression. It was like she was saying “and…?” I could have been talking about fishing in a mountain stream near Yosemite. Her eyes shifted slightly, looking for a way to politely disengage. I should have known better than to talk about something that was of absolutely no interest to her, particularly at a party for Boyhood. I didn’t want to make it worse by saying something like “oh, sorry…I thought you might have a passing interest in discussing the murder of several French journalists” so I just smiled and said as little as possible. I’m sure that right after this she made her way over to where Patricia Arquette was sitting. 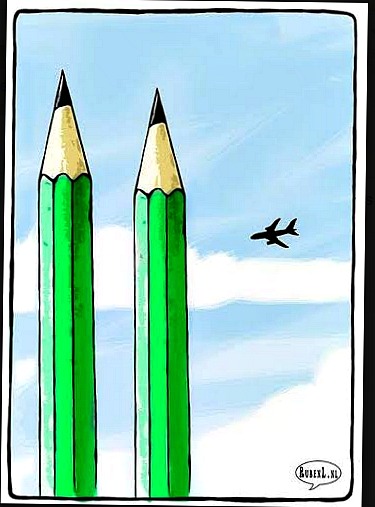 “Many of the Western voices criticizing the editors of Hebdo have had things exactly backward: Whether it’s the Obama White House or Time Magazine in the past or the Financial Times and (God help us) the Catholic League today, they’ve criticized the paper for provoking violence by being needlessly offensive and “inflammatory” (Jay Carney’s phrase), when the reality is that it’s precisely the violence that justifies the inflammatory content. In a different context, a context where the cartoons and other provocations only inspired angry press releases and furious blog comments, I might sympathize with the Financial Times’Tony Barber when he writes that publications like Hebdo “purport to strike a blow for freedom when they provoke Muslims, but are actually just being stupid.” (If all you have to fear is a religious group’s fax machine, what you’re doing might not be as truth-to-power-ish as you think.) But if publishing something might get you slaughtered and you publish it anyway, by definition you are striking a blow for freedom, and that’s precisely the context when you need your fellow citizens to set aside their squeamishness and rise to your defense.” — from Ross Douhat‘s 1.7 N.Y. Times column titled “The Blasphemy We Need.” Incidentally: Check out these twitter posts. 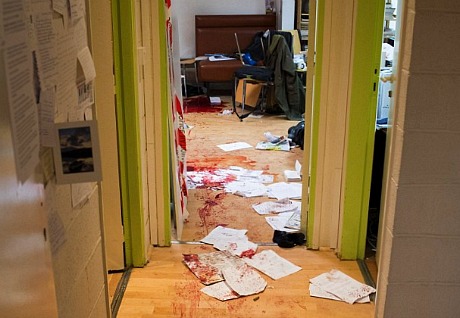 When Variety posted Guy Lodge‘s favorable review of Paul King and David Heyman‘s Paddington on 11.19, my reaction was, no offense, one of mistrust. First, you have to consider the native loyalty factor in any British critic’s review of a British-made film, and second, Lodge can be a tiny bit dweeby. (My suspicions were first aroused during the 2010 Cannes Film Festival when he creamed over Abbas Kiarostami‘s Certified Copy/Copie Conforme.) But during last night’s Boyhood party at the Chateau Marmont I was told by three journalists I know and trust that Paddington really works on its own terms and is quite good and so on. They saw it earlier this week at Harmony Gold/Aidikoff screenings I had blown off. I had presumed it must be a bit of a weak sister if Weinstein/Dimension had decided to give it a mid-January release. If it was a half-decent qualifier for a Best Animated Feature Oscar (and especially with Weinstein having shown Paddington excerpt footage in Cannes last May), why not give it a limited 2104 release in December? But those three guys insist it’s a real performer. On the other hand the clips I’ve seen make it seem awfully broad and geared to kids…I don’t know. Right now Paddington has a 97% Rotten Tomatoes rating. It opens here on 1.16. I’ll be catching a screening early next week. 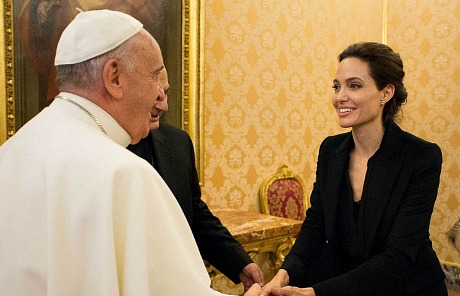