“Last night, Obama had the punchy, self-assured air of a President on a roll, freed of old encumbrances (a narrow, nervous Democratic majority in the Senate) and buoyed by both a big jump in his approval ratings and, most important, a growing economy. ‘We have risen from recession freer to write our own future than any other nation on Earth,’ he said. ‘We’ve seen the fastest economic growth in over a decade, our deficits cut by two-thirds, a stock market that has doubled, and health-care inflation at its lowest rate in fifty years.’ Here he paused, savored these statistics, then ad-libbed: ‘This is good news, people.’ A wink, a smile, a sideways glance. A man pleased with himself.” — from a SOTU review by The New Yorker‘s Jeff Sheshol.

Why would I shell out for a Criterion Bluray of Peter Yates‘ The Friends of Eddie Coyle (’73) when I already have the 2009 DVD, which looks totally delectable on my 60-inch Samsung plasma? Coyle isn’t meant to be a splendorific visual experience. It’s just a modest ’70s noir with some wonderfully authentic performances and great George V. Higgins dialogue. Honestly? I’m tempted to buy the Bluray anyway but that’s because I have a neurotic weakness for improved resolution. But if I buy the damn thing and I don’t get my Bluray “bump”, trouble will follow. 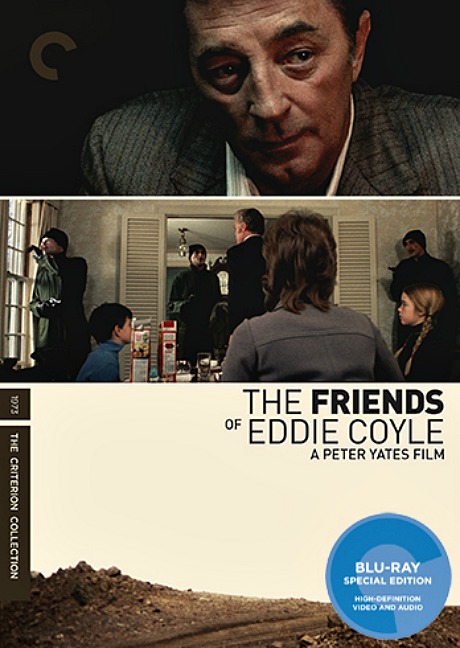 “Maybe that’s the trick to it — it was very character-based and very simple when you looked at it. People like Billy Wilder and Frank Capra would really work on structuring things to where everything made sense. But I felt like Preston Sturges knew these people. They were real people; they lived in him somehow and he would just go, ‘Well, here’s what they would do.’ And maybe they’re dictating the movie. All of the characters are just dictating what happened. It really feels like he doesn’t have any control over them. So, maybe he knew they were twins from the beginning and he’s a genius and I’m an idiot. I don’t know.” — Bill Hader on Preston Sturges and The Palm Beach Story (the Criterion Bluray pops on 1.20) with Vulture.com’s Bilge Ebiri.

From a 5.4.14 review by wegotthiscovered.com‘s Adam A. Donaldson: “Mad As Hell (2.6 in NY/LA/VOD) is a rare opportunity to use the life story of Cenk Uygur to say something about the modern media culture, but instead, it’s kind of about the awesomeness of Uygur, how he put together his Ocean’s 11 like team of media upstarts and rocked the so-called squares in their ivory tower, despite the fact that the man leading the revolution longed to have a corner office in one of those very same towers. The documentary does have great energy though, and if you’re unfamiliar with The Young Turks, this is probably a good introduction to the outlet. And hey, if you scroll over to YouTube and click ‘subscribe’ on the Young Turks channel, then I guess it’s mission accomplished. 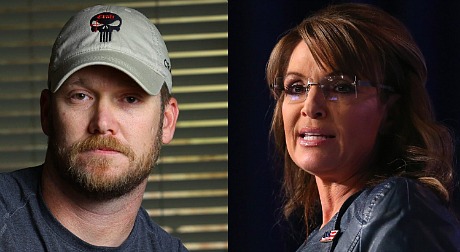 It has presumably occurred to Dennis Rodman that his 2013 romp-around with Kim Jong-Un in North Korea was the inspiration for James Franco‘s “Dave Skylark” character in The Interview. I’m presuming this isn’t discussed in Colin Offland and Matt Baker‘s Dennis Rodman’s Big Bang In Pyongyang, which will play at Slamdance on Sunday, 1.25. It’s abundantly clear from this trailer that Rodman, who reportedly will not be traveling to Park City to promote the doc, isn’t dealing from a full deck. Somewhat like Skylark, Rodman has claimed he didn’t know that the North Korean dictator had ordered certain atrocities, and has said fairly recently that he intends to return to North Korea and do some more hanging’ with his homie. “I’m not Martin Luther King…if someone wanted to shoot me, please, do it today.” Now, at least, there’s something I want to see at Slamdance.

Sometime in the recent past Mark Harris posted the 12.29 tweet from American Sniper screenwriter Jason Hall that explained why Clint Eastwood used the robot baby in that bizarre hospital room scene between Bradley Cooper and Sienna Miller. I would have posted this yesterday but Hall deleted the original tweet, which gave me pause. The last time I’ve seen a baby this fake-looking was in Larry Cohen‘s It’s Alive (’74).

It figures that this graffiti was painted on a billboard at the corner of Wilshire and Bundy, right in the heart of squishy, touch-feely Liberalville. The idea that someone actually believes that Chris Kyle‘s sniper kills constituted murder…the mind does cartwheels. Very few are this naive, I’m telling myself, but perhaps not? It makes this West Hollywood lefty who prays at the church of Real Time With Bill Maher feel embarassed for all West L.A. lefties and the general cause of liberalism. Clint, I apologize. They just need to breathe a little air.