I’ve never been head-over-heels in love with the TCM Classic Film Festival, but I’ve always liked watching restorations of classic films (DCPs and not the dreaded 35mm) on the big screen. I’ve been attending since 2011, or the festival’s second year, and I’ve always been press-credentialed. This year, however, I didn’t request the press pass soon enough and the Ginsberg-Libby p.r. guys are telling me they can’t bend the rules to help me out. If I want to see something I guess I can just show up and buy a ticket. Not worth fretting over but a bit of a pain. 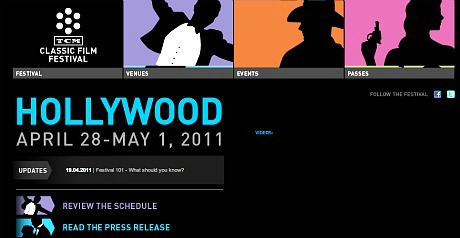 I have two good excuses for dropping the ball. One is that I was assuming the festival would happen in either mid-April (last year it ran from 4.10 through 4.13) or late April (in 2013, or the year of the 1.37:1 Shane, it ran from 4.25 thru 4.28). This year it’s happening from 3.26 through 3.29 — a full month earlier than the 2013 fest and two weeks earlier than last year’s. On top of which Chelsea Barredo, the gracious and compassionate Ginsberg-Libby publicist who took care of me in ’13 and ’14, is no longer with GL and her replacement didn’t send me a friendly reminder or nudge about the earlier dates. She didn’t get in touch at all about anything.

Expressing disgust or nausea at the culture of Twitter rage-heads out there isn’t the half of it. Roving mobs of howling, hyperventilating scream queens…scolds, fools, goons, brutes, low-lifes. Hair-trigger responses, short-attention-spans, no nuance, saliva missiles, spray pissings. A few spotters will shriek at this or that provocateur like Donald Sutherland shrieking at Veronica Cartwright at the end of Phil Kaufman‘s Invasion of the Body Snatchers. The mob turns and joins in the shrieking and runs over and beats the hell out of the “bad person” for some politically incorrect “error”, and then leaves him or her bleeding on the sidewalk as they move on, looking for the next transgressor. This is the medieval cyber country that we live in.

Bill Maher told Sean Penn last Friday that he’s getting tired of “politically correct assholes” lighting up every time someone says something “wrong” or outside the realm of the usual bromides and sentimental assurances. Penn called it the dark side of social media where people just like to hear the sound of their own voice. Maher suggested that these people have “never done anything good in their life and they want to feel like they’re the good people” by punishing anyone who says anything even mildly provocative. Maher: “They want to turn this country into a place I don’t want to live in.”

Does anyone remember Universal mentioning that Angelina Jolie‘s Unbroken was basically a film founded upon Christian theology and pretty much tailor-made for the Christian flock? Or critics pointing this out? Yeah, me neither. It was presented and received as a rugged, humanist war film about survival, and one that contained award-worthy direction, acting, cinematography (i.e, Roger Deakins). I really don’t remember many critics aside from myself bringing up the “suffering is next to Godliness” angle. My first reaction, posted on 12.1, stated that Unbroken was “Christian torture porn” and that it portrays “a good kind of suffering that feels vaguely Christian and conservative on some level…something tells me the Orange County crowd will find a place in their hearts.” Two days ago I got an email from Matthew Faraci‘s Faith-Driven Entertainment announcing that Universal Home Entertainment is including a special “Legacy of Faith” bonus disc available as part of the Unbroken DVD that pops on 3.24. Describing Jolie’s film as “one of only two faith films nominated for an Academy Award this year,” Faraci states that Unbroken “has received overwhelming support from faith leaders and audiences alike. The ‘Legacy of Faith’ bonus disc features 90 minutes of rich content from Louie Zamperini, Billy Graham, Greg Laurie and others.”