Daniel Espinosa‘s Child 44 deserves points for investing in historical realism (1953 Soviet Russia) while telling a murder-mystery tale, but it’s way too slow and long and grim. And my God, the whitewalls! The exact same Hitler Youth haircuts that were surrounding me at Whole Foods the other day are worn by Tom Hardy, Gary Oldman, Joel Kinnaman and Vincent Cassell, among others. The bottom line is that you just don’t want to “be” in this film. There’s no disputing that Stalin’s Russia was a relentlessly gray, morose and repressive place, but who wants to spend two hours and 17 minutes in the hell-hole of Child 44? It’s all about Hardy’s Leo Demidov, a deposed Ministry of State Security agent, trying to catch a serial child killer, but while catching or killing this monster will obviously save children’s lives, it won’t make any difference to anyone else. After a half-hour or so I was feeling a profound longing to escape from Child 44, but I had another 90 minutes to go. After 45 minutes I stretched out on the seats and caught a 20-minute nap. But I caught the last hour’s worth. 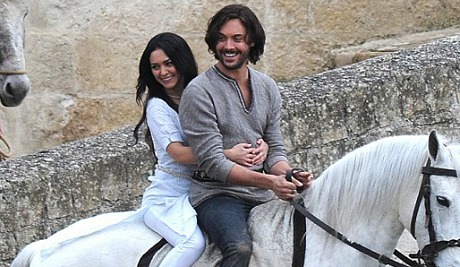 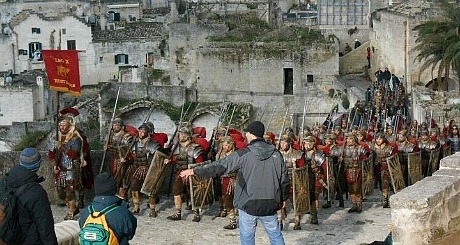 Josh Trank‘s Fantastic Four (20th Century Fox, 8.7) is a franchise reboot and the first grade-A film based on Stan Lee and Jack Kirby‘s 54 year-old Marvel comic book. Are Marvel superhero flicks about anything other than the making of money? Anything at all? Do they contain any echoes or metaphors about some aspect of 21st Century life, which the X-Men films had before Brett Ratner came along? Two reasons for concern: (a) one of the producers is Matthew Vaughn, which indicates that the film might have the same tone of cheap, candy-realm escapism as Vaughn’s Kingsman: The Secret Service; and (b) Fantastic Four was shot in Louisiana, which doesn’t necessarily mean it’ll have that craven “shot on a budget in Louisiana” vibe…but it might.

Matteo Garrone‘s The Tale of Tales, an English-language adaptation of Giambattista Basile’s same-titled fairy-tale omnibus (a.k.a., “Il racconto dei racconti”), will screen at next month’s Cannes Film Festival. The phrase that comes to mind off the top of my head is Garrone’s Satyricon minus the sex. The full title of a recent edition of Basile’s book includes the phrase “entertainment for little ones.” The Wiki page says Gerrone was drawn to Basile’s stories “for their mix of the real and the unreal, and because he found the themes in many of them to still be highly relevant.”

Desowitz back to HE: “I don’t know how Dolby and Barco differ, but IMAX stressed at the demo that their design breaks from the industry standard of using prims and xenon bulbs, which they believe sets them apart along with now filling the big screen without aspect ratio limitations (the featurette explains some of the tech). What I saw was very impressive. But yes, there appears to be three competitors. I need to find out about 60 frames from IMAX, which would allow them to show the upcoming Avatar films as well, which likely will be shown at 60 fps.”