This pic of Jared Leto‘s Joker in David Ayer‘s Suicide Squad (Warner Bros., 8.5.16) was tweeted by Ayer this afternoon. Freakier, I guess, than Heath Ledger or Jack Nicholson‘s version but what else could Leto do? Go tamer? Suicide Squad is the third installment in the DC Comics’ “shared universe” films. Directed and written by Ayer; also costarring Will Smith, Margot Robbie, Joel Kinnaman (is there anything Kinnaman isn’t costarring in?), Viola Davis, Jai Courtney and Cara Delevingne. 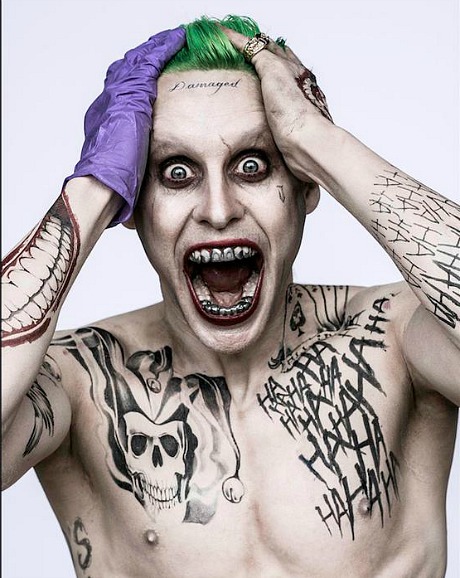 Lena Dunham spoke movingly and eloquently today about coping with sexual assault or exploitation and doing whatever may be possible to help teenage victims of same. It happened at Variety’s Power of Women New York luncheon, which was held at Cipriani on 42nd Street. Her pageboy haircut is unfortunate, but her speech was strongly phrased and well delivered. From the heart. But before we get too swept up in the goodness and rapture of women standing proudly arm-in-arm, consider the fact that Kim Kardashian was also honored at this luncheon (for what achievement exactly? to celebrate the fact that she’s rich and famous and that her derriere is strikingly proportioned? that she’s become an expert at self-parody?). The robotic way that Kardashian read from the teleprompter seemed almost like an ironic form of performance art. (Her speech is after the jump.) The other honorees were Glenn Close, Whoopi Goldberg and Rachel Weisz.

Three days ago I posted a piece titled “Realism Factor Is All But Meaningless.” It was inspired by that practical effect in the new upcoming Mission Impossible film of Tom Cruise hanging on to a plane taking off — a stunt that was not CG’ed (except for cover-ups of cables and harnesses and whatnot) but actually performed for real. I said that “it almost doesn’t matter because nobody believes anything they see in a movie is real so who cares?…if the shot had been CG’ed and green-screened the net effect would be identical.” I need to walk that back. I meant that most audiences probably can’t tell the difference between CG and practical effects, but I for one value the hell out of practical effects. And I completely agree with a recent tweet from “beardo” critic Sam Adams, to wit: “Practical effects are to CG as vinyl is to CD.” Everyone needs to stand up and cheer when a first-rate practical effect is used in a film, and I will always do whatever I can to point this out.  All I meant originally is that I’m not sure if regular-issue ticket buyers can tell the difference between CG and practical, or if they understand what a cool thing it is when real-deal action performing is woven into the fabric.

Cyborg rules of Furious 7 state that everyone is a T-1000 so nobody ever gets hurt (even if they’re in a car that somersaults down a rocky mountainside at a 45-degree angle) or the least bit tired. Then again vulnerability and fatigue haven’t been much of a concern in action films over the last..what, 30 or so years? I’m mentioning this because last night I happened to watch a high-def stream of Richard Lester‘s The Three Musketeers (’73), which is still far and away the finest of all the Musketeer films (1921 version with Douglas Fairbanks, 1935 version with Walter Abel, 1948 version with Gene Kelly, Lana Turner and Van Heflin, 1993 version with Brat Packers and 2011 version that everyone either hated or didn’t see) and then about half of the 1974 Part II portion (The Four Musketeers: Milady’s Revenge) that wasn’t as good. And I was delighted to note that guys in sword fights in both films always seemed to get exhausted after four or five minutes, particularly in the final duel between Michael York and Christopher Lee [immediately below]. I started to compose a list of action/fight scenes in which the participants seem noticably whipped at the end, and all I could think of were the two first-act sword fights in El Cid (Charlton Heston vs. Sophia Loren‘s father, Heston vs. the brawny bearded guy in the formal jousting match with poles and swords) and the prolonged fist fight between Heston and Gregory Peck in The Big Country. There have to be others. I’m not talking about fights in which the parties are bloodied or somewhat winded — I’m talking about fights in which both combatants are so depleted that they’re barely able to breathe.

Yesterday the p.c. harridans freaked over Avengers costars Jeremy Renner and Chris Evans referring to Scarlett Johansson‘s Black Widow as a “slut” and a “complete whore” during a junket interview with Digital Spy. Contrite Evans apology: “Yesterday we were asked about the rumors that Black Widow wanted to be in a relationship with both Hawkeye and Captain America. We answered in a very juvenile and offensive way that rightfully angered some fans. I regret it and sincerely apologize.” Much better Renner non-apology: “I am sorry that this tasteless joke about a fictional character offended anyone. It was not meant to be serious in any way. Just poking fun during an exhausting and tedious press tour.” Translation: “I’m sorry there are so many assholes out there.”

I hated the last hour of Man of Steel, but it never occured to me until now that the color scheme might been an aspect of the problem. Give us those nice bright colors. Give us the greens of summers. Make us think all the world’s a sunny day, oh yeah. 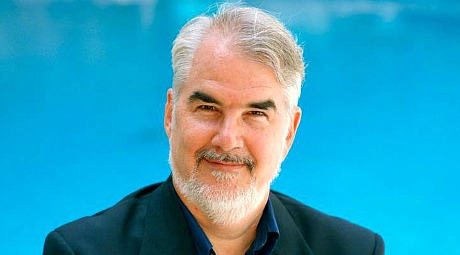