Directed by Harold Ramis, National Lampoon’s Vacation (’83) was a soft, silly comedy of humiliation aimed at the squares. The only thing I really liked about it was the “Holiday Road” theme song. I know that John Hughes‘ screenplay diluted the fuck out of his original National Lampoon short story “Vacation ’58,” which was much, much darker — it really shook hands with the repressed rage of the 1950s-era dads who gave so many boomers such miserable childhoods. The new Vacation (Warner Bros., 7.31) is seemingly a slightly more vulgar rehash of the ’83 film with Russell Griswold (Ed Helms), the son of Chevy Chase‘s Clark Griswold, determined to experience the same family horrors. I’d much rather see Doug Tirola‘s Drunk, Stoned, Brilliant, Dead again.

Nobody gives a damn about the secondary characters in Ant-Man (okay, maybe Michael Douglas‘s guy) so putting them all on the one-sheet is a waste and a stopper. And why is Paul Rudd‘s head significantly larger than everyone else’s? To remind everyone that he’s a hot-shot movie star? And why is he wearing a hoodie? Honestly, this is one of the most ineptly designed, non-catchy one-sheets I’ve seen in a long time. It looks like a Cannon poster from the mid ’80s. The Disney/Marvel release opens on 7.17. 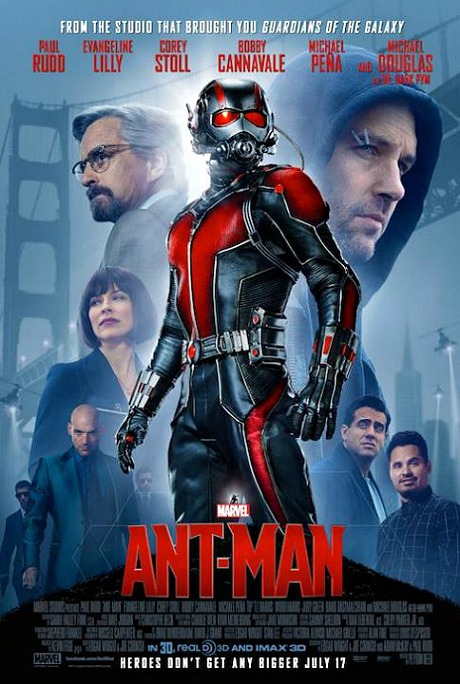 Quentin Tarantino‘s The Hateful Eight (Weinstein Co., sometime in the fall) might turn out to be “the meanest, grittiest and deadliest movie of the year” but as I’ve noted two or three times now, a draft of the script that was performed in downtown L.A. on 4.19.14 was basically just a buncha guys sittin’ around talkin’. Posted on 4.20.14: “It’s a fairly minor and almost dismissable thing — a colorful but basically mediocre Tarantino gabfest that mostly happens on a single interior set (i.e., Minnie’s Haberdashery, located somewhere near the Wyoming town of Red Rock during a fierce blizzard), and which unfolds in the vein of The Petrified Forest.” 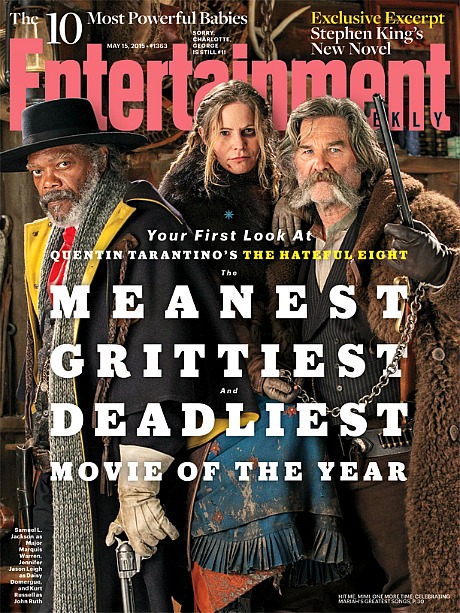 I’ve been waiting for a high-def version of Hal Ashby and Warren Beatty‘s Shampoo to come along for years, and I just noticed yesterday that one is streaming on Amazon right now. Posted six years ago: “The brittleness and acidity in Carrie Fisher‘s personality feels just right in this scene from Shampoo. And the look of slight confusion mixed with resignation on Warren Beatty‘s face when she pops the question is perfect. I wish there were more movies like this today. Whip-smart social comedies with more on their minds than just wanting to make people laugh, I mean.”

(More…)
May 7, 2015 9:40 amby Jeffrey Wells
11 Comments
HE Contributing to Welles’ Wind Indiegogo Campaign, But What About Beardo?

With distributors doubtful about commercial potential and unwilling to cough up, the team behind the assembly and restoration of Orson Welles‘ unfinished The Other Side of the Wind has decided to go the Indiegogo route. They’re looking to raise $2 million by June. Hollywood Elsewhere has contributed $110, and I’m urging everyone who cares the least bit about Welles’ legacy to give whatever they can, but where’s “Beardo” Spielberg when you really need him? What’s the point of being worth $3.5 billion if you can’t shrug your shoulders and drop $500K when the final effort of one of the 20th Century’s greatest and most legendary filmmakers needs a little help? Best part of Brooks Barnes’ N.Y. Times story about the fundraising effort: “[Frank] Marshall, whose producing credits range from Raiders of the Lost Ark to the coming Jurassic World and [Peter] Bogdanovich said they had never even heard of Indiegogo when the service approached [producer Filip Jan] Rymsza in November.”

May 7, 2015 9:10 amby Jeffrey Wells
3 Comments
“People Were Celebrating Us Way Beyond Reasonable”

My Grateful Dead romance, such as it was, peaked with the symphonic, at times jazzily exquisite Live Dead, which I still listen to on occasion. And I liked American Beauty and Workingman’s Dead as far as they went. But the Dead were a vibe first and a good band second. “Although not always described in the film in the most flattering of terms, Deadheads will find plenty to savor in Mike Fleiss’ The Other One: The Long, Strange Trip of Bob Weir, a revelatory documentary about Bob Weir, the Grateful Dead’s legendary rhythm guitarist.” Pic contains “fascinating archival footage, copious musical performances and extensive interviews with Weir, his contemporaries and many of the famous musicians he’s influenced.” — from Frank Scheck‘s 4.24 Hollywood Reporter review. The doc pops on Netflix on 5.22. 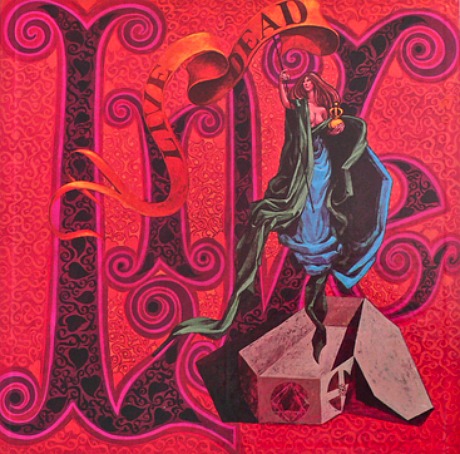