Is it okay if I post my review of Doug Ellin‘s Entourage (Warner Bros., 6.3) tomorrow morning? It’s a total throwaway — a theatrical release that behaves like an Entourage episode with a few more boobs and famous-face cameos. Obviously nobody cared when they made it. Well, they wanted the film to make money, of course, but there’s so much in this thing that feels surface-skimmy and smug and lightweight. I didn’t hate it but it’s lazy and diddly and too delighted with material abundance, and I have no room in my life for a movie that can’t be bothered to sweat out the difficulty of being good or at least interesting. At no time was I under the impression that anyone involved in the making had sweated or given any kind of serious thought to anything. I just sat there with my luggage in the row ahead of me (I’d come right from JFK on the A train — 50 minutes from Howard Beach to 8th Avenue and 34th Street) and waited for it to end. The boobs are healthy and bouncy like only early 20something boobs can be, but they didn’t do anything for me because their carriers (i.e., the women) lacked intrigue and complexity…sorry. Hooray for Ellin and producer Mark Wahlberg and Adrian Grenier and the other cast members making more dough off this thing, and to everyone else who collected a nice paycheck during production or in post. I’ll get into it a bit more tomorrow morning. My flight to Los Angeles leaves in the late afternoon so there’s plenty of time. 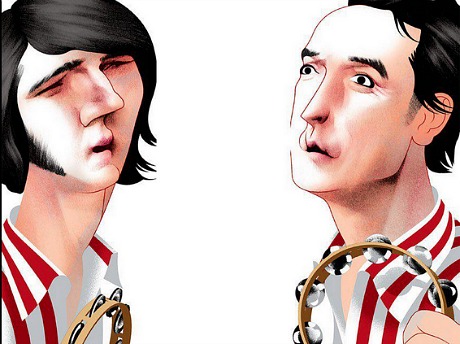 Yes, Caitlyn Jenner looks a little like Jessica Lange. But again, why the effort? Why the big, attention-seeking Vanity Fair projection of a glammy, sexy woman? She told Diane Sawyer during that 4.24.15 interview that she’s “not gay…I’ve never been with a guy” and that while he/she’s been attracted to women all his/her life, that’s no longer the case — “I’m asexual.” And yet she’s obviously projecting a sexual aura. If she’s decided to be sexual, fine, but what’s the point of the VF cover if sexuality isn’t on the table? Why can’t Caitlyn just be womanly, nurturing and compassionate and let it go at that? That aside, a question that all hetero males (including Eddie Murphy types) are probably asking themselves is “would you hit that?” Answer: No, I wouldn’t because her shoulders are too broad, her feet are way too big and Jenner is 6′ 2″. 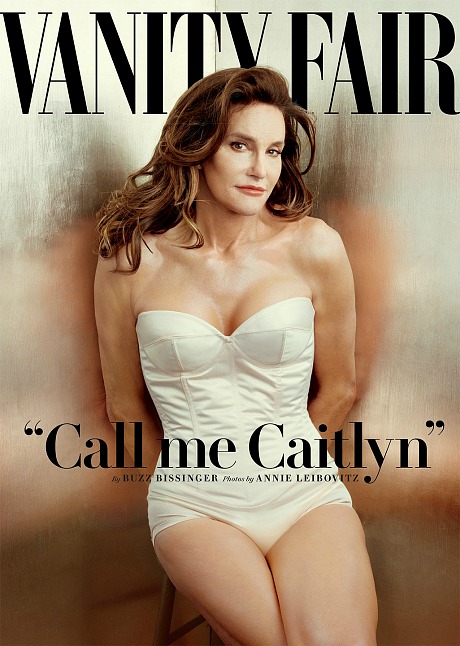 55 Comments
Everyone Needs To Pack Heat to Guard Against School Shooters, Government Baddies

In a just-published interview in British GQ, slimmed-down True Detective star Vince Vaughn says that anyone and everyone should arm themselves (including elementary school teachers and administrators) to prevent the next school slaughter. Which would at least allow for the potential of daily Sam Peckinpah gunfights at the O.K. Corral. Vaughn also wants everybody to have a pistol or rifle in order to “resist the supreme power of a corrupt and abusive government.” So if the government gets too pushy or malevolent Vaughn and his pallies are going to disappear into the forest and become Wolverine-like guerillas? Guns are a fetishy appendage for right-wingers — fantasy metaphors for individual strength and the potential to resist born of wild-west machismo. On top of which everyone walking around with a weapon would mean a lot more people getting plugged, not less. 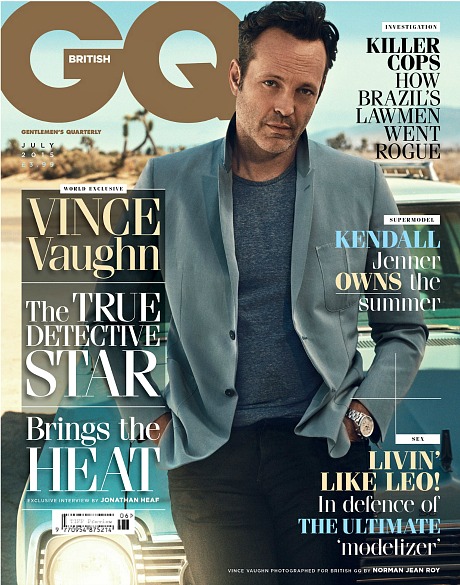 It appears that on some level my mixed feelings about Hillary Clinton (i.e., not much of a fan but will vote for her in the general election to save the country from Marco Rubio) are being shared to some extent. A new Quinnipiac poll shows that her support among independent males is sinking and that right now she’s nearly even with Rubio…good God! All along I’ve been operating on an assumption that none of the Republican stooge wannabes are strong enough to beat her and that she’ll win the general one way or the other. For the first time it’s hitting me that Rubio, a pandering climate-change denier, could conceivably win. Rubio! 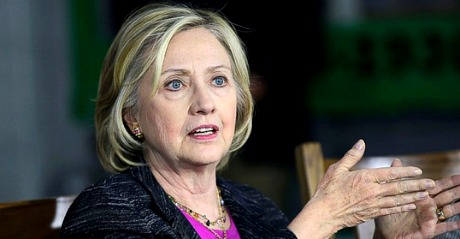 Clinton’s problems are mainly due to a slippage among independent male voters, say pollsters, and are more particularly due to Eghazi fallout, a feeling that she’s greedy (ridiculous speaking fees, Clinton Foundation razmatazz), an inability to inspire trust, a sense that she lacks empathy for working schmoes, those puffy eye bags (go ahead and laugh but all aspects of a person’s physical appearance are metaphors) and her natural, God-given ability to generate strong negatives.

I swear to God that a good third of Clinton’s problems would disappear if she would just drop a few pounds and have a little “work” done. Perhaps more than a third. Getting a personality transplant would also help. I know this sounds lame or superficial but hear me out.

Hillary obviously has nothing to worry about with women voters — her problem is with guys. As much as I hate to say this (and please understand I’m in no way respecting or winking at this attitude) Clinton’s problems are at least partly due to the fact she has this crabby neghead vibe, that she doesn’t seem to be all that mellow or kindly. She looks like a vaguely snitty, pissed-off granny who possibly sips a little too much wine. Guys are visually guided and like to vote for semi-attractive women, or at the very least women who don’t give off contentious ex-wife vibes. Elizabeth Warren has a far more genteel, agreeable manner than Clinton, which is one reason why I wanted her to run.