There are at least two things wrong with the cover of Criterion’s Breaker Morant Bluray (available on 9.22). One, the climactic execution in the film involves two condemned men. Two, the victim on the Criterion cover seems to be in his teens or early 20s while the actual victims, Edward Woodward and Bryan Brown, are in their 30s. You could make it three if you consider an image from the film’s execution scene that I found a few minutes ago. Beats the illustration all to hell. 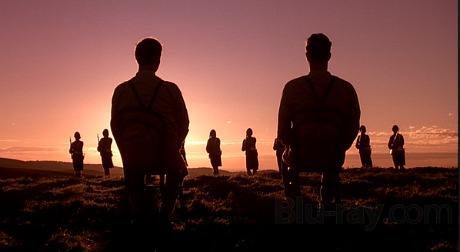 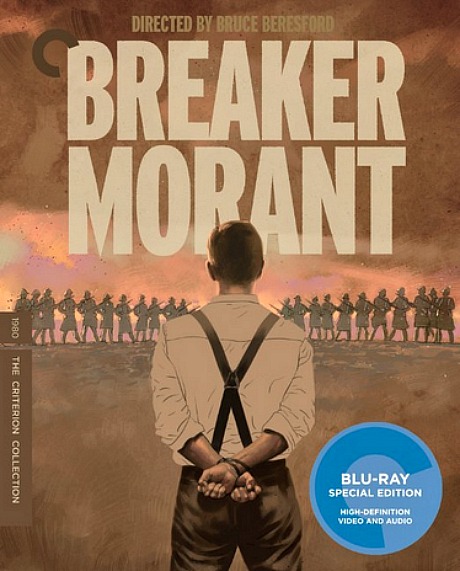 Deadline‘s Anita Busch is reporting that Federico Fellini’s estate has closed an option agreement with AMBI Group’s Andrea Iervolino and Monika Bacardi to remake La Dolce Vita, Fellini’s 1960 classic which put Marcello Mastroianni and Anita Ekberg on the map. All this means is that the rights-holders want some money. It also indicates that Iervolino and Macardi aren’t aware that La Dolce Vita was more or less remade two years ago by Paolo Sorrentino‘s La Grande Bellezza (The Great Beauty).

From my 5.20.13 Cannes Film Festival review: “La Grande Bellezza is not just a return to the highly stylized realm of Il Divo, but a channelling of Federico Fellini‘s 8 1/2 and La Dolce Vita with perhaps a few sprinkles of Fellini Satyricon…it’s a contemporary Roman dream fantasia, familiar and picturesque and deliciously unreal. [It’s] a kind of meditation or spiritual journey piece about a 60ish good-time-Charlie journalist (Toni Servillo), a likably decadent party animal living the nocturnal high life with a crowd of elite Roman pallies cut from the same cloth as Marcello Mastroianni, Anita Ekberg and all the other decadent revellers from the Rome of 50-something years ago.”

Two or three weeks ago I finally saw John Crowley‘s Brooklyn (Fox Searchlight, 11.6), which I’d missed at Sundance. Except I saw it on a third-generation DVD dupe, and so it looked and sounded like hell. So I’m “seeing” it for the first time, in a sense, via the trailer. The raves, in any event, are fully justified. This is a solid, heartfelt, seriously romantic winner — classic and “old school” in the finest sense of that term. Best Picture prospects seem assured, and Saoirse Ronan (again — her first name is pronounced “Sersha”) is a near-lock for a Best Actress nomination. Ditto Crowley for Best Director and Nick Hornby for Best Adapted Screenplay. Here’s to seeing it again under proper theatrical circumstances.

I went into last night’s Ant-Man screening with an attitude, but it surprised the hell out of me. It’s basically a dry, highly disciplined, emotionally grounded, bang-on comedy. It doesn’t try to sell or invest in the usual Marvel fantasy fizz — it fucks with it, turns the whole thing into a joke. It’s so much better than I expected that you could call me flabbergasted. Surprising as this may sound (especially to me), Ant-Man is my favorite Marvel film yet. The Hollywood Reporter‘s Todd McCarthy said yesterday it’s not quite as engaging as Guardians of the Galaxy; I think it’s a little bit better. 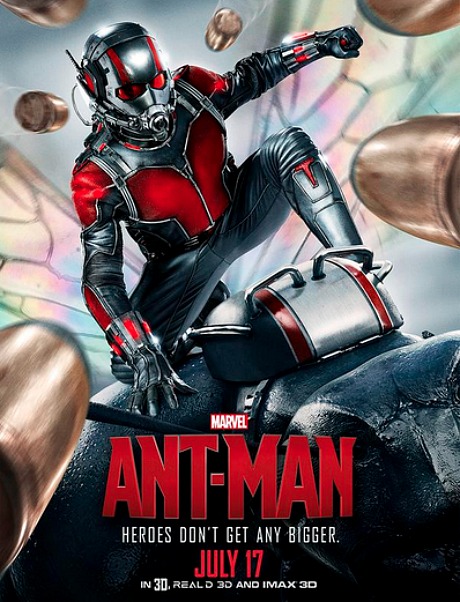