Update: Earlier this evening I read a 9.18 interview with Alejandro G. Inarritu in Imagen, a Mexican film magazine, that seemed to contradict information I was recently given about Inarritu’s The Revenant not expected to be finished “until December” because there’s “a lot more work to be done.” This was because the article states that the film is “90% complete” except for the ending, as Inarritu likes to shoot in sequence. The article also reports (and I’ve independently confirmed with Inarritu) that the finale will be filmed over a four-day period later this month (and possibly into early August) in Ushuaia, Argentina. AGI leaves this coming Sunday, or on 7.26. This indicated to me at least that the film might be screenable before December, but Inarritu says no. He re-affirmed the 12.25 release date and said he is “still editing and in full post-production until then. Not finished at all.” 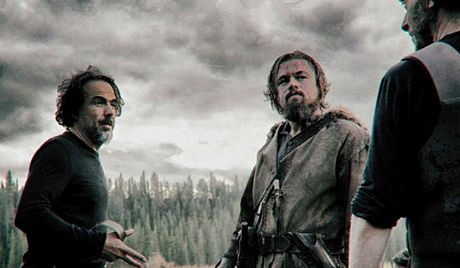 The Revenant began shooting in October 2014 in areas near Calgary, Alberta, as well as in British Columbia. The Wiki page says principal photography was originally scheduled to end in March although Inarritu subsequently stated that production would last “until the end of April or [into] May.” However a sudden heat wave melted the Alberta snow and forced Team Revenant to quit before they could finish.

It is now winter in Ushuaia, a resort town on Argentina’s Tierra del Fuego archipelago — the southernmost tip of South America known as “the end of the world.” Current Ushuaia temperatures are averaging in the 30s so finding snow shouldn’t be a problem.

The Imagen article, digitally translated into crude English from the original Spanish, states that “in two weeks” Inarritu, dp Emmanuel Lubezki, presumably Leonardo DiCaprio along with other cast members and a crew will fly to Ushuaia to shoot the final scene or sequence, which will take roughly four days, as noted.  “It’s frightening what global warming is doing,” Inarritu tells the magazine. “The other thing is that it’s crazy…I’m editing and yet I have yet to shoot the final scene, but I have no choice. I need snow in summer and the only place I can find that is now is in Patagonia.” (Thanks to HE reader “Alvy Singer/Songwriter” for the link.)

Does “90% complete” mean that the film is more or less cut into some kind of coherent shape except for the yet-to-be-filmed finale? One would presume so. The normal pattern these days is to begin editing on films as soon as shooting begins, and The Revenant, as noted, has been shooting since last fall.

“I saw this film as an opportunity to explore the possibilities and reasons for what keeps us striving to live when you have lost everything,” Inarritu tells Imagen. “When I talk about losing everything I also mean health, hope or emotional relationships. So what do we have? Why do we continue?”

It was reported earlier today that Gawker Media exec editor Tommy Craggs and Gawker.com editor-in-chief Max Read have resigned after honcho Nick Denton removed a slimey post about a New York media executive’s attempt to book a male prostitute and a blackmail attempt that followed. Craggs and Read felt that Denton had violated a firewall between management and editorial, and that they needed to resign for the cause of editorial independence and journalistic honor. How about this? How about nobody ever reports anything about anybody’s sex life unless something truly cruel and criminal has taken place (as in the case of Bill Cosby‘s decades-long pathology)? How about rolling it back to the days of JFK when journalists just left that shit alone? As an exercise, I mean. Give it a whirl, see how it feels. 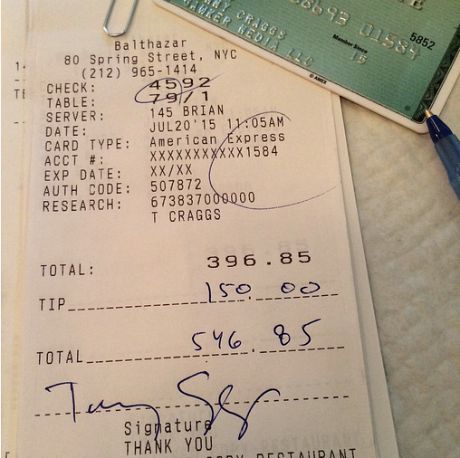 Tab at Balthazar that Craggs charged to Gawker Media before resigning. (Pic originally posted by Mashable.) A 33% tip? I’m more of a 20% tipper unless the music is too loud and management won’t turn it down, in which case the waiter gets 5%.
July 20, 2015 4:36 pmby Jeffrey Wells
17 Comments
Late Afternoon Lethargy 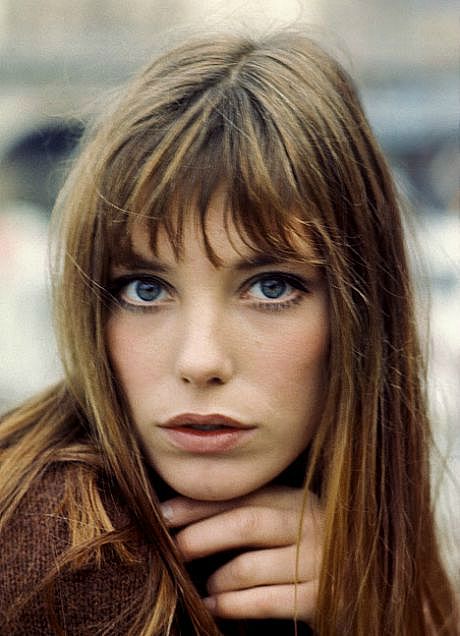 Jane Birkin, mother of Charlotte Gainsbourg and ex-partner of the late Serge Gainsbourg, in the late ’60s. 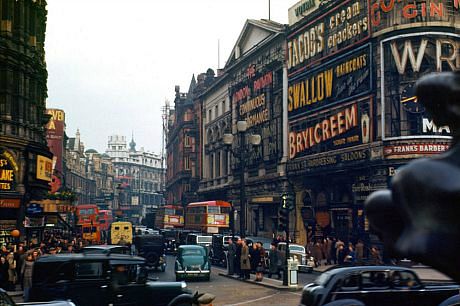 London’s Coventry Street in 1949 — the London Pavillion is now part of the London Trocadero. (Thanks to HE reader Paul Dumont.) 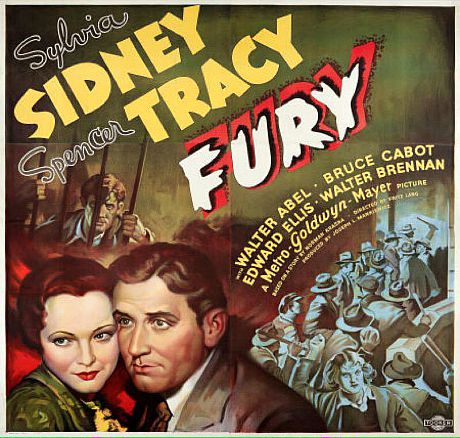 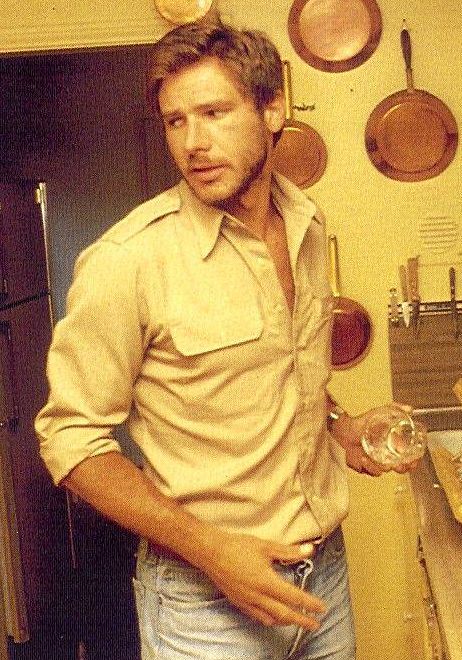 6 Comments
Strangers In The Night

I chose not to see Before We Go last September in Toronto, but I’ve no bone to pick with congenial romantic two-handers as a rule. Especially with Chris Evans (who also directed) and Alice Eve as the leads. I might even fork over the $22.99 it’ll cost to see as high-def version on Vudu starting tomorrow. But my first thought as I watched the trailer was “what if the jowly guy sitting behind Amy Schumer in that Trainwreck bar was the guy with the guitar offering to help Eve find a place to crash?” Because that would be a tad more realistic. I just don’t believe that husky beardos who look like Evans would be playing trumpet for spare change in Grand Central Station.

From David Rooney‘s Hollywood Reporter review, posted from Toronto on 9.12.14: “If you’re going to make an ultra-naturalistic, two-character, walking-and-talking romance that tips its hat to Before Sunrise, then it’s best to avoid a script loaded with contrived situations and overwritten dialogue. That’s the obstacle that hobbles Before We Go, Chris Evans’ wispy directing debut, almost from the start. Bland characters don’t help much either.

In the annals of longform cable scriptwriting there’s nothing so loathsome as killing a character off and then saying “Well, maybe he’ll return somehow.” If you decide not to kill a character, fine, but once you’ve done it, stick to it. Fudging around because the fans don’t like it is pathetic — an admission that you have no integrity, no backbone. If the fans want the character restored to life, you need to post on the show’s website or Facebook page, “I get it, I’m sorry, I know how you feel. But the ship has sailed and he’s fucking dead. On top of which he was too short to begin with.” 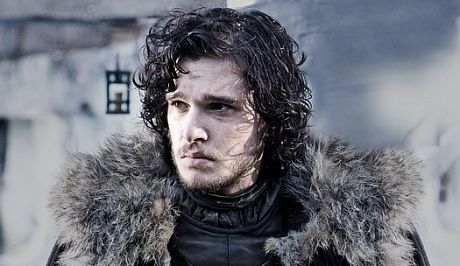 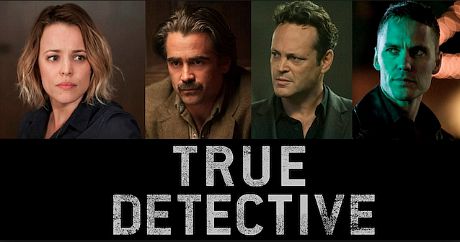