All along I’ve been presuming that Martin Scorsese‘s Silence might open in late 2015 but that a 2016 release was just as (if not slightly more) likely. In a 6.28 Best Picture spitball piece MCN’s David Poland flatly declared that we should Scorsese’s film to be given “a December berth and a November premiere.” Well, a couple of days ago I was told that Silence definitely won’t open this year and that it may debut in Cannes next May. 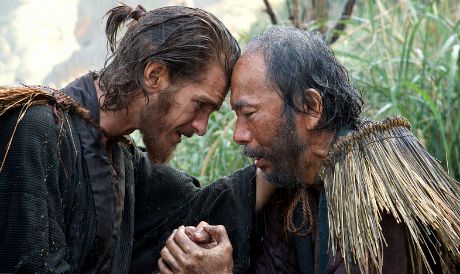 So what are the reactions to Southpaw? There’s no ignoring that 57% Rotten Tomatoes grade. Does Jake Gyllenhaal get a pass at least? Here’s my 7.22 review. From Richard Brody’s 7.24 New Yorker review: “The boxing drama Southpaw has the chilling feel of a movie made to fit the requirements of a dictatorship — not a political one but, rather, a bureaucratic one. The creations of the director, Antoine Fuqua, and the screenwriter, Kurt Sutter, seem to have been freeze-dried, cut into card-sized tiles, and laid out sequentially — sustaining only the shallowest definition of character, connected only by the thinnest string of motive, and hermetically isolated from the practicalities among which the action ostensibly takes place.” Update: Okay, no interest. 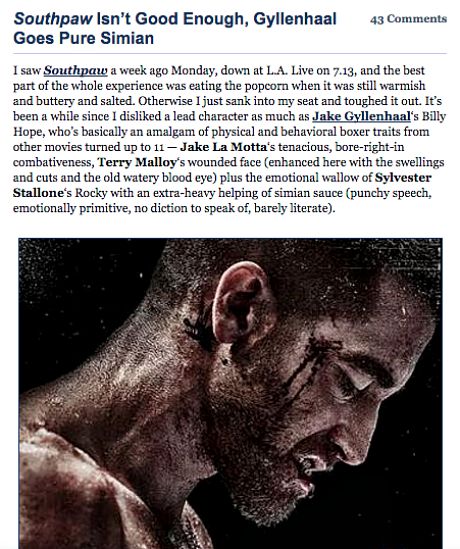 A long time ago in a galaxy far, far away, a boxy version of Stanley Kubrick‘s Lolita was issued on Criterion CAV laser disc. By this I mean a version that was partly presented in a 1.37:1 aspect ratio with occasional 1.66 croppings from time to time. Dr. Strangelove was also presented this way (1.37/1.66) on an early Columbia-TriStar Home Video DVD, back before the 1.85 fascists muscled their way in and started cleavering everything. Yes, I’m happy that the current Lolita Bluray is cropped at 1.66, but boy, would I love to get hold of a high-def version of that 1992 Criterion laser disc. You think Kubrick (whose birthday is being celebrated today) didn’t sign off on the boxy Lolita? Of course he did. 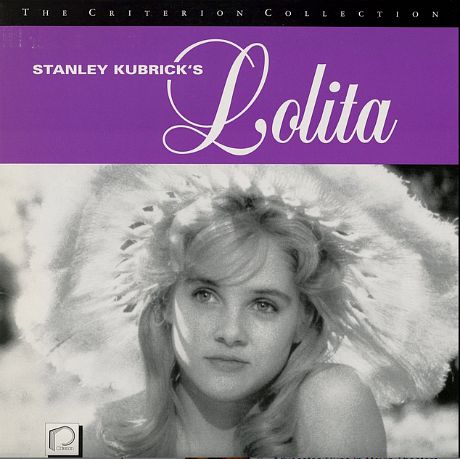 I’ve just read Robin Write‘s two-part q & a with Awards Daily‘s Sasha Stone (part 1 posted Friday, part 2 on Saturday), and I’m sorry but (a) it feels too abbreviated and (b) the questions aren’t punchy or probing enough. I know Sasha and the whole novelistic lay of the land here — the difficulties, detours, political intrigues, personalities, backstories and bickerings. And Write just skims the surface. Generalities, gentle vibes and a mutual admiration pact are good to start with, but then you’ve gotta get down. 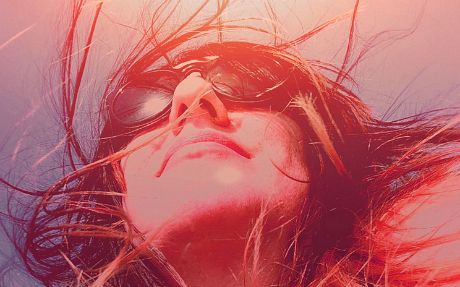 I was at a stop-sign intersection the other day in Beverly Hills with the drivers of two or three cars looking at each other and wondering who would go first. The DMV handbook says to defer to the guy on your right, but that never seems to work as the guy on the right is usually deferring to some timid, deferential impulse and is unwilling to make the first move. Or he’s texting or not paying attention. The best strategy is to wait two or three seconds and then go for it. People usually roll with the idea of a guy on a motorcycle going first, and I tend to take advantage of that. So I crossed and was rolling along down the next block and then I saw a guy halfway into the next intersection and was ready to turn left. So I approached with an assumption that he would go first and I would wait before continuing on. But when I got closer he didn’t have the balls to go for it so I went instead, and so the guy honked. The honk meant “hey, show some manners! I was about to turn left in the intersection and you just pulled in front of me like you own the road.” I understood what he was saying. I didn’t mind that he honked. It’s okay. On the other hand I presume that he understood then and understands now that if a driver lacks decisiveness he/she is going to have to wait for decisive, take-charge drivers to go first. It’s not a big deal. Sometimes I’m the timid guy and when somebody else goes first, I accept it.

Guerneville, you should know, is a couple of miles from Monte Rio, which of course is where the fabled Bohemian Grove is located. (Here’s a map of the area.) A private 700-square-acre retreat for powerful white guys, Bohemian Grove is known for having hosted all kinds of pagan bonfire celebrations with guys wearing animal heads and loin cloths and pissing in the bushes. The Wiki page quotes Bill Clinton as describing the Bohemian Club as a place “where all those rich Republicans go up and stand naked against redwood trees, right?” On the Watergate tapes Richard Nixon is heard saying that he’s visited “from time to time…but it is the most faggy goddamn thing you could ever imagine.”

At this stage in the investigation of the Sandra Bland tragedy it really would require an exceptional degree of determination to believe that she might have been killed by Sheriff’s deputies in Waller County Jail on July 13th, or three days after allegedly kicking state trooper Brian Encinia after he pulled her over for a penny-ante traffic violation in Prairie View, Texas. The concept of a 28 year-old woman hanging herself over being temporarily incarcerated sounds extremely bizarre, but all the evidence points to suicide. It makes no “sense” apart from Bland having allegedly been distraught over her bail amount and having told authorities that she attempted suicide earlier, but there’s just no way to trust any other interpretation.

Another mass shooting will happen sooner or later, and then another one after that and so on. Accepting the possiblility of being murdered in a workplace or a movie theatre or a school by an unstable nutter is part of the price we pay for American citizenship. A mild, fair-minded background check amendment for commercial gun sales was killed by the U.S. Senate in April 2013 in a 54-46 vote, and among the Republican Senators from “gun states” who voted it down were Lamar Alexander of Tennessee, Ted Cruz of Texas, Lindsey Graham of South Carolina, Orrin Hatch of Utah, Mitch McConnell of Kentucky and Marco Rubio of Florida. Will this country be as gun crazy when the Millenials are running things 20 years from now?