The 53-seat Charles Aidikoff screening room, located at 150 So. Rodeo Drive for the last 33 years, shut its doors today and may not open again until February 2016. This is according to an associate of founder Charles Aidikoff, who celebrated his 100th birthday on 2.22.15. The history of the business isn’t vague but the reasons for what went wrong sure are. Charlie began the business in 1966 with the original screening room at Sunset and Doheny, and then moved the operation to the current location in ’92. But then he lost control of the business four or five years ago due to the recession. So he sold or split control of the operation with six partners, and then disagreements between said partners somehow manifested and then worsened, and then finally a court order arrived today instructing the business to be dissolved. Whatever the issues it makes no sense whatsoever to shut down an in-demand Beverly Hills screening room between now and February (award season kicks off just after Labor Day and things always get really busy in November, December, January and February) but that’s the shot. I’m sure there’s more to the story but that’s all I got over the course of a four-minute phone call, two minutes of which I spent on hold.

There are reportedly at least 45 women who have accused Bill Cosby of mickey-finn rape. There are probably still more who haven’t yet spilled the beans. Now there’s a New York cover story, reported and written by Noreen Malone, that’s comprised of testimony from 35 Cosby victims. It’s titled “‘I’m No Longer Afraid’: 35 Women Tell Their Stories About Being Assaulted by Bill Cosby, and the Culture That Wouldn’t Listen.” The photos are by Amanda Deene. And by the way, the term “the Cosbies” came from friend Joan Tarshis, who is one of the 35 and who “came out” in a Hollywood Elsewhere story on 11.16.14. 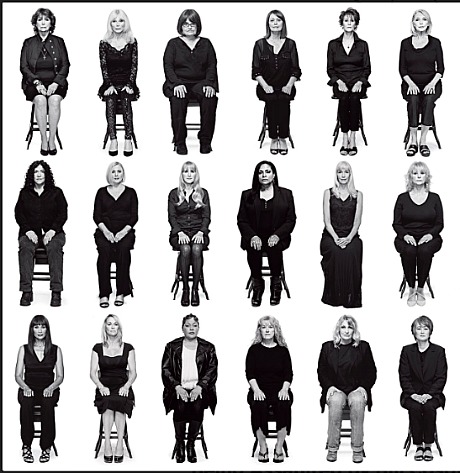 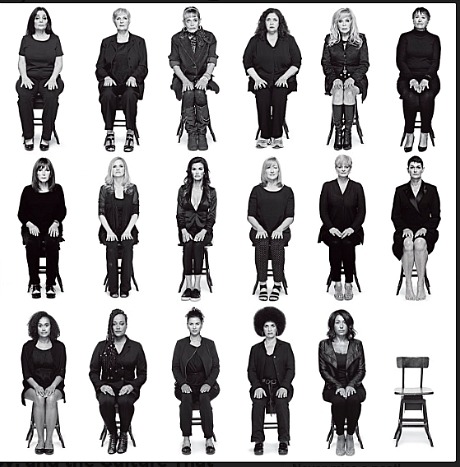 It was announced last Friday that Warner Bros. will release David Gordon Green, George Clooney and Grant Heslov‘s Our Brand Is Crisis, a political dramedy with Sandra Bullock, Scoot McNairy and Billy Bob Thornton, on 10.30. To me this indicates a possible debut at one of the early September film festivals (Venice, Telluride, Toronto) as a movie with this kind of dry political material (pic is about American political consultants helping out a presidential candidate during a Bolivian election) is probably too hip for Joe Popcorn and needs ahead–of–the–curve journo buzz to raise awareness. 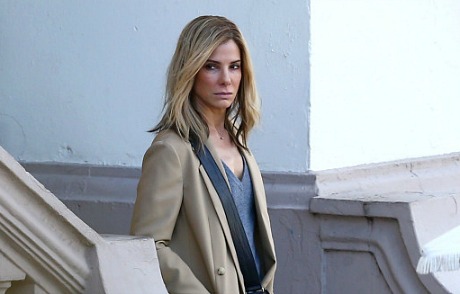 On 7.14 I listed Our Brand Is Crisis as one of my Telluride wishies. If it plays Telluride Clooney, Bullock, Heslov, Green and Thornton could attend. One would presume this, I mean.

On 6.21 I reported that Crisis was about to be research-screened on Tuesday, 6.23, at the Arclight Sherman Oaks. It was previously screened for a test audience in Pasadena’s Old Town on Monday, 4.27.

4 Comments
One Telluride Heartbreaker, But Possibly Not Two

Congrats to N.Y. Film Festival director Kent Jones for landing Danny Boyle, Aaron Sorkin and Scott Rudin‘s Steve Jobs (Universal, 10.9) as a festival centerpiece screening on Saturday, 10.3. I’d be lying if I said I wasn’t disappointed that this suggests it may not screen first in Telluride, but maybe not. On one hand I’m presuming that Jones wouldn’t accept sloppy seconds, but on the other a NYFF insider has reminded me that a centerpiece slot doesn’t require that the film be a world premiere. Plus the N.Y. Times announcement story doesn’t use the term “world premiere.” Plus L.A. Times reporter Steve Zeitchik has tweeted that “indications are Steve Jobs will be at either Telluride or Toronto first.”

On the other hand I’ve been firmly told that it’s “not true” that Jay Roach‘s Trumbo (Bleecker Street, 11.6) will play Telluride. This feels unfortunate from my perspective as Trumbo, a modestly-budgeted, character-driven period drama, seemed like a perfect Telluride headliner. The no-Telluride conveyance indicates, of course, that the producers have accepted a big Toronto Film Festival premiere slot during the first four days on the condition that their film wouldn’t play in the Rockies first. Maybe it’ll play Venice first?

Originally posted on 2.6.12: One of the most historic red-carpet interviews of all time happened when Bert Parks, a glad-handing red carpet gadfly, interviewed director Joseph L. Mankiewicz before the June 12, 1963 premiere of Cleopatra, and got these three quotes: (a) “You must know something I don’t” (in response to Parks calling the film “a wonderful, wonderful achievement”), (b) “Everything connected with Cleopatra is beyond my control at the moment” and (c) “I feel like the guillotine [is] about to drop.”

I’ve spent most of the morning listening to Camille Paglia YouTube videos — an interview she did seven weeks ago with Reason.com’s Nick Gillespie, a lecture she gave during the 2012 Chicago Humanities Festival and a 1996 interview she did with Politically Correct‘s Bill Maher. I’ve been a rapt admirer of her contrarian puncturing…her radical, libertarian, anti-leftist-Stalinoid views since the early ’90s. I don’t agree with everything she says, but she’s one of the few truly unshackled, bold-as-brass cultural critics, and I love her obviously valuable, fully considered opinions mixed with her shoot-from-the-hip, motor-mouth way of speaking. She’s always a turn-on. A mind like a bullwhip.

Yesterday’s post about an apparent decision by Paramount Pictures to open Martin Scorsese‘s Silence in 2016 (and possibly to debut it in Cannes next May) makes sense all around, and is hardly surpising. Wikipedia and the IMDB have been calling this a 2016 release all along. The only person who’s projected a late-2015 Silence release has been David Poland, to my knowledge. There were natural expectations that it would receive some kind of late-breaking award-season release, being a Scorsese film and all. But not if you look at the particulars.

Silence would be coming out at year’s end only if it was seen as some kind of natural award-season wowser (as The Wolf of Wall Street clearly was to anyone with half a brain), and I’m presuming this is not what the Paramount gang is detecting. Scorsese and his editor, Thelma Schoonmaker, may be close to finishing it for all I know, but I don’t believe that’s a key factor. The key factor is that Silence will almost certain be a “critic’s movie“, hence the possible Cannes scenario. Because everything I’ve read about Silence tells me that it’s dark and pained and weighed down with suffering. It may be beautifully made and contain a spiritual current that redeems or balances out the religious persecution stuff, but it doesn’t seem to be any kind of galvanizing, accessible film that will reach out and really touch people where they live.