Support on Patreon Follow @wellshwood
6 Comments
Michael Caine to Daisy Ridley: At Your Leisure
November 3, 2015 5:40 pmby Jeffrey Wells
10 Comments
Oh, How Happy You Have Made Me

After a six-year encampment, the LA Film Festival has bailed on L.A. Live, the downtown Los Angeles plex. The 22nd annual festival, happening next year between June 1st and June 9th, will be headquarted at the Culver City Arclight…yes! The Hollywood and Santa Monica Arclights will also provide screens, and that’s the way we like it!  No more battling West Hollywood-to-downtown LA traffic on Olympic Boulevard! A Variety story by Dave McNary says that festival organizers Film Independent “did not address why it was leaving downtown.” Answer: Because everyone was sick to death of driving all the way down there every day (or nearly every day) for eight or nine days straight and sometimes having to pay shysters $20 to park, and these people complained and complained and finally threatened to withhold all sexual favors and romantic receptivity from all LA Film Festival employees, and that’s what finally did it.

November 3, 2015 4:17 pmby Jeffrey Wells
20 Comments
Noble Strategy, But What Kind Of Impact Would Sex Shutdown Have On Twice-A-Monthers?

Spike Lee‘s Chi-raq (Roadside, 12.4) is an adaptation of Lysistrata, the 5th Century Greek classic by Aristophanes. Originally performed in Athens in 411 BC, Lysistrata “is an account of one woman’s extraordinary mission to end the Peloponnesian War. Lysistrata persuades the women of Greece to withhold sexual privileges from their husbands and lovers as a means of forcing the men to negotiate peace…the play is notable for being an early exposé of sexual relations in a male-dominated society.” Lee’s adaptation is “set against the backdrop of gang violence in Chicago. Following the murder of a child by a stray bullet, a group of women led by Lysistrata organize against the on-going violence in Chicago’s Southside creating a movement that challenges the nature of race, sex and violence in America and around the world.” Again — it’s not “Eye-rack” but “Uhhraq.” Ask any journalist who’s been there.

“Families getting together for the holidays” dramedies were a lot less ubiquitous ten years ago, which is when Thomas Bezucha‘s The Family Stone was beginning to be screened. It opened on 11.26.05 and wound up making $92 million and change, but the Rotten Tomatoes and Metacritic scores were curiously mixed. That never made any sense to me as I was delighted with the film. And now that so many family-gathering films have come and gone in the intervening decade maybe the negheads who put it down in the fifth year of the Bush administration are finally realizing how good The Family Stone was, certainly when you compare it to films like Jessie Nelson‘s Love The Coopers, which you can tell right away is cloying lightweight shite. 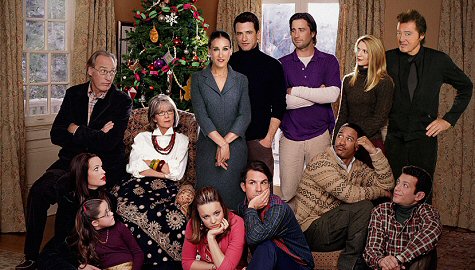 Here’s a followup to that riff last Saturday about Daisy Ridley’s Interview q & a with Carrie Fisher, and particularly a portion in which Ridley indicated she knew next to nothing (if that) about Cary Grant. (Fisher said, “Cary Grant! Do you know who that is?” and Ridley said, “Maybe I could appreciate the old-school film stars more.”) To me that sounded like she was saying, “Well, rather than admit ignorance about any one actor living or dead it might be more diplomatic to just say I could stand to brush up on classic movies a bit more.” 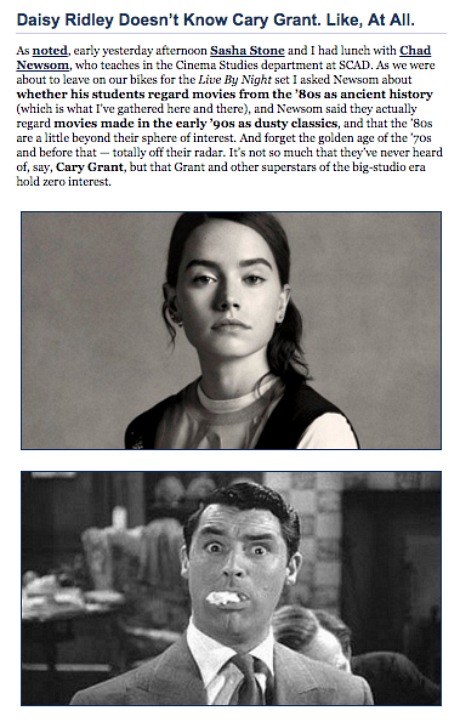 Not long after the 10.31 piece posted, a Force Awakens guy wrote and said, “Dude…DUDE! Of course Daisy knows who Cary Grant is! Hah…you kidding me?” And I wrote back saying “fine but I can be forgiven as her answer to Carrie clearly indicated otherwise. Carrie asked her point blank ‘do you know who that is?’ and she didn’t answer with a clear affirmative. If she does know who Grant was I’d say she knows him like she knows Archimedes or Nicolaus Copernicus or Galileo.” His response: “I know Daisy and she’s no Hollywood neophyte.”

(More…)
November 3, 2015 2:07 pmby Jeffrey Wells
77 Comments
For Mostly Unfair Reasons, The Force Awakens Is Going To Catch It. And In All Fairness, It Probably Shouldn’t. 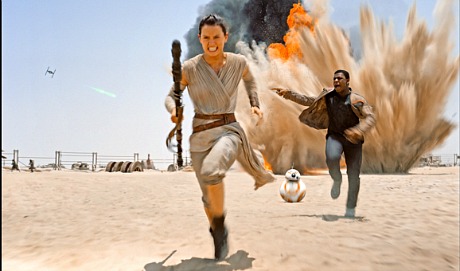 10 Comments
Some BIFA Noms Are A Little Weird

Yorgos Lanthimos‘ The Lobster, a dryly amusing, Bunuelian parlor piece about societal oppression, landed the most nominations — seven — from the British Independent Film Awards committee, which announced their noms this morning. That’s quite a vote of support for a film that dies around the 45-minute or one-hour mark, and which I felt was a pain in the ass to sit through. If you’re lying around on a rainy Sunday afternoon and find yourself in the mood for a challenging, semi-gnarly indie film, you don’t want to see The Lobster…trust me.

One of the big uh-ohs was the absence of The Danish Girl‘s Eddie Redmayne among the Best Actor nominees. On the other hand Alicia Vikander, Redmayne’s Danish costar, was nominated for Best Actress. Another nail in the coffin. I’ve been sensing since last summer that Redmayne’s Best Actor chances seemed dicey, and since the partly negative reception to his performance in Toronto I’ve been saying that he’s more or less a dead man. Redmayne may not be completely out of the game as he might be nominated for the usual superficial, easily-impressed reasons, but a win is out of the question.