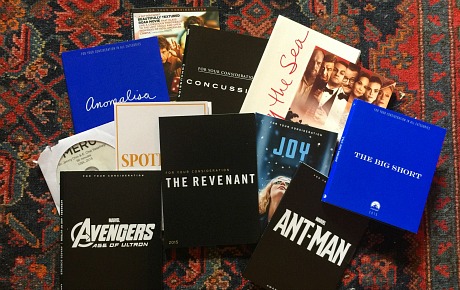 For a Variety feature called “Contenders: Director on Directors,” director-writer Rod Lurie has penned the following about Alejandro G. Inarritu‘s The Revenant: 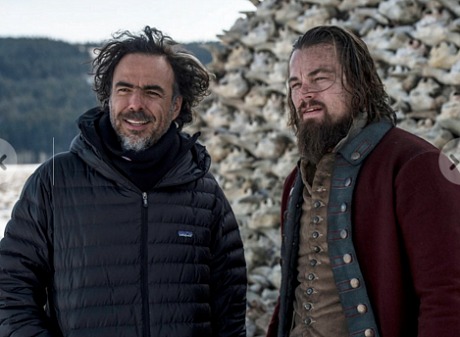 “How do you write 200 words about the direction of a film that eventually whole books will be written about? Here’s my shot. What Alejandro G. Inarritu has constantly done, film in and out, is show there is still room to further the art. The Revenant is exactly that: A furthering. It’s what I might call ultra cinema. With a series of seismic decisions — the first ever use of the Alexa 65, shooting only at magic hour, the lack of compromise in violence and unpleasantness, the dispassionate symphonic score, the long long takes — Inarritu places us fully within the constricts and environment of the story. We shiver and bleed and, in a way, beg for our lives alongside the characters.

My decision to re-assess and re-post HE’s Best of The Year plus yesterday’s surfacing of an “Honest Ant-Man trailer” has led me to repost my original 7.9.15 review: I went into last night’s Ant-Man screening with an attitude, but it surprised the hell out of me. It’s basically a dry, highly disciplined, emotionally grounded, bang-on comedy. It doesn’t try to sell or invest in the usual Marvel fantasy fizz — it fucks with it, turns the whole thing into a joke. It’s so much better than I expected that you could call me flabbergasted. Surprising as this may sound (especially to me), Ant-Man is my favorite Marvel film yet.

It’s a little strange that someone on the Hollywood Reporter digital team has very slightly speeded up Scott Feinberg’s intro and subsequent discussion with Charlotte Rampling….just a little bit. It’s definitely been accelerated. The patter sounds too fast, too hurried. Not quite natural seeming. Sidenote: I’m still reeling from Rampling’s shocking exclusion among this morning’s SAG nominees. Is it because they perceive her as being too European or too Parisian…not really part of the Hollywood schmooze mob? Whatever the motive, what they did, or more precisely failed to do, is nothing short of an aesthetic crime.

I’ve been so dismissive of The Martian all along (not as a smart, satisfying commercial film but as an Oscar nominee) that somehow its omission among this morning’s SAG nominations didn’t register. Physiologically I read and heard that it was not nominated for a SAG ensemble award and that Matt Damon had been blanked as a Best Actor nominee, but psychologically and emotionally I had rejected it as an Oscar contender last September so, you know, it didn’t make much of a dent. But it sure as shit made an impression upon Awards Daily‘s Sasha Stone, an unabashed Martian supporter for the last 11 or 12 weeks. She wrote this morning that Ridley Scott‘s “completely shut out” film has unequivocally been “taken out of the race.” (Unless, she qualifies, “it can Braveheart its way to an Oscar win” — forget it.) Her basic post-SAG conclusion is that “probably no other film can win Best Picture except Spotlight…it’s the only one that can build any sort of momentum with the larger industry.”

71 Comments
SAG Nomination Reminder: This Is Not A Very Hip or Perceptive Bunch

The 22nd Annual Screen Actors Guild Awards Nominations have ignored the two most widely praised, awe-inspiring, levitational performances of 2015 — Charlotte Rampling‘s delicate but depleted wife-of-Tom Courtenay in 45 Years and Paul Dano‘s Brian Wilson in Love & Mercy. That pretty much says it all about this organization. They have their odd moments but they’re just not very attuned. They’re basically sheep who live in their little wine-buzz realm and chit-chat with each other at studio-funded parties and respond only to the obvious stuff that doesn’t require a great deal of thought or examination or inwardness. For the most part, I mean.

And so they’ve nominated Black Mass‘s Johnny Depp because he’s loaded and wore a heavily hair-sprayed wig and Alaskan husky contact lenses and acted psychopathically tough, and they’ve nominated Eddie Redmayne because he gave 110% in playing a transgender pioneer, and they’ve nominated Helen Mirren TWICE (once for a lead performance in a film that nobody thought was very good, and for her Hedda Hopper in Trumbo) and ginger-haired Michael Fassbender because he plays a hammerhead genius who constantly goads, berates and barks at colleagues and makes his daughter feel like a conundrum.

I’m sorry but these are not what the Webster’s Dictionary guys had in mind when they defined the term “best.”

SAG Rule #13B: Salute what’s good whenever convenient or when the mood strikes, but mostly champion what you “like” and especially whom you enjoyed talking to at parties. Ignore subtlety, ignore grace, ignore performances that will last through the decades and just nominate the usual political favorites.

At least they’ve shown proper respect for Leonardo DiCaprio‘s suffering survivalist performance in The Revenant, not to mention his 23 years of knockout bravado and numerous Oscar noms. And they’ve nominated the deserving Michael Shannon for his performances in 99 Homes and Freeheld. And they’ve embraced the Beasts of No Nation guys with an ensemble acting nomination and BSA nom for Idris Elba. And they stepped out of the box by nominating Rachel McAdams for her intrepid Spotlight reporter and Sarah Silverman for her addicted-mom performance in I Stand Alone.

On the other hand the SAGsters have ignored the determinations of critics groups and dutifully submitted to the Weinstein Co,. dance card by nominating Carol‘s Rooney Mara for Best Supporting Actress and the always on-target Cate Blanchett for Best Actress — no independent thinkers, they!

And Jennifer Lawrence‘s Joy performance didn’t make the cut, largely, I’m guessing, because too many SAG members were somewhat divided about David O. Russell‘s film. And they waved away Mr. Holmes‘ Ian McKellen and Youth‘s Michael Caine. Caine’s costar Jane Fonda didn’t get the love either. And they blew off Sylvester Stallone‘s Creed performance. Sly to SAG members: What’d I do?