Support on Patreon Follow @wellshwood
33 Comments
“The Expediter of Your Dreams, Pal”

I’m thinking of two films in which a bad guy (gangster, assassin) strikes up an odd kind of friendship with an unassertive law-abiding type, and by the end of the film the law-abider has manned up and found some kind of inner steel, largely because of the influence of the baddie. The films, both first-rate, are John McNaughton‘s Mad Dog and Glory (’93) and Michael Mann‘s Collateral (’04). There must be a few more. Would Delmer Davies‘ 3:10 to Yuma (’57) qualify?

I’ve never forgotten a certain corruption metaphor that was visualized in Ken Russell‘s The Devils (’71). It was the sight of Christopher Logue‘s Cardinal Richelieu being wheeled around on a dolly so that he didn’t have to exert himself. That left an indelible impression, I’m afraid, and one result is that ever since I’ve regarded people who avoid walking for whatever reason as degenerate sloths. People who buzz around on Segways, for instance. (I literally seethe every time I see somebody on one of those things.) Or women in high heels who refuse to walk two or three blocks to a party or a premiere because it hurts their feet to walk any kind of distance. I understand why they insist on three-block Uber rides, but I hate it all the same. HE solution: women who are committed to wearing sexy pumps need to carry them in their handbag (or give them to me and I’ll carry them) and wear sensible shoes before and after. Go ahead and call me unreasonable but I can’t get past the Cardinal Richelieu thing. 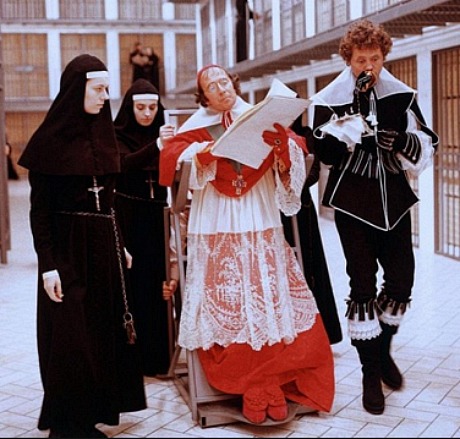 I won’t be catching tonight’s Zoolander 2 all-media at the Arclight due to my obligations to the Santa Barbara Film Festival and particularly the Sylvester Stallone Montecito Award tribute at the Arlington, which begins about nine hours hence. I also missed last week’s Deadpool all-media but I’m fairly certain I’ll hate it. Okay, maybe I won’t.

Last night’s Brie Larson/Skull Island kerfuffle at the Santa Barbara Film Festival stirred a casual interest in this Warner Bros. monster pic, which has been shooting since last October under director Jordan Vogt Roberts (Kings of Summer) and will open in March 2017. It’s basically back to Skull Island for more fun and games, more Jurassic jazz, etc. 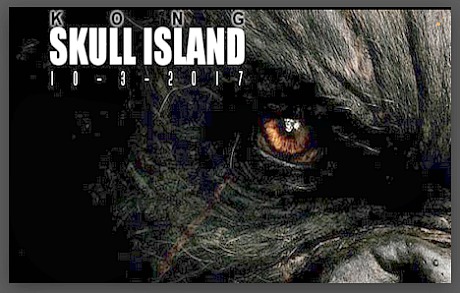 I’m told, however, that Kong: Skull Island is set in the early ’70s. It’s basically a Vietnam-era thing (some of the film has been shot in Vietnam), which, I suppose, might bring some cool thematic meat to the table.

And the new Kong is…what, the great-great-great-great grandson of Merian C. Cooper’s original ape, who ravaged Manhattan 80-plus years ago? Is there any awareness or acknowledgement within the realm of the screenplay that Skull Island is the home of the “original” Kong, or is the story starting from scratch?

The answer, I’m told, is (a) forget old Kong because (b) the Kong genesis is not that specific.

You’ll notice I didn’t say Peter Jackson‘s ape as that three-hour-long film has been almost totally discredited. No discipline, no poetry or lyricism to speak of…it occupies the same “what happened?” realm as The Godfather, Part III. Yes, I reviewed it favorably at first but I came to my senses after watching it it a second time.

Thanks again to HE commenter “Mr. Sunset Terra Cotta” (@martyguerre) for yesterday’s business card, which I’m actually thinking of having printed up. Yes, I get it — the William S. Burroughs/David Cronenberg life form alludes to Hollywood Elsewhere’s “insect antennae” but I’d be happier with…I don’t know, something else. An old-fashioned ink pen, a pair of brown lace-up Italian shoes…something less creepy looking. 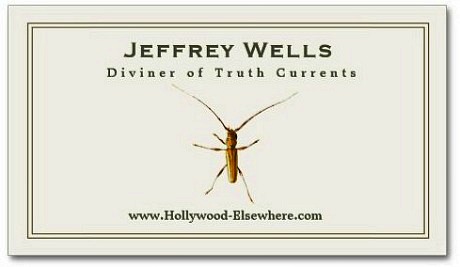 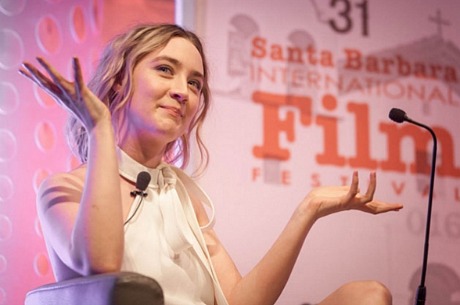 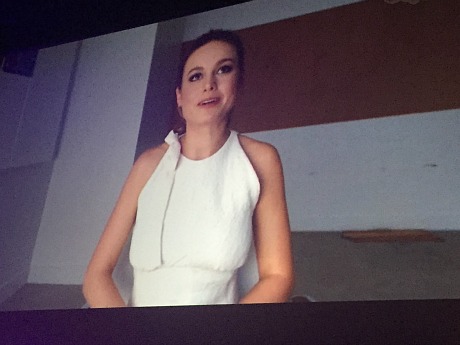