Night of a Thousand Stallones

In ’92 I interviewed Stallone on the Italian Cliffhanger set (i.e., Cortina d’ampezzo) for the N.Y. Times. And a couple of years earlier I’d helped bring industry attention to a pair of screenplays that led to two of his better projects — Peter Lenkov‘s Demolition Man (’93) and Alexandra Seros‘ The Specialist (’94).

In ’88 and ’89 I was working for a going-nowhere production company, but I knew that The Specialist was a really top-notch script. (The ideal stars would have been Steve McQueen or Robert Duvall in their heydays). When it became clear that the guy I was working for wouldn’t move on it aggressively, I took The Specialist to the Intertalent guys (Bill Block, Tom Strickler) and they signed Seros and eventually helped set the film up as a Stallone vehicle at Warner Bros. Alas, the Luis Llosa-directed film, which costarred Sharon Stone, didn’t turn out as well as it could have.

I also semi-discovered (or was certainly among the early fans of) Demolition Man through a relationship with Lenkov, and when I again realized it wasn’t going to be made expeditiously by my employer I took it to Nina Jacobson, who was then working for Joel Silver. The film was eventually produced by Silver. Directed by Marco Brambilla, it turned out reasonably well. 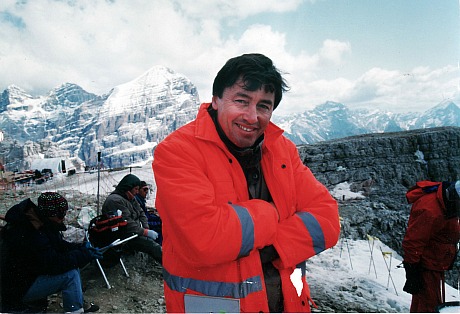