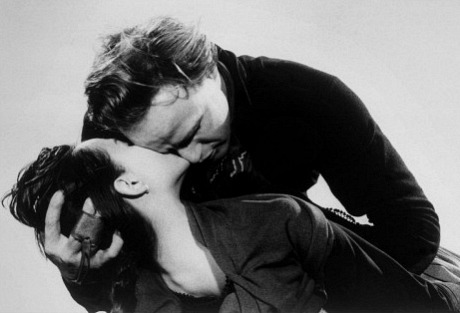 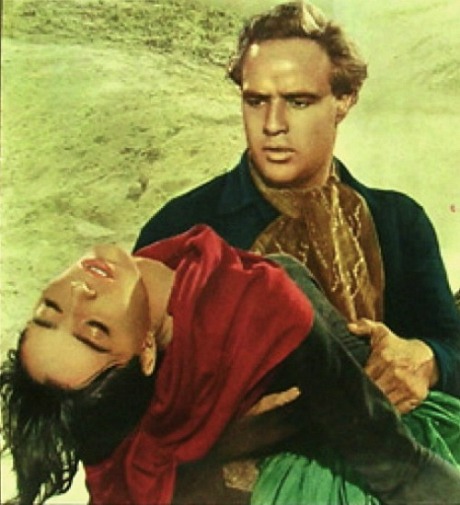 For Los Angeles-based journos like myself, or more precisely the kind that doesn’t get invited to elite trade-critic screenings, Whiskey Tango Foxtrot and London Has Fallen are screening against each other tonight. (Thankfully London has a follow-up screening tomorrow morning.) They’ll open against each other three days hence (3.4). Nobody’s written about London but we all know the deal. Meanwhile credible critics have spoken against the Tina Fey-goes-to-Afghanistan comedy, leaving it with a 60% and 43% rating from Rotten Tomatoes and Metacritic, respectively. I’ll try to keep the moaning down out of respect for those seated nearby.

Yesterday morning Sasha Stone and I discussed Sunday night’s Oscar telecast — general assessments, the coming effects of a diverse Academy (along with the already in-progress degradation and downswirling of theatrical cinema culture due to indifferent Millenials who see “Oscar movies” as a half-boring, semi-disreputable genre), the Stallone shocker, how the preferential ballot was crucial to Spotlight‘s big win, etc. This should have been posted yesterday afternoon, but Sasha didn’t send it along until early last evening when I was out and about. As per custom, Sasha will be taking it a bit easier for the next few months while Hollywood Elsewhere will push on as usual. Again, the mp3.

In my 2.29 “Oh, What A Night” riff I failed to post the best snap of the night — Spotlight director-cowriter Tom McCarthy coming down the main stairs at Palihouse and being cheered by the crowd. 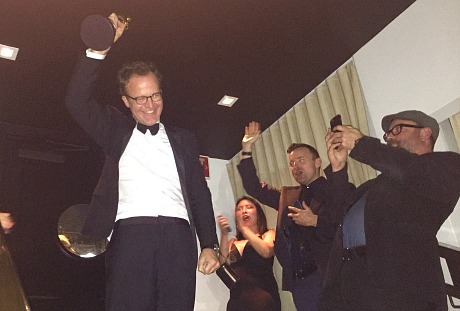 Spotlight‘s Tom McCarthy — Sunday, 2.28, 11:35 pm.
March 1, 2016 12:15 pmby Jeffrey Wells
18 Comments
Since The Formation of Nixon’s “Southern Strategy,” The Republican Party Has Indisputably Been The Dog-Whistle Party — A Party that Speaks In Code About Domestic Social Issues

Speaker of the House Paul Ryan: “If a person” — Donald Trump — “wants to be the nominee of the Republican party, there can be no evasion and no games. They must reject any group or cause this is built on bigotry” — a reference to former KKK bigwig David Duke, who has endorsed Trump. “This party does not prey on people’s prejudices,” Ryan went on. “We appeal to their highest ideals. This is the party of Lincoln. We believe all people are created equal in the eyes of God, and our government. This is fundamental. And if someone wants to be our nominee, they must understand this.”

Translation: Since the passage of the 1965 Voting Rights Act and particularly the rise of civil unrest in the late ’60s and early ’70s, the Republican party has been a haven for rich, alarmed or under-educated whites who feel threatened by liberal social legislation, programs and attitudes that have afforded a fair shot to people of color looking to get ahead. Republican leaders disavow blatant racism, of course, but we all know they’ve been speaking in code for decades about social and racial issues, and that they are, in fact, the party of racial dog-whistle sentiments.

In a 2.29 N.Y. Times piece about diversity concerns and the gradual implementation of new AMPAS voting rules, Brooks Barnes and Michael Cieply state the following: “The academy has only a few months to repair damaged processes, internal relationships and its public image before the next Oscar season descends in late summer, bringing with it a chilling prospect: What if voters, even after a planned purge of inactive members, again snub actors of color?”

The purge will take a while to fully kick in, but in terms of the upcoming 2016 Oscar season Barnes and Cieply are essentially asking “what if Academy voters aren’t as impressed with Nate Parker‘s The Birth of a Nation as many who attended the 2016 Sundance Film Festival were?”

Nation and possibly one other film — Barry Jenkins‘ Moonlight, a Plan B/A24 project about “black queer youth amid the temptations of the Miami drug trade” — are the only 2016 films made by and primarily starring African-Americans that seem to have, at least nominally, the markings of award-season contenders.

The only other film with an African-American theme and a sizable cast of African-American players is Gary Ross‘s The Free State of Jones (STX, 5.13), but this is basically a drama about a white savior — a true story of a Mississippi farmer, Newton Knight (Matthew McConaughey), who leads an armed rebellion against the Confederacy and marries a former slave, Rachel (Gugu Mbatha-Raw).

Please check out HE’s just-posted 2016 Oscar Balloon — a rundown of over 55 films that may eventually register as awards fodder or at least as adult-friendly, review-driven fare. If I’m missing a black-centric film of any dimension — African-American focused, performed or created — please advise.