Support on Patreon Follow @wellshwood
55 Comments
“Some People Are Shits”

William S. Burroughs said the above at some literary gathering I attended in midtown Manhattan around ’80 or thereabouts. It came back to me as I read Charlie Savage‘s half-fair, half-dismissive N.Y. Times review of Owen Gleiberman‘s “Movie Freak“, which I riffed about on 2.18. 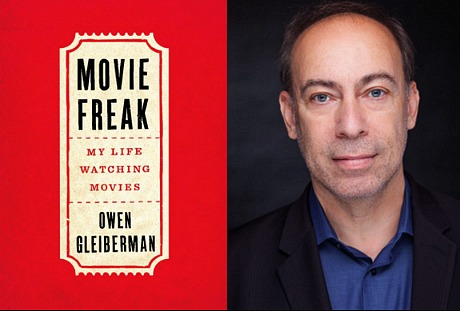 There’s only one churlish paragraph, really, but I was quite bothered by Savage laying into Gleiberman for…well, the crime of being honest. Which isn’t a crime, of course. Not in my book, at least. Writers have to be self-exposing at all times and under all circumstances, especially when recalling their own checkered histories. Even if this involves confessions that aren’t entirely flattering.

Gleiberman’s critiques has always laid things plain on the table, and it’s this quality, I feel, that makes “Movie Freak” a livelier, more engaging read than, say, some dry recounting that focuses only on the job or the reviews.

Let’s examine the pissy paragraph. Portions of “Movie Freak” “are often off-putting,” Savage writes. “With inconsistent self-awareness, Gleiberman writes about himself like a patient talking to his therapist, but readers are not being paid $200 an hour to empathize as he tells story after story.” Except Gleiberman is a gifted writer, Charlie, and that plus the confessional aspect is what tends to float boats. Or mine, at least.

Savage conveys annoyance at Gleiberman mentioning that at one point his “very being…had been formed to a degree by pornography” and that during a certain period he spent “as much time as possible hitting on women in the office.”

Yep, somewhat embarassing, but if you don’t admit to this kind of thing (especially if it’s the real thing) what does a memoirist have to show? The last time I looked amplified hormonal urges were fairly prevalent among most younger fellows. If you ask me younger women should avoid 20-something jackrabbits altogether and instead focus on guys in their 30s. Or, you know, guys who’ve managed to grow a little compassion and sensitivity and learn how to keep things in check.

The sound-synch problems that I wrote about in mid February were apparently not the fault of my Samsung 60-inch plasma nor the Oppo Bluray. It was the apparent fault of my dusty old Samsung sound bar, which I bought at a Westwood Radio Shack four or five years ago. So I went down to Best Buy and inquired about a similarly-priced (maybe a slightly higher priced) sound bar, and a sales guy from their Magnolia Home Theatre section sold me on a Sony HT-CT180 Sound Bar System, for which I paid $240 including tax.

After bringing it home I paid a freelance guy to install it (I wanted to be 110% sure that it would work and sound perfectly as I’m a genius at fucking things up when I do it myself) and guess what? It’s a moderately sucky system and not worth the coin.

The Sony HT-CT180 has decent treble levels with moderately effective bass but it doesn’t have half the sound power of the now-junked Radio Shack Samsung sound bar, which cost around $175 and change. No balls in terms of volume. You have to turn the Sony up all the way to level 50 to achieve sound levels that the old Samsung delivered when it was cranked between halfway and two-thirds.

This is all my fault. I was too lazy and impatient to do the research. And so now I have to lug the Sony HT-CT180 back to Best Buy and give the Magnolia sales guy shit for selling me a weak-ass system (just for the fun of it — the guy who really deserves to get reamed out is me) and demand a better one. Or just get a refund.

It’s been nearly 25 years but remember the following: (1) Anita Hill (Kerry Washington in HBO’s Confirmation) didn’t come forward to try and torpedo Clarence Thomas during his Supreme Court confirmation hearings — she was summoned by the Judiciary Committee after a private FBI interview was leaked to the press, and therefore had no choice; (2) Four female witnesses were ready and willing to support Hill’s testimony, but they were not called due to what the Los Angeles Times described as a private, compromise deal between Republicans and the Senate Judiciary Committee chair Joe Biden (Gregg Kinnear in the film); (3) Hill took a polygraph test and passed with flying colors; Thomas declined the test. Remember that moment in Jerry Maguire when Tom Cruise joked that he was afraid of sounding like Clarence Thomas? Does anyone recall how Judiciary Committee member Ted Kennedy (Treat Williams in the film) more or less excused himself from asking Hill questions at the the hearings, given his own alleged indiscretions? Wendell Pierce portrays Thomas.

N.Y. Times reporters Ian Lovett and Katie Rogers have gotten confirmation from an LAPD spokesperson what TMZ reported last night (technically at 1 am this morning), which is that Los Angeles police are examining a rusty folding buck knife that was found buried on O.J. Simpson‘s Brentwood property when his home was being demolished in 1998…but not turned over to them until “late January” of this year, according to TMZ.

An anonymous L.A. traffic cop was given the knife by a construction worker who said it had been found underground on the Rockingham estate — i.e., apparently buried. Rather than turn the knife over to authorities, the cop in question (now retired) kept it at his home. Found treasure. What luck!

Seriously…what kind of police officer, presented with hard evidence that might conceivably provide final proof of guilt or innocence in the most notorious murder case of the 20th century…what kind of sociopathic opportunist says (a) “Oh, cool…I can maybe sell this to a collector some day for several thousand dollars!” or “Oh, cool…I can frame this and hang it on a wall in my den and…you know, show it to my friends!”

Even if the knife offers absolute proof of O.J.’s guilt, he can’t be tried twice for the same crime. He skates. Question: Before theoretically burying the knife, wouldn’t O.J. have taken the precaution of washing it down and wiping it clean? Just to be on the safe side?