My first thought was, “This doesn’t seem noisy or urgent or hooky enough.” (I’m sorry but I trust my trailer instincts.) My second thought was that I’ll always be wary of movies titles composed of two cutesy nicknames (Tango and Cash, Minnie and Moskovitz). My third thought was, “Michel Gondry is a respected, brand-name director so why didn’t this film, which opened in France 10 months ago, at least play the festival circuit”? Answer: Certain festivals blew it off. So there you go.

From Peter Debruge’s Variety 7.9.15 review: “If Michel Gondry’s movies were books, they’d come with hand-stitched covers, fold-out pop-ups and a progression of flipbook-style doodles in the bottom corner of every page. With Microbe and Gasoline, the French writer-director has wisely restrained his usual flourishes, allowing the two teenage leads in his relatively calm summer-vacation coming-of-age comedy to assume centerstage, imbuing them with creative agency rather than forcing them to compete with the film’s own style. What emerges is an admittedly small but wonderfully sincere portrait of two adolescent outsiders determined to pave their own way in the world.”

… for tomorrow it all begins. At precisely 10 am, that is, with Woody Allen‘s Cafe Society. La Pizza was loud and packed. The mood leaned toward euphoric. Formidable gathering of journalistic reach and power sitting at just two makeshift banquet tables. Hail fellows well met. The total tab was 670 euros, or roughly $32 euros per person. “Who didn’t throw in?” It began to rain starting around 9:15 pm or so. Weather projections are shifting by the hour, but precipitation-wise things are expected to be moody or spotty over the next four or five days. 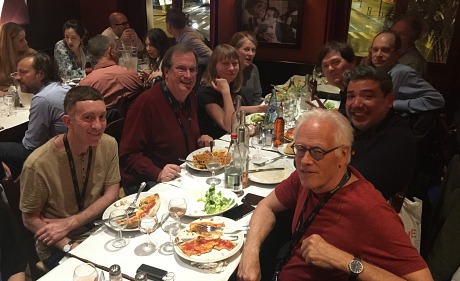 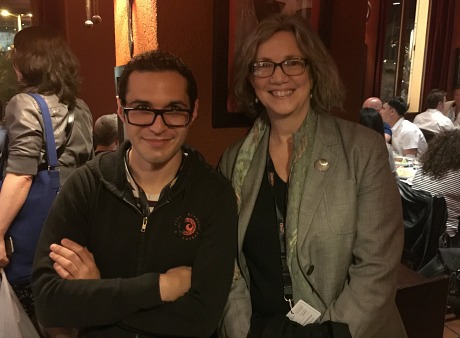 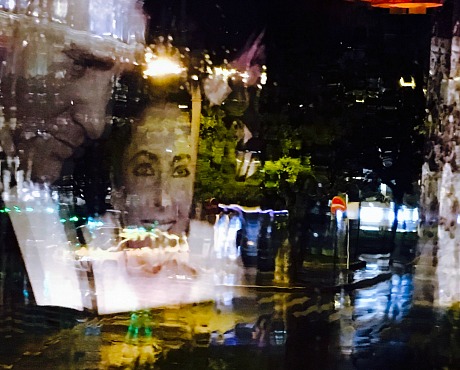 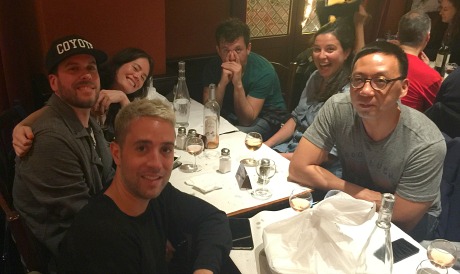 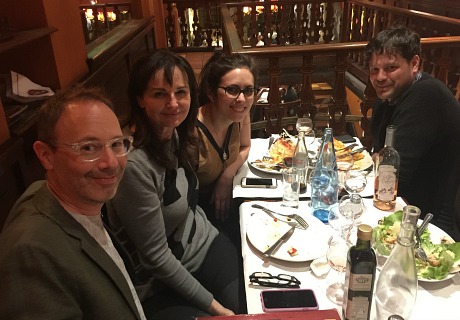 (l. to r.) Editor/producer David Scott Smith, dp Svetlana Cvetko (Red Army, Inside Job), friendly but unnamed p.r. associate of Ryan Werner, amiable guy known not to me by sight but quite possibly via Twitter or byline. 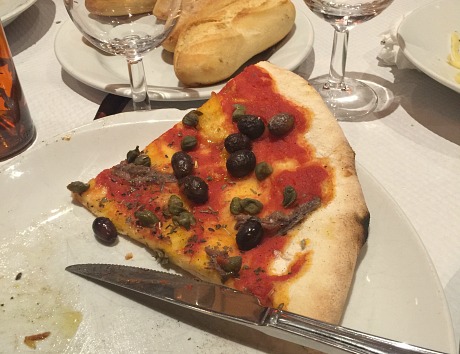 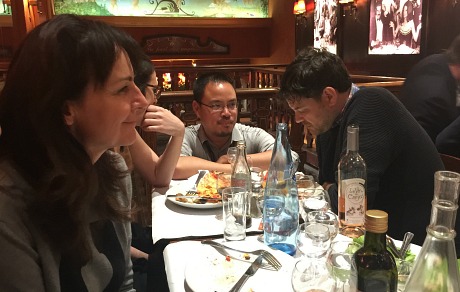 8 Comments
Q: Is Life Fair? A: Depends On How You Define “Fair”

The 7:30 pm La Pizza journo gathering starts now so I’ll maybe file a bit when I get back. I arrived in Cannes around 12:30 pm and did the usual-usual — lugged bags over to 7 rue Jean Mero, unpacked, picked up the press pass, forked over a small fortune for Palais Wifi ($190 euros for 12 days), hit Carrefour for groceries, napped. The first press screening (i.e., Woody Allen‘s Cafe Society) happens tomorrow at 10 am, and then it’s off to the races. I was too excited about this morning’s early morning train trip to sleep much last night — I might’ve gotten two hours’ worth, if that. I need a little night air — that’ll put the color back in my cheeks. 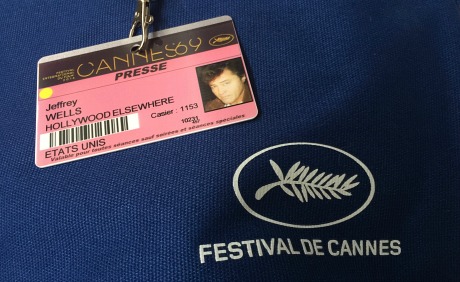 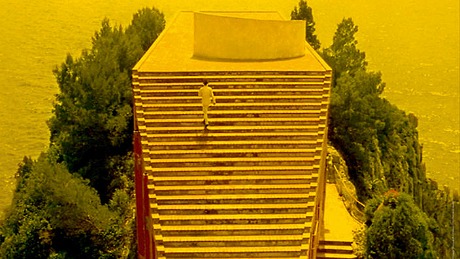 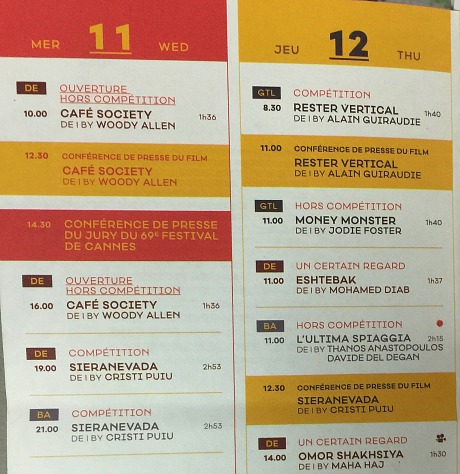 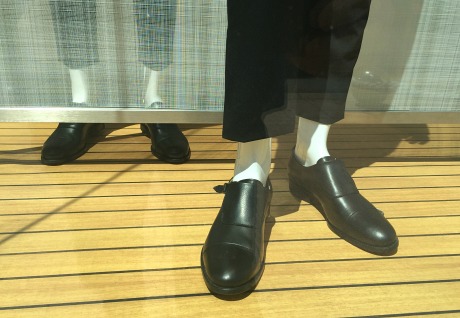 In a recent chat with Rachel Maddow, Bernie Sanders alluded to what has been obvious for some time, which is that (a) MSNBC is no longer the lefty Fox News channel (which it more or less was in the pre- and early-Obama era) due to corporate displeasure with revenue, and (b) that for the sake of fair and open debate such a channel needs to exist, either with the assistance of Democratic-allied interests or whomever. There’s nothing about Cenk Uygur’s assessment of the present situation that is, in my view, wrong or slanted or incomplete — this is exactly the state of MSNBC and the corporate gutting of liberal-progressive views on mainstream cable right now.