The prolific Robert Altman directed his share of minor films, and yet when I sit down and review them (including Three Women, A Perfect Couple, Buffalo Bill and the Indians, Quintet) I can always recall pieces — a scene, a shot or two, lines of dialogue. The other day I was reminded of Altman’s Images (’72), a schizy character study about a children’s book author (Susannah York) succumbing to fantasies and whatnot. And I realized I can’t remember a damn thing about it except this one static shot.

It stuck, I think, because York wasn’t exactly a daily workout Nazi and yet was unbothered by this. I was impressed by the ballsiness of it. Beyond this no impressions of Images remain.

York won the Best Actress award at the ’72 Cannes Film Festival for this performance. I’d somehow forgotten that she died in early 2011 from cancer at age 72. Seven favorite Yorkies: Alec Guinness‘s daughter in Tunes of Glory (’60), Sophie Western in Tom Jones (’63), Angel McGinnis is Kaleidoscope (’66), Margaret More in A Man for All Seasons (’66 — my all-time favorite), Alice McNuaught in The Killing of Sister George (’68), Alice in They Shoot Horses, Don’t They? (’69) and Rachel Fielding in The Shout (’78).

Most of us agree with the “show, don’t tell” theme of this essay, but there’s nothing more infuriating than actors showing without sufficient context. The affecting facial expressions in this essay (such as Chewietel Ejiofor‘s at the end of 12 Years A Slave) work because the audience has been fully schooled on the reasons for the characters’ sorrow. Without these vital details just showing isn’t enough. As I said a couple of days ago, “Directors place a high premium on scenes in which actors say as little as possible or generally under-verbalizing the situation. They love it when actors can look wordlessly stunned or shocked or confused. In real-life situations, of course, people are constantly voicing their perceptions about what may or may not be going on or what they’re feeling or fearing. If the groundwork is insufficient, the ‘show it, don’t say it’ aesthetic is strictly a movie-realm thing, and is phony and irritating as hell.” (The essay was directed by Andrew Saladino and posted by The Royal Ocean Film Society.)

Never rat another guy out when it comes to women. To put it more formally, one of the most paramount ethical codes between adult males is that you can never spill the beans on a friend or acquaintance if his girlfriend or wife asks you to reveal the truth about whatever (i.e., usually his deep-down feelings or some past behavior that has come under question).

Determining the factual or emotional truth of things is something that only a couple can sort out for themselves. It’s not yours to get involved. If a guy is lying to his girlfriend or wife about some indiscretion or affair or saying anything out of earshot that might get him in trouble, it’s none of your damn business and you’re obliged to say nothing. Omerta. The truth will out sooner or later, but even if it doesn’t guys are absolutely honor-bound to protect each other. I’ve never run into a single fellow in my life who would even think of questioning this.

Except for one. He was a cartoonist-illustrator, and his betrayal happened in Manhattan in ’80 or thereabouts. I’ll call him Bob. We’d met each other in ’79 by way of a fetching lady writer we both felt for and admired (I was the new boyfriend and he was an ex), and then we got to be actual friends.

At some point in the middle of ’80 (i.e., after I’d been dumped by the writer) I began a mild flirtation with an iconoclastic female cartoonist whom Bob also knew. Let’s call her Shary. She was a respected, highly gifted artist and pretty besides. By coincidence she and I realized one day that we had booked seats on the exact same flight to Los Angeles. A day or two later I mentioned to Bob that I’d love to indulge in a mile-high club thing with Shary. It was just a fantasy, a wisp of a notion that came to mind and that I gave voice to.

In Maureen Dowd‘s 6.11 N.Y. Times column, “Girl Squad”, she imagines what may have transpired during Friday’s meeting Hillary Clinton and Elizabeth Warren. I’ve condensed my favorite portions while inserting slivers from a 6.10 HE post called titled “Bold Leadership Isn’t In Hillary Clinton — She’s An Incrementalist — Guarded, Cautious. Which Is Why, I Fear, She Won’t Ask Elizabeth Warren To Partner Up”.

Clinton: “I know you’re intrigued by the idea of being my vice president. I heard you tell our gal Rachel Maddow that you’re prepared to be commander in chief. But you know I can’t put you on the ticket, don’t you?” 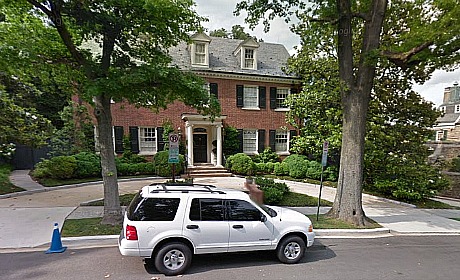 Warren: “Because the country isn’t ready for two wonky women for the price of one?”

Hillary: “No, I’m not ready. You, the so-called Sheriff of Wall Street, attacked me as the Shill of Wall Street. Why should you get the glass slipper when you were foot-dragging on my glass-shattering moment?”

From 6.10 HE post: “I’ll be delighted if Clinton picks Warren but my insect antennae vibes are telling me she won’t because of egoistic stubbornness. Yes, she needs a tough pit bull to muss up Donald Trump‘s hair but on the other hand she doesn’t want to be overshadowed.”

Warren: “You know all the Democrats want me on the ticket to add some sizzle since the crowds you draw wouldn’t even fill this couch. I know you are afraid I will overshadow you and I will. But I can help you reel in all the young women who find you more shifty than nifty. And the Bernie Bros dig me.”

When I first heard about last night’s mass murder at the gay nightclub in Orlando, my first thought was that it was some kind of homophobic hate crime — some gun-toting, possibly closeted Christian asshat who wanted to bring horror to Florida’s gay culture. Then I discarded the thought because it seemed dated, like something out of William Friedkin‘s Cruising (’80).

My second thought was that the shooter was some kind of Islamic nutter. A half-second later my p.c. alarm went off. “Stop it! That’s the kind of thing Donald Trump or his supporters might presume.”

This morning several news outlets along with Democratic Congressman Alan Grayson identified the shooter as Omar Mateen, 27, of Port St. Lucie, Florida. In a prepared statement, Imam Muhammad Musri, president of American Islam and the Islamic Society of Central Florida, has urged the media not to rush to judgment. “It’s our worst nightmare, and we are sorry to know it happened to us,” he said.

The tally so far is 50 dead and 53 injured, which makes it one of the “worst” (i.e., highest body count) mass shootings in U.S. history.