These aren’t fakes. Humphrey Bogart really did appear in ads for Whitman’s Sampler chocolates and Robert Burns cigarillos. He also posed for an ASR butane cigarette lighter ad in 1949. And you know what? A sizable chunk of the under-35 HE readership doesn’t give a toss. Because they have the same relationship with Bogart that Daisy Ridley has with Cary Grant. 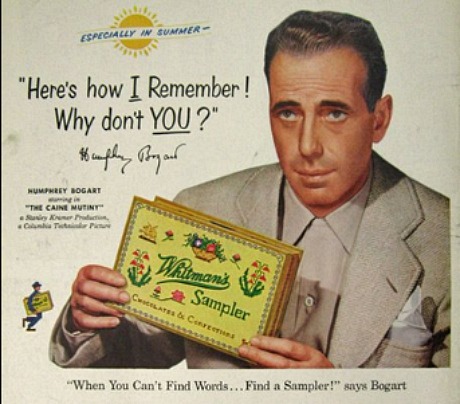 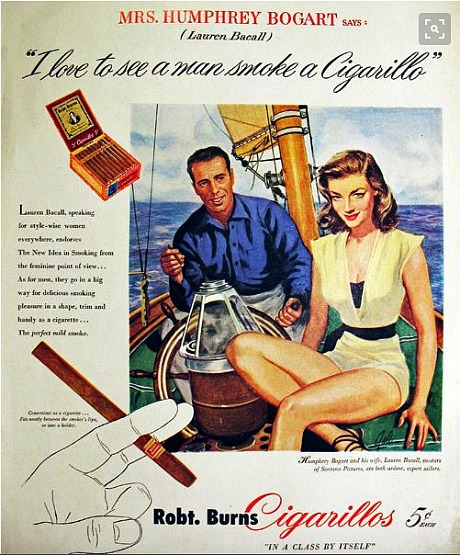 Director-writer James Toback and I were talking about the best and worst ways of dying, and he said something like the following: “We all imagine ourselves dying peacefully in bed…gently going to sleep with a wife or husband or family member holding your hand and a fire going in a nearby fireplace, and with your cat lying next to you or your dog licking your hand. But the truth is that most of us are going to die painfully, perhaps as a result of an accident or due to some kind of shock or trauma or disease, probably in a hospital or in a damaged car or a taxi or lying on a sidewalk, and without very much preparation and probably not enough pain medication.”

It is therefore soothing to report that according to F.X. Feeney, his friend Michael Cimino, who was found dead last weekend, just went to sleep and that was that.

“Many thanks to your readers for responding so movingly to what I offered about Michael the other day,” he writes. “What I wrote, near the end — ‘I don’t know what he died of, and prefer to honor his privacy,’ was an expression of caution, not lack of curiosity. I didn’t know many facts that first day and was wary of busybodies wanting some hint of Babylonian self-sacrifice. What I’ve since learned is worth sharing.

“For all that he might have had premonitions which lent an aura of conscious elegy to our last get-together, Michael was not ill. He’d recently visited a physician about a mild respiratory complaint, but as near as anyone could tell was in steady health. He was 77 years old and his heart simply stopped while he was asleep.

“Blessed are they who have known the full scope of 20th Century cinema and the best of times in that sense. The first stirrings of cinematic greatness occured in the 1920s (Lang, Murnau, Griffith, Keaton, Von Stroheim), and then came the long second movement which began in the mid ’30s and ended…well, you tell me. The early ’80s? The late ’90s? The end never came? I think things are still humming and crackling for the most part, but you could certainly argue that the arrival of the post-cinematic, sub-literate, sensation-and-explosion-seeking, digitally-attuned generation of jizz-whizz moviegoers (by far the least educated and most reality-averse in Hollywood history) and the filmmakers in their midst has brought things to an all-time low.” — cribbed from a brief tribute piece to critic Stanley Kaufman, who passed on 10.9.13.

If I was sitting in a hotel lobby and a guy wearing these hiking sandals walked in and sat nearby, I would get up and…I don’t know if I’d sit as far away as possible or just leave the hotel, but it would be one of these two. If I was conducting interviews for a staff job and a male applicant came in wearing these things, he would so not get the job. If I really liked a film and had asked to interview the director, and he/she walked into the hotel room wearing these things I would find a way of walking back my rave. Or I might publish a “mea culpa, what was I thinking?” piece. One presumes no self-respecting director would wear a pair, but who knows? Older guys seem to wear these things the most, but I suppose some women do also. To his credit, Viggo Mortensen doesn’t wear a pair in Captain Fantastic. 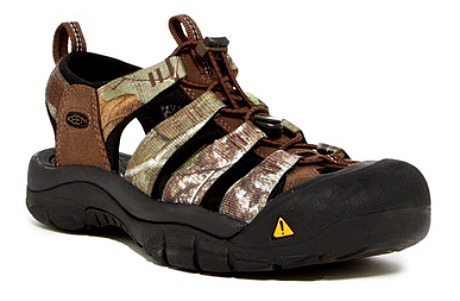 It may be that Jeffrey Blitz‘s Table 19 (Fox Searchlight, 1.20.17) is a cut above. The trailer seems to suggest that. Maybe. Eloise (Anna Kendrick) feels angry and humiliated over being suddenly dumped by her bearded, not-a-great-catch boyfriend (Wyatt Russell), with whom she’d planned to attend a big wedding reception with. She goes anyway, glum and seething, but gradually wakes up to the opportunity of hooking up with a nice guy who’s obviously higher calibre (Thomas Cocquerel). Trailers always lie, but the illusion being sold is that the film may be nicely cut, well scored and performed with restraint. The script is by Mark and Jay Duplass. But why trailer a film that won’t pop for another seven months?

Star Trek veteran and “out” pathfinder George Takei doesn’t care for John Cho‘s Hikaru Sulu suddenly being revealed as a closeted gay guy in the forthcoming Star Trek Beyond (Paramount, 7.22). Cho recently told Australia’s Herald Sun that Sulu will be revealed in the new film as a closet case. What’s the beef? Takei says it feels to him like a facile decision on the part of director Justin Lin and screenwriter/costar Simon Pegg.

Takei, who played Sulu in the 1960s Trek TV series, told The Hollywood Reporter‘s Seth Abramovitch that it would be better if Pegg and Lin could “be imaginative and create a character who has a history of being gay, rather than Sulu, who had been straight all this time, suddenly being revealed as being closeted.”

13 Comments
If Lemon Fears For His Safety…

If a cop pulls me over or stops me on the street, I always mildly submit. I become an obedient cocker spaniel at a dog show. “Yes, sir,” “Yes, officer”…moderate tone of voice, not too much eye contact, head slightly bowed. I instantly and repeatedly convey my respect and acknowledgment of police authority. What are the odds that a cop would shoot me if I reached for my wallet inside my jacket or out of my back pocket? Very low as I always tell them I’m reaching for it. Probably next to nonexistent. What are the odds that a cop might shoot Don Lemon if he did the same? Obviously a bit higher. What are the odds of a cop shooting a black guy who’s not as cautious, carefully mannered and well-dressed as Lemon? Even higher.

“If we don’t love another, this separatism, this cancer will kill our body” — Dallas Mayor Mike Rawlings, speaking during Dallas vigil around 12:40 pm Central.

I learned about the Dallas shootings just after the 7pm all-media Ghostbusters screening. A sniper shooting cops. More than one shooter? Apparently not. Three cops dead, then four, then five. Right away I strongly suspected why the shootings had occured — instinctual, rash, mad-dog revenge for the killings of Alton Sterling and Philando Castile at the hands of policemen. Hate begets hate. But I said nothing. If you say anything the least bit incisive in the wake of this kind of nightmare, the twitter dogs will pounce.

Somebody tweeted this morning that the atmosphere in the country is starting to feel like 1968.

I took a walk around WeHo around 10:15 pm or so. Thinking about it, thinking about it. The very high likelihood of a revenge motive, hours after the deaths of Sterling and Castile, obviously suggested a loose-cannon, hair-trigger mentality. I mentioned the analogy of Sonny Corleone — hot-tempered, fly off the handle, blood for blood, exacerbating, making things ten times worse. You wouldn’t believe how bone-stupid some of the responses were.

Inflammatory headlines began to pop — N.Y. Post, Drudge Report, TheWrap. Then the cops got the shooter — Micah Xavier Johnson, a 25 year-old ex-military guy from Mesquite, Texas. Exploded to death with a robot bomb. Then this morning’s press conference featuring the Dallas Police Chief. Then the Dallas vigil.