The following titles are believed to be Telluride ’16 attractions. They were posted earlier today on Jordan Ruimy‘s “Mind of a Suspicious Kind” website. (Michael’s Telluride Blog has the same titles.) I recorded an Oscar Poker podcast earlier today with Ruimy, a regular Playlist contributor. Soon to move to Boston from Montreal, Ruimy has been catching movies all year long and staying abreast of things and not ducking movies and hibernating like a bear from February through Labor Day, like another columnist I could mention. I ran these by a guy who knows stuff, and he had no arguments with these being likely Telluride entrees. He said, however, that the list doesn’t mention one major American film that is definitely going. 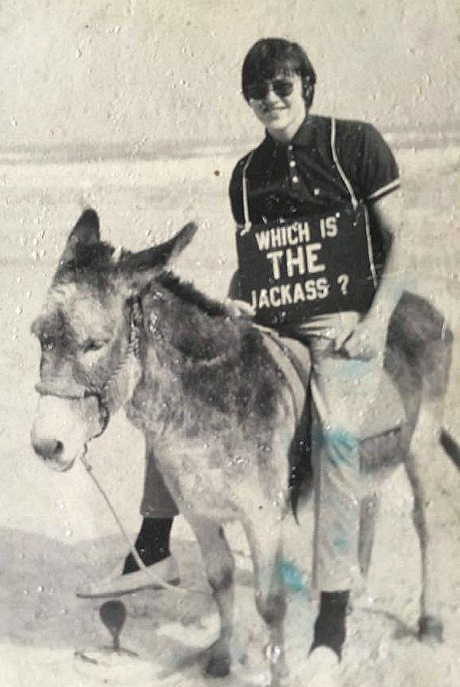 Taken eons ago on Daytona Beach. I don’t feel good about the white loafers. I can’t explain the motive. 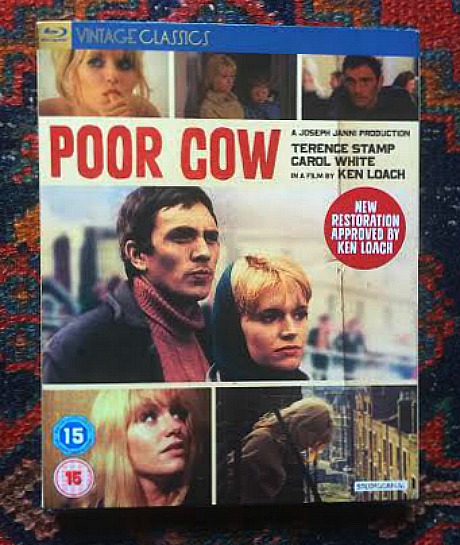 The Poor Cow clips that Steven Soderbergh used in The Limey were (a) desaturated, (b) fragmented, (c) sparse and (d) mostly soundless. Tonight, for the first time in my life, I get to see the full-color, all-in version of Ken Loach’s 1967 film. Along with the latest episode of The Night Of, of course. 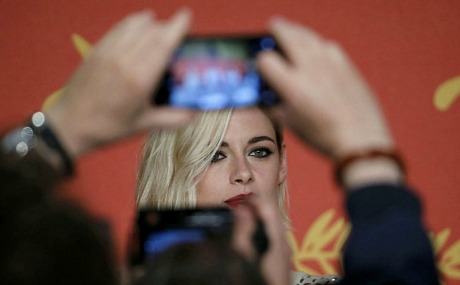 Those are my blurry hands taking iPhone shots of Kristen Stewart during the May 2016 Personal Shopper. press conference in Cannes. I knew for sure because of the brown leather wristband.
(More…)
August 21, 2016 6:41 pmby Jeffrey Wells
27 Comments
Hill Is Hungry, Crafty, Self-Defined

“If you make people laugh, it is very hard for them to see you not making them laugh. Every time I do a movie like Moneyball or Wolf of Wall Street or War Dogs, when you do interviews they all say ‘wow, this has been a major transition for you.'” — Jonah Hill speaking to Any Given Wednesday‘s Bill Simmons.

But Jonah has transitioned, completely, into the realm of serious performance-giving and profile-expanding. Yes, playing an assortment of colorful, curious and eccentric guys, for sure, but well beyond the realm of Superbad-level (or Superbad-wannabe) comedies.

You know who I thought might transition into better, more substantial films or at least out of lowbrow comedies but hasn’t? Seth Rogen. For the most part he seems determined to stay in his safe zone. If Rogen was going to “do a Jonah Hill,” he would’ve done it by now. He just keeps making these mildly middlebrow stoner comedies (I loved Pineapple Express, didn’t mind The Interview, meh Neighbors) and letting go with that Rogen laugh and living up to that famous Michael O’Donoghue-ism – “Simply making people laugh is the lowest form of humor.”

16 Comments
Women In Love Bluray Is Only Days Away…

There was a brief, horrific two- or three-week period last September when it seemed as if Lenny Abrahamson‘s Room, which 90% of female cognoscenti and quite a few girlymen critics adored, might become the emotional favorite and thereby nudge aside Spotlight, which was clearly the cultivated-journo favorite in the wake of Telluride-Toronto, for the Best Picture Oscar.

A ghastly sense of foreboding gripped my soul as I began to realize how strongly many people felt about Room. That anecdote about a woman weeping in the Academy lobby told me it was fait accompli. The prospect of a Room victory felt like a spear in the side. But all of that Best Picture talk went away pretty quickly, didn’t it? Because it became increasingly clear that more people were on my side of the equation, and the Room crowd realized by late October or thereabouts that their only realistic shot was Brie Larson winning the Best Actress Oscar, which of course she did.

But thank God Room was defeated. The world came to its senses! We’ll be stuck with cloying Jacob Tremblay for the next few years (Before I Wake, Shut In, The Book of Henry, Burn Your Maps, Wonder are due in ’16 and ’17) but them’s the breaks.

I was just re-reading my initial Toronto review and the horror just came whooshing right back:

In a CNN.com article filed this morning (Sunday, 8.21) by Barbara Starr, Lt. Gen. Stephen Townsend, commander of U.S. troops in Iraq and Syria, said he hopes the US-led coalition can “defeat ISIS in Iraq and Syria in this next year.”

Townsend quickly qualified this ambitious-sounding agenda. “Do I think ISIS will be gone from Iraq and Syria [by the end of ’17]? No. But I want them out of the cities. I want them dead or on the run in a hole somewhere in the desert, and significantly less of a threat.”

I like that, the “dead or in a hole” part. This is how a strong military commander should talk about the enemy. What Townsend said doesn’t quite have the ring of “we’re not just gonna murder those lousy ISIS bastards…we’re going to use their living guts to grease the treads of our tanks,” but he’s on the right track.