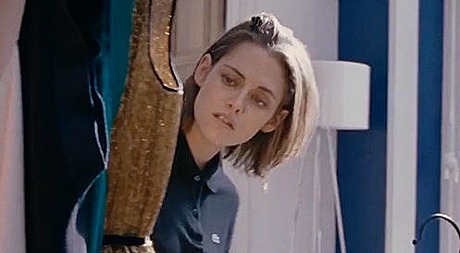 Yesterday afternoon I asked occasional Awards Daily contributor Jordan Ruimy, who mainly files for The Playlist while writing his own online column, to join me for an Oscar Poker session. Jordan, who will soon move with his wife from Montreal to Boston, attended Sundance last January (he shared my condo) and also did Cannes, and he’ll be in Toronto. Plus he knows his stuff. We talked about the fall season in general, but the two hottest conversational topics were (a) why has IFC Films refused to firm a release date for Olivier Assayas‘ Personal Shopper? and (b) will Paramount even release Martin Scorsese‘s Silence this year? Again, the mp3.

Who wouldn’t want to tag along on Barack Obama and Michelle Robinson‘s first date on a summer’s day in 1989 Chicago, when they were respectively 28 and 25? With an assurance that nothing too heavy or difficult will happen, and that the chatter will always feel right and real? Richard Tanne‘s Southside With You (Roadside, 8.26) is smart and centered. Likable, interesting, holds your attention, no sweat. I’ve seen it twice and could go again. Everyone will like the intelligent, open, glide-along vibe.

Barack (Parker Sawyers) is an obviously bright, mild-mannered preppy bro, working at Michelle’s Chicago law firm for the summer, smoking too much, more than a little bothered about his deceased dad’s “incomplete” life and less than resolved about what he wants to do after finishing Harvard Law. “Maybe” politics, he says.

Michelle (Tika Sumpter, who also produced) is more mature and focused but also wrapped a little too tight, at first guarded to the point of almost being brittle, and yet open and spirited when the mood shifts. She gradually relaxes but when things start she’s against the idea of going on a “date” with a “smooth-talking brother” because she doesn’t want her associates to chuckle about her getting cozy with the “cute” black guy, etc.

It all happens in Chicago’s South Side, a primarily black district that is referred to a couple of times as “the garden.” Barack picks her up around 1 pm in his shitty little car with a hole in the floorboard. They exchange the usual personal histories, preferences, etc. (He likes pie, she likes chocolate ice cream.) They catch an exhibition of black painter Ernie Barnes. They attend a community center meeting where Barack delivers an impromptu speech about acting in a less hostile fashion toward white Chicago establishment politicians who don’t seem to care about funding a community center. They go for beers, talk some more, and then catch a showing of Spike Lee‘s Do The Right Thing.

Which leads to the only socially awkward moment of their non-date, when Michelle runs into an older white attorney from her law firm, apparently a senior member, under the marquee, and then Barack returns from the bathroom and she’s mortified…busted! But the older white guy brightens and grins at the sight of Barack and it’s all easy and cool. Except, that is, for senior whitey’s opinion of the ending of Do The Right Thing (i.e., why did Mookie succumb to self-destructiveness by throwing the trash can through the window of the pizzeria?). Michelle is guarded and pissed again, so Barack stops at a Baskin-Robbins and buys her a chocolate cone. It ends with a kiss and a nice feeling as they return to their homes. Over and out.

This morning the 54th New York Film Festival (9.30 to 10.16) announced a special world premiere screening of Ang Lee‘s Billy Lynn’s Long Halftime Walk (TriStar, 11.1) on Friday, 10.14. Not at Avery Fisher Hall, mind, but at the AMC Lincoln Square, where the film will be projected with portions shown at 120 frames-per-second. The tech aspect alone has me all hopped up.

As I understand it Billy Lynn Pic is more or less an Iraq War Catch 22 with a little Flags of Our Fathers thrown in. Essentially a piece about projected fantasy and nationalistic delusion vs. the reality of warfare. Don’t we already know about all this? That families and communities can’t hope to understand what it’s like to be “in the shit,” and that they often express respect and thankfulness with overblown patriotic pageants and whatnot? Didn’t Clint Eastwood cover this through and through ten years ago?