Support on Patreon Follow @wellshwood
47 Comments
Concrete Under My Soles

I’ve just committed to the second biggest Hollywood Elsewhere travel expenditure for the purpose of seeing an award-season movie with the first wave. I’ll be flying to Manhattan in early October to catch the New York Film Festival’s 10.14 world premiere of Ang Lee‘s Billy Lynn’s Long Halftime Walk. That’s right — no concurrent showing for Los Angeles critics. I’ll actually be arriving on 10.7 to catch a few NYFF attractions as well as hang in Connecticut a bit, but Billy Lynn at 120-frames-per-second will be the main order of business. HE’s flight to London in October 2013 to catch an early showing of Saving Mr. Banks remains the most exorbitant thing I’ve ever done for professional purposes. 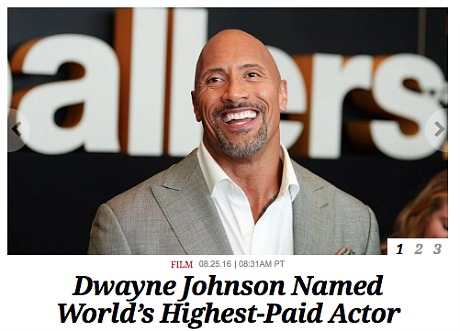 Earlier today Variety‘s Ramin Setoodeh reported that Denzel Washington is “eyeing” the lead in Dan Gilroy‘s Inner City, which is “being billed as a character study in the vein of Paul Newman’s performance in The Verdict,” Setoodeh wrote, especially given that Washington will play a lawyer “in an ambulance-chasing firm.” I’ve since been told by an insider that while Inner City may be Verdict-like in this or that regard, the ambulance-chasing description is “inaccurate.”

I’ve noted before that while the Telluride Film Festival (9.2 thru 9.5) is billed as a four-day festival, it’s really a three-day thing. They always wait until 3 pm or thereabouts on Friday afternoon (i.e., after the picnic) to kick things off, and they know that many people are gone by Monday lunch or early afternoon, so it’s (a) a half-day on Friday, (b) two full days over the weekend, and (c) a half day on Monday. If you have to file and pack on Monday morning it’s more like a 2 and 1/2 day festival.

If the Telluride fathers wanted to make it more time-efficient, they would start with a screening or two on Thursday night (when most people arrive) and then jump right into the first showings on Friday morning.

Plus there’s a slot for a major American film showing that isn’t on anyone’s list right now, or at least none that I know of. But it’ll be there.

I’m sorry but I’ve heard that Garth Davis‘s Lion (Weinstein, 11.25) may be a little too cloying for judgmental types like myself. Which doesn’t mean that it’s not a half-decent film or that others might not find it nutritional. True-life saga of an Indian dude, Saroo Brierley, adopted by Aussies after being lost to his family at age five, reconnects with his parents at age 25 via Google Earth. Screenplay by Luke Davies, based on Brierley’s book “A Long Way Home.” Costarring Dev Patel, Nicole Kidman, Rooney Mara, David Wenham, Nawazuddin Siddiqui.

Jerry Lewis brought an imaginative, surreal sense of humor to the table when he began directing. This is what the Cahiers du Cinema gang loved about his signature, and the reason his early to mid ’60s films — The Bellboy, The Ladies Man, The Errand Boy, The Nutty Professor, The Patsy — are currently respected. This bongo drums bit in Visit to a Small Planet, directed by Norman Taurog just before Lewis directed The Bellboy, was a typical Lewis creation. Different and innovative, certainly for its time.

Why am I mentioning this? Because tonight is Jerry Lewis night at the Aero. The 90 year-old legend will sit for a post-q & a following a special screening of Daniel Noah‘s Max Rose.

Notice Stanley Kubrick favorite Joe Turkel (Paths of Glory, The Shining) as a generic Beatnik type. Turkel isn’t listed in the credits, but it’s him.

Visit to a Small Planet Wikipage: “Gore Vidal wrote Visit as a TV play. It aired on 5.8.55 on Goodyear Television Playhouse. Vidal intended a satire on the post-World War II fear of communism in the United States, McCarthyism, Cold War military paranoia and the rising importance of television in American life.

How wondrous and satisfying that Doug Liman, whom I’ve known for 20 years and who is fully capable of and keenly interested in making sharp, real-world, balls-to-the-wall films like Swingers, Go, The Bourne Identity, Fair Game, Edge of Tomorrow and the forthcoming American Made (i.e., Tom Cruise as TWA pilot and ’80s-era drug smuggler Barry Seal)…how terrific that Liman is the latest A-list director to accept a fat paycheck in exchange for contributing to the ongoing pestilence of comic-book movies, particularly one from the Warner Bros./D.C. Comics realm — Justice League Dark. All hail John Constantine, Swamp Thing, Phantom Stranger, Zatanna and Fred C. Blow-me. How wonderful, how riveting, how exciting for us all. 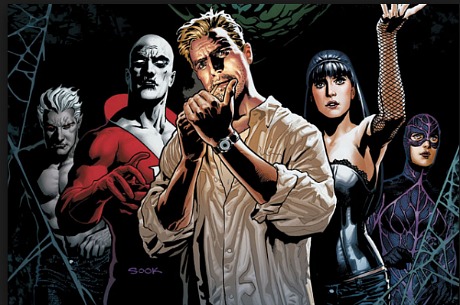 Captured by yours truly on 1.25.16, sitting in front row of Park City’s Eccles theatre following 3 pm screening of Manchester By The Sea: