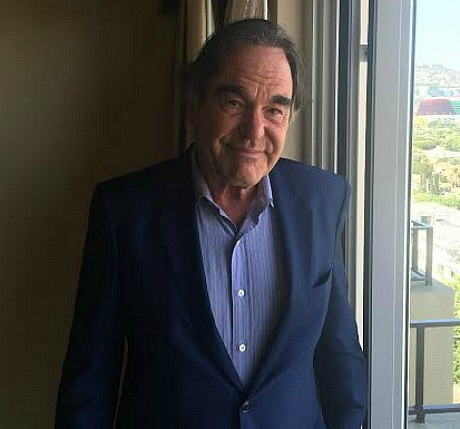 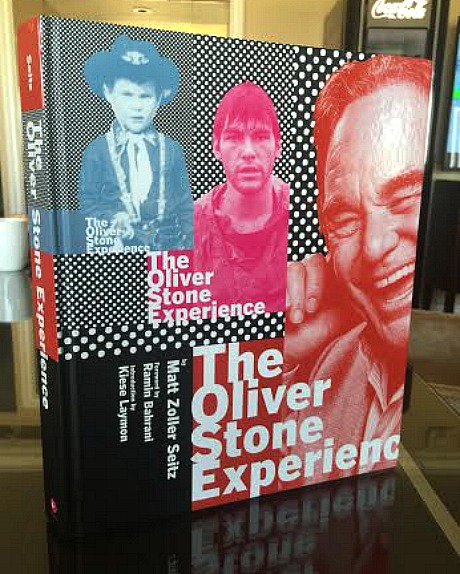 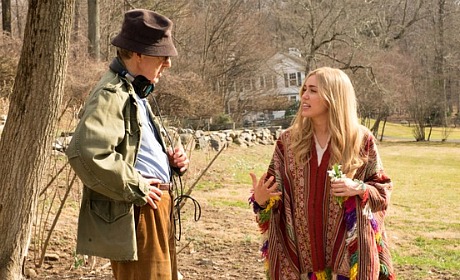 I know it’s against the law to say this, but I’m not entirely sure that I like Sam Peckinpah‘s The Getaway (’72) better than Roger Donaldson’s 1994 version. I was more than pleased with the Donaldson, and there are portions of the Peckinpah that bothered me from the get-go. (Sally Struthers‘ character, for one.) But I’ll always love this shotgun-the-cop-car scene in the original. 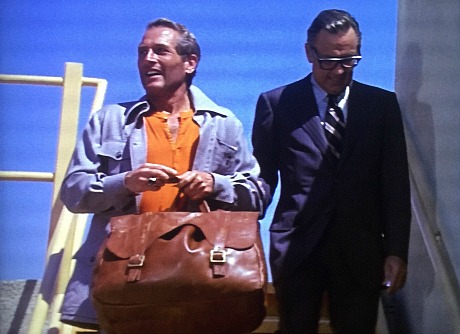 Yesterday I received a slim plastic package containing Ezra Edelman‘s justly celebrated O.J.: Made in America — two discs, five parts, 464 minutes. I’ve watched the whole thing twice, I own the five-disc Bluray and the series is totally viewable on ESPN and YouTube, but it’s nice to own another way to watch it. A lot of critics will say this or that film is “required viewing” but this, trust me, is required viewing. I haven’t seen all the docs I should have by now (Anne Thompson‘s 8.25 checklist piece made that abundantly clear) but I doubt if anything will overpower the rep that Edelman’s doc enjoys. 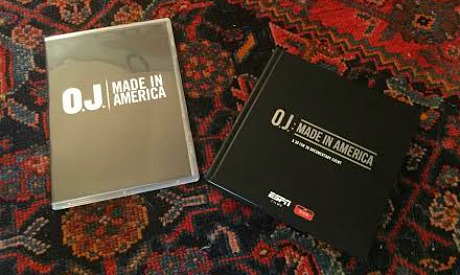 Damien Chazelle‘s La La Land (Summit, 1.2) will premiere tomorrow night at the 73rd Venice Film Festival. The first trade reviews will pop sometime around midday in Los Angeles, maybe mid-afternoon in New York. I’ve already been told what La La Land is — a generally satisfying, richly embroidered recreation of a romantic ’50s musical with Ryan Gosling and Emma Stone trying to fill the shoes of Gene Kelly and Debbie Reynolds…or something like that.

No, stop — forget Kelly and Reynolds. Ryan and Emma have to be themselves or it won’t work. And the movie definitely has to be itself. 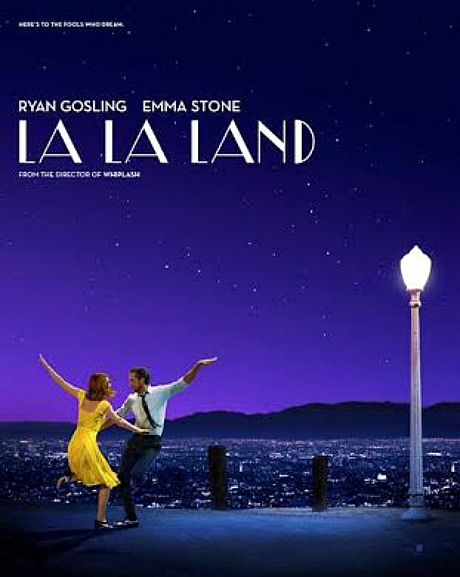 Excerpt from a Deadline/Pete Hammond interview with Chazelle: “At 31, Chazelle is a rare member of his generation who truly gets the glory of a bygone era and seems determined to make it new again. In the course of our 45-minute conversation he clearly demonstrated his encyclopedic knowledge of movies, all types of movies, and La La Land reflects that in many ways — particularly in a sequence set at a revival-house screening of Rebel Without A Cause where Sebastian and Mia meet up for a late-night date.

“[The scene] is full of melancholy and irony as it follows a dinner table conversation in which the participants discuss why seeing movies at home is far preferable to a theater these days.

“That is clearly not Chazelle’s message here. He’s old school, though he told me he realizes not everyone will warm to seeing a musical like this in this day and age. It seems to me, though, that many will be discovering something brand new and startlingly original here and will definitely relate.

Every film of consequence goes through five awareness bumps before opening. The first bump is absorbing early info (title, synopsis, cast, director, producers) and maybe reading the script. The second comes with first reactions to early screenings (be they research or long-lead). The third bump is comprised of (a) reactions from people you know and more or less trust who’ve seen the film a few weeks before the opening and/or (b) reactions from festival screenings, if a festival showing is a factor. The fourth bump is general reviews, trailers, tracking, first weekend word-of-mouth. The fifth can be the most crucial — reactions from slowboat ticket buyers, second-wavers, doddering Academy types and non-geniuses. If a movie has caught on, the reactions from this last group will reflect that.

So far Warren Beatty‘s Rules Don’t Apply (20th Century Fox, 11.23) has been through bumps #1 and #2. The first reactions were “good if somewhat traditional”, but a more recent reaction from a knowledgable guy is that it’s very good and is in fact a kind of sublime bull’s-eye thing that will connect with Academy mooks. Bump #4 will happen privately in late September and October, but more particularly when his film, a Los Angeles-set late ’50s dramedy involving two employees (Lily Collins, Alden Ehrenreich) who work for super-magnate Howard Hughes (Beatty), kicks off the 30th AFI Film Fest on Thursday, 11.10. The dream or desire on Beatty’s part, I would imagine, is that under-35 types will relate and embrace given (a) the Collins-Ehrenreich casting and (b) the general theme of seeking a certain emotional serenity — a place of grace, a safe haven — in the midst of a somewhat oppressive and overbearing social system or climate.

Sometime in early ’75 I was sitting at a large round table in Izzy’s Deli (17th Street near Wilshire in Santa Monica), fretting about my future, knowing I had to make a move. It was a Saturday around 11 pm. The place was mostly filled, and truth be told I should have been sitting at the counter but I was too absorbed in my melancholy feelings to act in a considerate manner. Suddenly there was a guy with huge eyeballs standing next to me — Marty Feldman. He was with his wife (Lauretta Sullivan) and another couple. Feldman: “How are you? We were actually wondering if we might sit down?” Me (a bit taken aback): “Uhm, you’d like to sit…?” Feldman: “So we can join you!” I suddenly woke up and realized I was being selfish. Me to Feldman: “You guys take it. I’m good. No worries.” No, I didn’t say “Yo, Eye-gore!” No handshakes, no acknowledgment that I knew him. I didn’t want to be a fan. 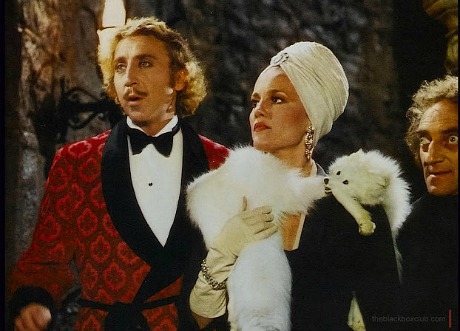 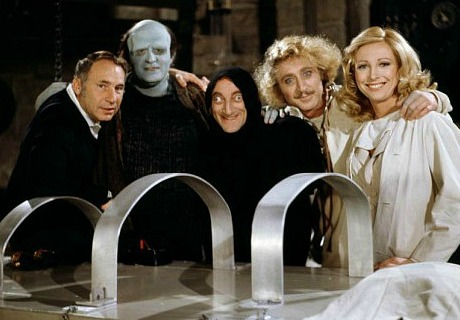 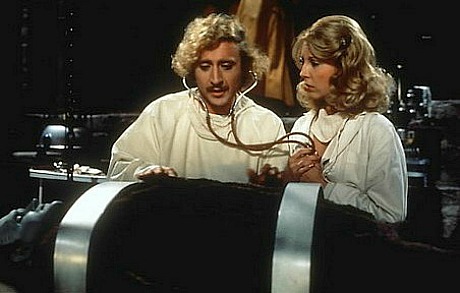 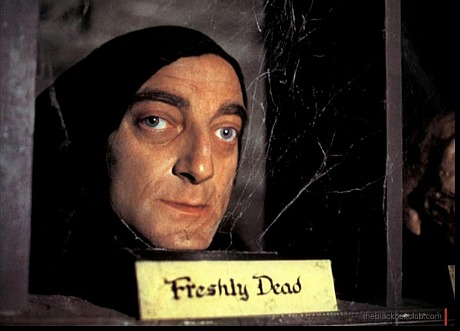 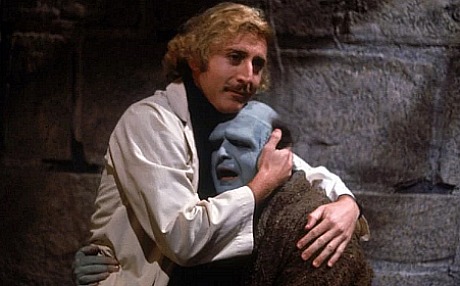