If you’re any kind of Zodiac fan, you know that David Fincher’s 162-minute Director’s Cut is the only version worth seeing or discussing. The original theatrical cut ran 157 minutes. The five-minutes-longer Director’s Cut offers expansions in ten scenes, and most importantly includes the black-screen musical time passage sequence.

No self-respecting cinefile would even consider watching the Philistines-only theatrical cut, and yet Cinefamily will be screening the 157-minute version on Thursday, 2.9, in honor of the film’s 10th anniversary. (In fact Zodiac opened on 3.2.07.) There’s still time to fix this. If Cinefamily doesn’t acknowledge error and announce that they intend to screen the 162-minute cut, they have no honor.

A 3.16.08 analysis by moviecensorship.com’s “Frankie“: “The five minutes of new footage edited back into the film will only go detected by either the filmmakers or Zodiac‘s die-hard fans. One will have to scrutinize over Zodiac‘s already-long 162 minute run time like it was the Zapruder film to catch all of the added scenes, which are mostly additional transitional cues and/or longer beats during the second act’s end-run-around of an investigation, culminating in the most noticeable of ‘new’ sequences — an extended ‘musical segue”‘ from the 1970s to the 1980s.

“But because Zodiac is a film about the consequences of details – big or small – about how even those filed under plain-slight can easily slip through the cracks, the new footage serves as another means by which Fincher enhances his audience’s viewing experience, aligning itself well with the investigation Zodiac’s detectives conduct.”

In what universe does an overweight, balding, pasty-skinned physician have even a wisp of a chance of scoring with a group of nubile 20something nymphs on a Greek island? In the actual world a guy like this might strike up a casual conversation with vacationing beach hotties…maybe, if the women were bored and God smiled for perversity’s sake.

For whatever reason an increasing number of cutting-edge filmmakers are refusing to accept that unattractive people live in a hole of muted misery for the most part, and that their lot in life, at best, is to only fraternize among themselves.  (Unless they’re rich, famous or brilliant.)  The universal law about birds of a feather flocking together for thousands of years can’t be changed just because a director-screenwriter (i.e., Suntan‘s Argyris Papadimitropoulos) decides to imagine otherwise.

48 Comments
Anti-Trump Oscar Telecast? Yes, Do It, Go There.

“After 45 years of scattershot liberal protest, the Academy Awards are now the perfect bully pulpit from which to address the already glaring moral calamity of Donald Trump’s presidency,” Variety‘s Owen Gleiberman has written in a 1.30 thinkpiece.

“Certainly, a balance needs to be struck: The point of the evening is to celebrate the movies nominated, and politics shouldn’t overshadow that. But I do believe that politics can blend with that. America will be watching — in greater numbers, I suspect, than we’ve seen for a long time. And not just blue-state America. I mean Trump voters too (do you think that none of them went to see La La Land?), and also swing voters, who may already be feeling a touch of buyer’s remorse, and who may have begun to peel off from the Trump crusade.

“What’s required is a way to speak truth — artfully and memorably, the way Meryl Streep did — to the Oscar-night viewers who are movie lovers who are citizens who have the power to change America. What’s required is a moment that can translate into a meme of protest. A lot of liberals have already begun to realize [that] the only way to defeat Donald Trump is to fight fire with fire — and on Academy Awards night, that means fighting show business with show business.”

26 Comments
If I Can Avoid 35mm Projection, I’ll Certainly Do That 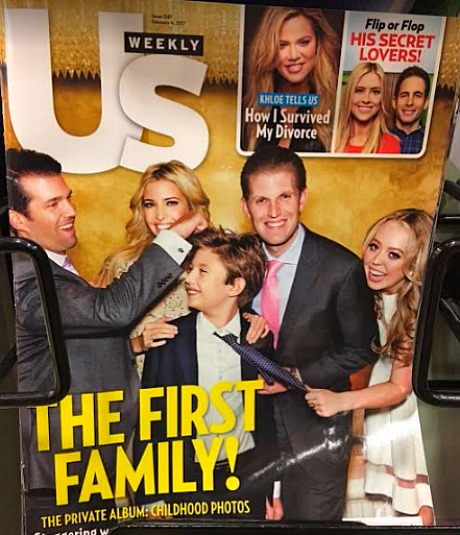 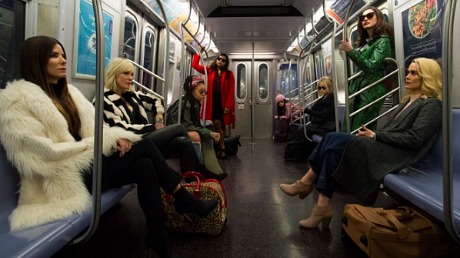