Until Criterion announced the imminent release of a restored 2K Bluray on 1.17, I’d never even heard of Jack Garfein‘s Something Wild (’61), much less seen it. Yes, it was released on an MGM DVD five years ago but I somehow ignored this. Boilerplate: “A complex exploration of the physical and emotional effects of trauma, Something Wild stars Carroll Baker, in a layered performance, as a college student who attempts suicide after a brutal sexual assault but is stopped by a mechanic (Ralph Meeker)—whose kindness, however, soon takes an unsettling turn. With astonishing location and claustrophobic interior photography by Eugen Schufftan, an opening-title sequence by the inimitable Saul Bass, and a rhythmic score by Aaron Copland, Garfein’s film is a masterwork of independent cinema.”

I’m half intrigued because of the presumably gritty New York locations, but that’s all. I’m not walking around with blinders. I used to work at the Carnegie and Bleecker Street Cinemas (both were highly regarded repertory cinemas) in the late ’70s. If this is such a good or fascinating or magnetic film why haven’t I heard about it until now? If Baker gives a “layered” performance, what’s a good example of an un-layered performance? 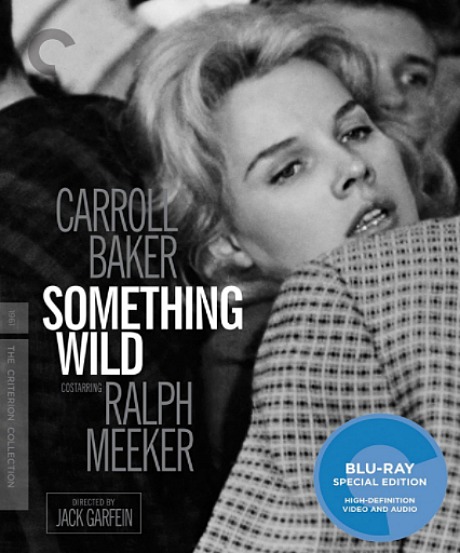 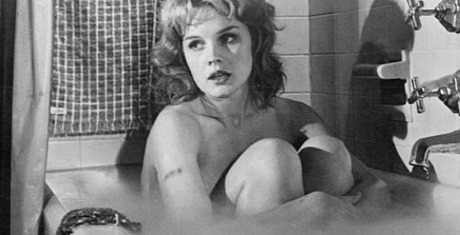 I’ve just stumbled upon this photo. It shocked me because of a mediocre script I wrote around ’86 called Space Elvis. Boilerplate: “Elvis was kidnapped by aliens in August 1977 just before he died, and flown back to the aliens’ home planet. He was restored, cleaned up, de-drugged, probed, kept in a large home (facsimile of Graceland) for 32 years, and then returned to earth as the same 42 year-old he was before only much thinner and full of vim and vigor and ready to rock out. Except nobody believes he’s the real Elvis (naturally) so the only gig he can get is performing as an Elvis impersonator.” I never could figure out a good story after EP is returned to earth and is soon after stuck performing at a third-rate Las Vegas lounge for nickles and dimes. I posted this summary was on 10.30.08. 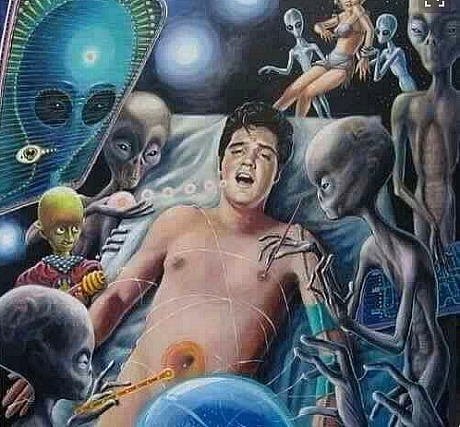 The Capri Hollywood Festival has just named Damien Chazelle‘s La La Land as the Best Movie of the Year. Well, that settles it — the Best Picture Oscar is now a fait accompli.

Seriously, the real deal-sealer is the apparent likelihood that La La Land will end up cresting $100 million. As the New Years’ Eve weekend drew to a close the Lionsgate release was at $37 million. This inspired N.Y. Times reporter Brooke Barnes to call it “the No. 1 prestige release of the year” and to remind that La La earnings are “on par with films like Silver Linings Playbook, which went on to collect more than $132 million in the United States and Canada in 2012.”

HE commenter Bobby Peru, who predicted on or about 9.4.16 that La La Land would only do “arthouse-level business”, has never manned up and eaten his words, which any person of character would have done by now.

I still don’t understand the analogies between the national mood (i.e., widespread depression over the election of Donald Trump) and La La Land possibly winning the Best Picture Oscar…or not.

On 10.24 Cinemaholic‘s Gautam Anand wrote in an HE comment thread that “with Hillary Clinton winning the election, Hollywood will be in a celebration mood, [and] La La Land will hugely benefit from that. I know to many this may sound ridiculous, but imagine Trump winning the election and then Hollywood going for something like La La Land. It wouldn’t feel right.”

So now with Trump sending everyone into a psychological tailspin, it feels “right” to celebrate La La Land anyway?

Contrast this with Barnes declaring that “the moviegoing masses sent clear messages in 2016, [which is that] fantasy worlds of any kind, whether underwater or in outer space, are worth the trip to theaters. But reality? Not so much.” If you allow that voting preferences of Academy and guild members often bear some relation or resemblance to box-office popularity, as previously noted, a La La land victory would make sense.

But La La Land (to its considerable credit) is not a fantasy film. Well, it is in terms of resorting to song and dance escapism, but it’s mostly a film about downish career struggles, disappointments and rejections.

Back during the Telluride Film Festival Tom Hanks was so enthused about La La Land that he declared that “if the audience doesn’t embrace it, we’re all doomed.” So I guess we aren’t doomed then — not spiritually, at least.

53 Comments
“This Is Something Different”

“A friend at the office said it’s like you’ve been tossed out of an airplane…you feel the alarm, the fear, you feel the freezing wind around you, but you haven’t gone splat yet. On the other hand no parachute has opened…there’s no sense of ‘aah, this is a normal event.’ The back and forth between Republicans and Democrats, conservatives and liberals. There’s not that sense, at least not in me. But there is that impulse to make it such. Normalization. It’s a very human impulse…to normalize the situation so you’re not in a state of constant alarm or fear or sadness or agitation.” — New Yorker editor David Remnick in a 12.21 interview with BBC’s “Newsnight”, which was largely about Remnick’s post-election (11.9) essay — “An American Tragedy.”

Poor Wayne Rogers (Trapper John on TV’s M*A*S*H from ’72 to ’83) died a year and two days ago at age 82. He was a likable midrange actor who wound up making a lot of money in the stock market, but I chose not to post anything when he passed. Because the only thing I had to say about the guy would’ve been construed as unkind and inappropriate at such a moment. But I can say it now.

My only in-the-flesh encounter with Rogers was when I saw him in a 1989 Westport Country Playhouse production of David Mamet‘s Speed-The-Plow. He played Charlie Fox to Charles Cioffi‘s Bobby Gould. I’d seen Joe Mantegna, Ron Silver and Madonna do it on Broadway a year earlier, and they were much better. (Yes, even Madonna.) One reason was that the Broadway version played it hard, tough and trim while the Westport guys softened the mood here and there. Rogers basically tried to win the audience over by charming things up, and you can’t do that with Mamet.

The bottom line is that Rogers wanted the audience’s approval and affection more than he wanted to respect the text and “deliver the Mamet” the way he should have. (Surely he’d seen the 1988 B’way version.) That’s one of the marks, no offense, of a second-tier actor. But he turned out to be a first-rate investment manager. 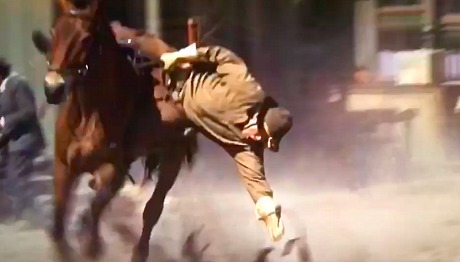 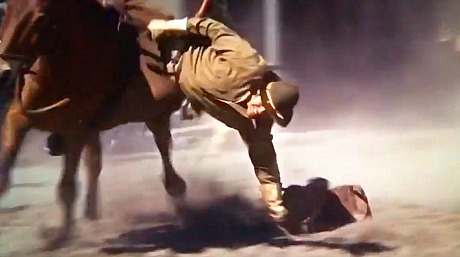 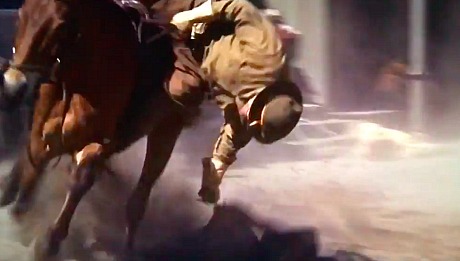