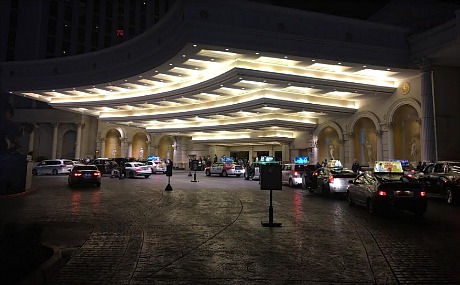 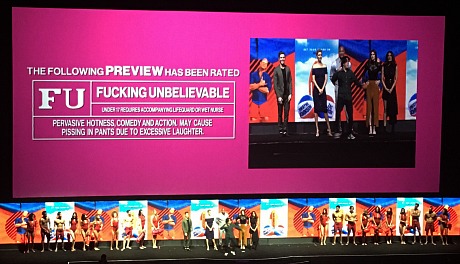 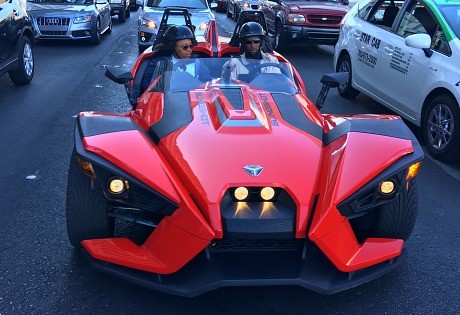 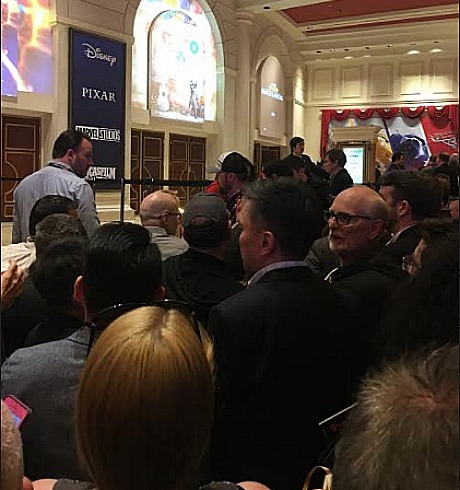 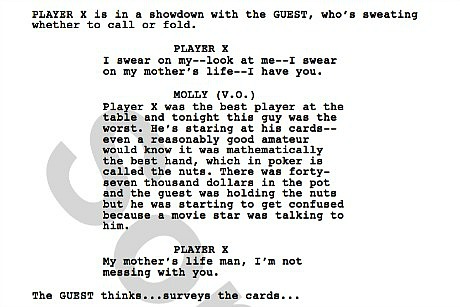 I’ve missed episodes #3 and #4 of Feud, but will catch up this week. I’m not even sure if Susan Sarandon‘s brilliant mimicry of Bette Davis‘s performance of the “Baby Jane” song, which happened on a 12.20.62 airing of The Andy Williams Show, was in episode #3 (“Mommie Dearest”) or #4 (“More or Less”). What struck me about this is that almost no one saw this in color. Yes, televised color broadcasts began in ’58, JFK’s inauguration was captured in living color and some network shows began to colorcast in the early ’60s, but color TVs didn’t start to enter the American home en masse until ’64 and actually more like ’65. This coincided with Hollywood’s decision to phase out black-and-white films, which were all but extinct by ’66.

Cinemacon 2017 kicked off last night with footage of some noteworthy directors (including 13th helmer Ava Duvernay, Logan‘s James Mangold and Wonder Woman‘s Patti Jenkins) talking about how transporting the cinematic experience can be when the right film is showing. (When Jenkins said that the ending of Moulin Rouge always melts her down, I said to myself “Really? I’d forgotten that but okay, whatever.”)

Cinemacon director Mitch Neuhauser then took the stage and reiterated the same — i.e., the excitement, wonder and spiritual current of seeing a brilliant, touching film with an engaged audience is why we all love the theatrical experience. Me too — all my life.

But it’s all about movies and not the venue, and the films that Neuhauser, Mangold, Duvernay and Jenkins spoke of were real-deal, deep-current, finely crafted soul films. We’ve all been to certain plays on Broadway that truly connect and lift people out of their seats, and every year a few movies do this also. All hail the theatrical experience, but with the exception of the Blade Runner reel, which really got me going, last night’s Sony presentation was mostly composed of “product” — movies for families, teens and garden-variety primitives. CG oompah, razzle-dazzle, Barnum & Bailey, etc.

Which made it all the more clear that the spiritual current and real-life intrigue — the finely sculpted material that channels the way life actually feels and behaves along with those undercurrents that really hit home — is the kind of thing that SONY product isn’t even thinking about trying to capture, with the possible exception of Blade Runner 2049.

Back in West Hollywood I’m always in the groove — settled, loved/hated, driven, committed, on the stick. I’ll feel the same way in New York, Paris, Telluride, Prague, Hanoi, Wilton, Savannah, Key West…you name it. But Las Vegas feels like an empty place, and it’ll give you the virus if you let it. All those tourists without a compass or a clue. “Help…we need to party and indulge ourselves because we don’t know what else to do…whoo-hoo! We’re impressed with super-sized hotels and paying way too much for dinners!” I was contemplating the pre-dawn gloom from my 23rd-floor perspective, and for the first time in a long time I felt the blues of it all. The emptiness seeped in. This place is so not cool.