In response to which Comey said, according to a prepared opening statement prior to Thursday’s testimony, “I didn’t move, speak, or change my facial expression in any way during the awkward silence that followed. We simply looked at each other in silence. The conversation then moved on, but he returned to the subject near the end of our dinner.

“At one point, I explained why it was so important that the FBI and the Department of Justice be independent of the White House,” Comey continues. “I said it was a paradox. Throughout history, some presidents have decided that because ‘problems’ come from Justice, they should try to hold the department close. But blurring those boundaries ultimately makes the problems worse by undermining public trust in the institutions and their work.”

For whatever reason Universal chose not to preview this Doug Liman-Tom Cruise adventure flick at Cinemacon, the mid-March exhibitor confab in Las Vegas. Why, I wonder — because it’s not popcorny enough? It feels totally popcorn — a broad attitude drug-smuggling thriller that seems to fuse the surreal and comedic. Barry Seal, the pilot-smuggler played by Cruise, was in his early to mid 40s when the action of the story occured, so Cruise, who turns 55 in July, is playing more or less age-appropriate. (Seal’s wife is played by 33 year-old Sarah Wright.) By my count Cruise has died in two films thus far — Interview With The Vampire (via natural vampirism) and Collateral (a death scene that improves with each re-viewing).

It would seem that the decades-old Blade Runner suspicion about Harrison Ford‘s Rick Deckard being a replicant has been answered by the trailer for Blade Runner 2049. Deckard, like Ford, has aged, and that, for me, feels like proof that Deckard is flesh and blood. Why on earth would the Tyrell Corporation have constructed replicants that age like humans? This would make no sense at all — none. The official synopsis says 2049 is about LAPD Officer K (Ryan Gosling) discovering “a long-buried secret that has the potential to plunge what’s left of society into chaos,” etc. This “leads K on a quest to find Deckard, a former LAPD blade runner who’s been missing for 30 years.” It would follow, naturally, that the K-meets-Deckard moment happens in the third act. I’ve been told, in fact, that the latest cut of Blade Runner 2049, which was test-screened last night in Paramus, New Jersey, runs between 160 and 165 minutes, and that Ford doesn’t appear until “around” the two-hour mark. A guy who attended suspects the Denis Villenueve‘s film will play better with the critics than with your run-of-the-mill, popcorn-inhaling sci-fi geeks. That, to me, would be excellent news.

Two days ago we did our big Cinque Terre hike — Monarola to Volastra to the medieval village of Corniglia. The Manarola-to-Volastra phase was rough — a 45-degree uphill trek that came close to killing me. (I had to laugh when I saw the “arresto cardiaco” sign at the end of it.) But this led to a mile-high vineyard path between Volastra and Corniglia that was visually to die for — probably the most stunning sea vista my eyes have ever beheld. 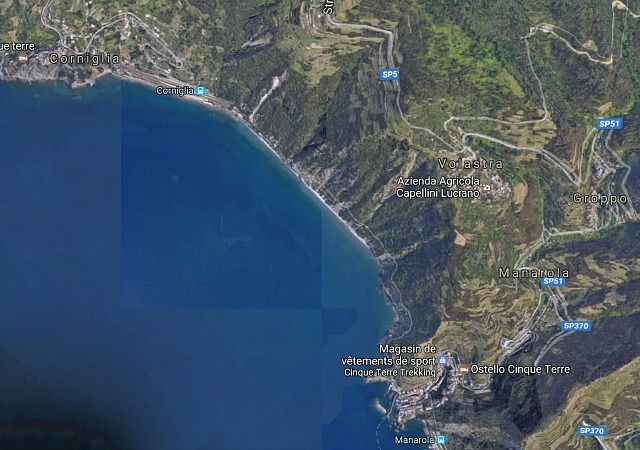 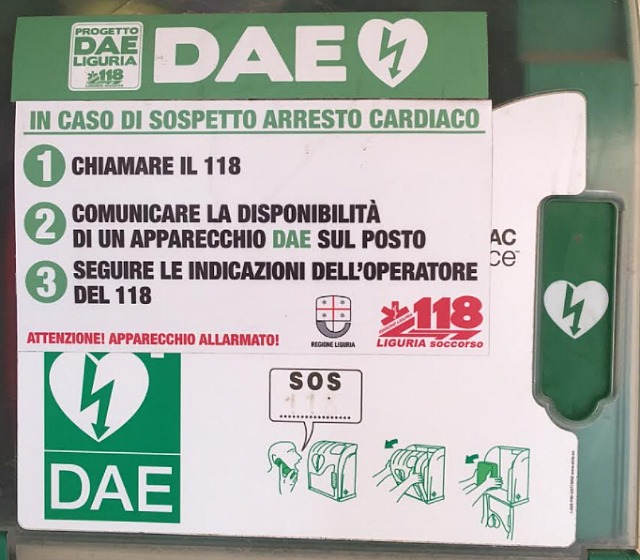 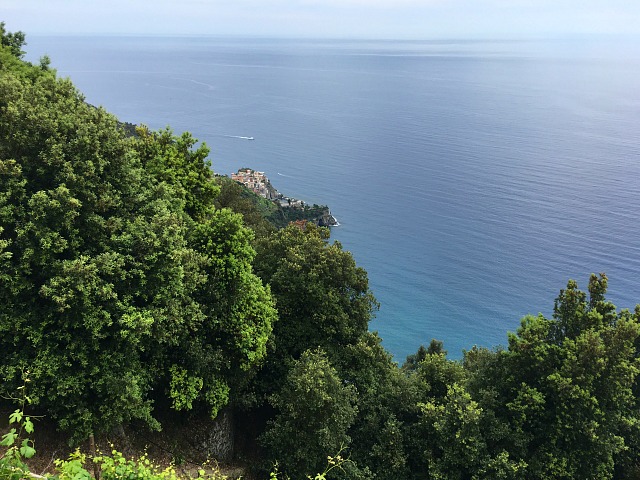 It was reported yesterday in the Washington Post that director of national intelligence Dan Coats “told associates in March that President Trump asked him if he could intervene with then-FBI Director Comey to get the bureau to back off its focus on former national security adviser Michael Flynn in its Russia probe.” The Last Word‘s Lawrence O’Donnell: “There are now three people who we know about” — Coats, CIA director Dan Pompeo, former FBI director James Comey — “who can testify that President Trump tried to interfere with the FBI investigation.” Given that proof of obstruction of justice is precisely what sank President Nixon, the Russia thing is now Watergate chapter and verse. And yet it isn’t because the grotesquely corrupt mindset of Congressional Republicans assures they won’t stand up for the rule of law. The only way Trump goes down is if Democrats win a majority in both houses.

It took me a month to read Geoff Edger‘s 5.11 Washington Post piece about Richard Goldstein‘s “scathing” pan of the Beatles’ Sgt. Pepper, which ran in the N.Y. Times on 6.1.67.

As it turned out Goldstein’s stereo system at the time had a busted speaker, so he hadn’t really heard the album fully or properly. But Goldstein’s primary complaint was that the album wasn’t proper rock ‘n’ roll, that the posturing tone and lack of raunch felt “precious” and cloistered behind the “electric sanctity” of the studio. (Where’s the hurly burly?) This complaint was tied, Goldstein now admits, to a strong affinity for masculine-sounding rock, which was tethered to his then-suppressed (or at least not publicly admitted to) homosexuality.

But if you re-read Goldstein’s 21-paragraph review, you’ll discover that nearly half of it — ten paragraphs — praises “A Day In The Life”, the album’s final track. If a so-so or underwhelming movie delivers a great, earth-shaking ending, a review that acknowledges this can’t be a “scathing” pan. Goldstein’s is a mixed-bag response that nonetheless urges a buy.

“The Beatles have produced a glimpse of modern city life that is terrifying,” he wrote. “It stands as one of the most important Lennon-McCartney compositions, and it is a historic Pop event.” Goldstein was particularly enthralled by the song’s mad orchestral crescendos — “an extraordinary atonal thrust which is shocking, even painful, to the ears [and yet] parallels a drug-induced ‘rush.'” The only odd part is Goldstein twice misquoting the “I’d love to turn you on” line as “I’d like to turn you on.” (Significant difference!)