Kathryn Bigelow and Mark Boal‘s Detroit (Annapurna, 7.28 and 8.4) is a raw-capture history lesson hoping to arouse and enrage, but it mostly bludgeons. I’m saying this with a long face and heavy heart as I like and admire these enterprising filmmakers, but there’s no getting around the fact that they’ve made a brutal, draggy downer. Detroit lacks complexity and catharsis. It doesn’t breathe. 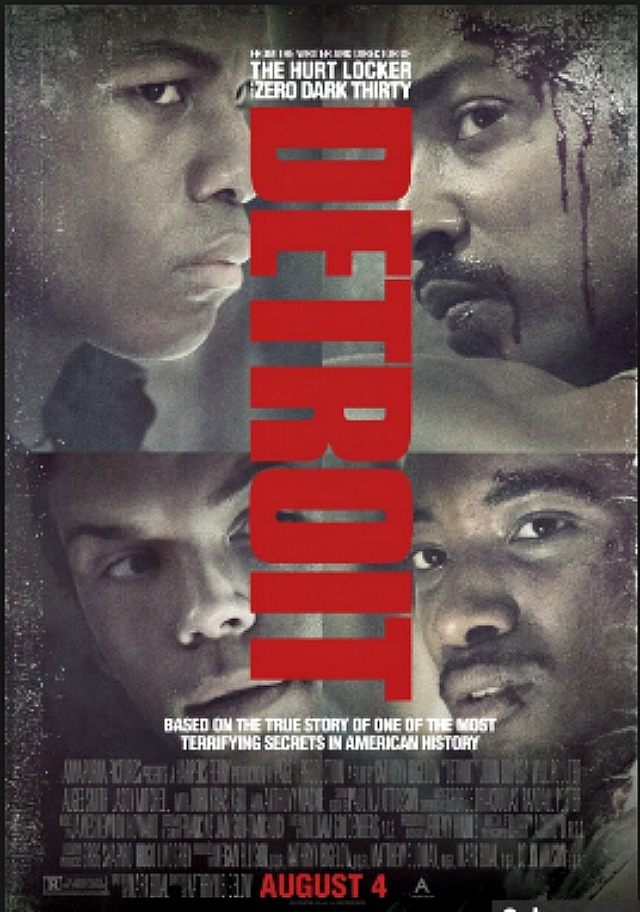 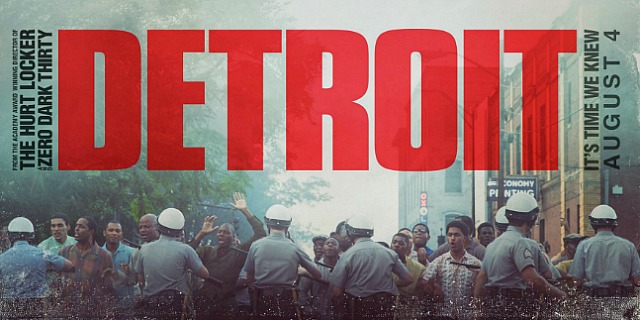 My reaction to Lewis John Carlino‘s The Sailor Who Feel From From Grace With The Sea after catching it at a Westport cinema in ’77 was “nice try but not quite.” The young kid’s (Jonathan Kahn) homoerotic fixation with Kris Kirstofferson‘s sailor character synched with the 1963 Yukio Mishima source novel, but the ritualized killing at the end didn’t synch with the English setting and American sensibilities of the film itself. It felt pushed. But the sex scenes between Kristofferson and Sarah Miles were fairly hot, so at least there was that. Word around the campfire was that Miles and Kristofferson were entwined during shooting, and that this affair (coupled with an erotic Playboy spread they they both posed for) ended Kristofferson’s marriage to Rita Coolidge. That was the rumble, at least. Yes, the Bluray has been out for ages. No, I haven’t bought it. 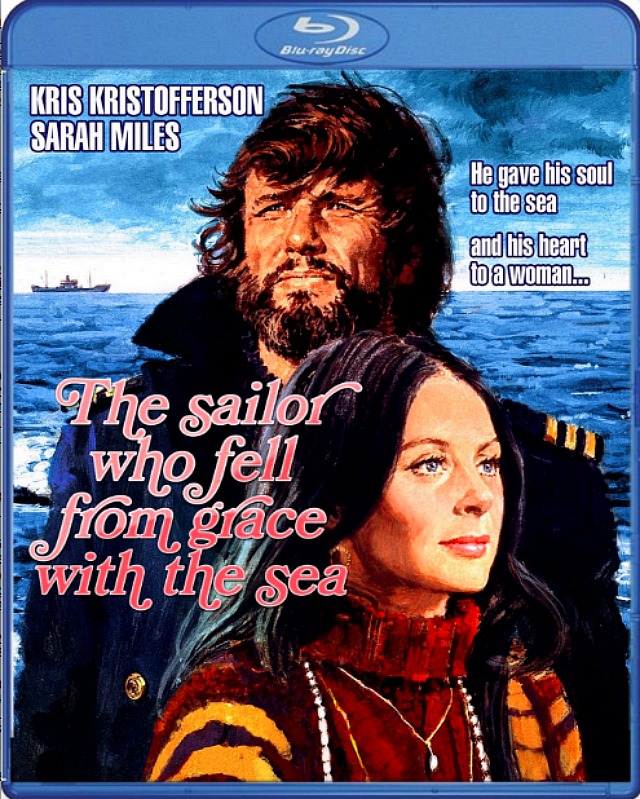 In Steven Spielberg‘s adaptation of Ernest Cline‘s futuristic Ready Player One, Wade Watts (Tye Sheridan) “searches for an easter egg in a virtual reality game, the discovery of which will lead him to inherit a valuable fortune in a world torn by an energy crisis” blah blah. But before anything triumphant can happen, Wade has to grapple with bad-buy Nolan Sorrento, played by HE’s own Ben Mendelsohn. Plus Spielberg mainstay Mark Rylance in a significant dual role. Screenplay by Cline and Zak Penn.

If you’ve seen Dunkirk or read the reviews you know about the land-sea-air thing. The Guardian‘s Mark Kermode has explained the scheme, at least as he sees it:

“Ingeniously, these strands play out over three different time periods; one week, one day and one hour respectively. As the stories interlace, with boats, boots and planes converging at Dunkirk, so time itself is variously compressed and elongated in Inception-like loops, conjuring shifts and reversals as complex — yet still crucially as clear — as those of Nolan’s 2000 psychological thriller Memento. For all its visual splendor, Dunkirk is a masterclass in dextrous temporal elasticity, a recurrent theme for Nolan, sparked by his love of Graham Swift’s novel “Waterland” and explored most recently in Interstellar.”

“People do not necessarily reveal what is going on — only bad actors do. Bad actors try to cry, and good actors try not to. Bad actors try to laugh, and good actors try not to. Only bad actors play drunk. Good actors play drunks playing sober! They don’t want everyone in the room to know they’re drunk, and if you’ve ever seen a drunk pick up a glass to his mouth at a bar, it’s the most studied, controlled thing you’d ever see, as opposed to the sloppy kinds of drunks you see played everywhere. There’s a real amount of bad acting around that is considered good acting, and I see at the Actors Studio every week stuff that far excels what I see on Broadway or television or film.” — shared by the late Martin Landau in 2010. Quote stolen from 7.21 Kim Morgan piece.

During the chilly months you’ll occasionally daydream about the languid comforts of hot summer afternoons, but when they actually arrive you never seem to savor them. Mostly because you’re avoiding the heat in some air-conditioned space, at home or more often in a car and at the same time thinking “I can’t say I’m actually enjoying this…it would be nicer to be slightly sweating outside somewhere.”

We drove up to sun-baked Goleta yesterday afternoon, and most of the time I was trying — struggling — to suppress hostile thoughts about other drivers. The wisest approach to freeway driving is to blend in and go with the flow. Don’t drive faster than your fellows and make an extra-special point of not driving slower. For three-plus hours I was grappling with God knows how many drivers who couldn’t have cared less about this simple rule of civilized behavior. Especially those who couldn’t seem to understand that if they wanted to drive slower they needed to pull into the right lane. More considerate that way, but in the minds of too many it didn’t register. Hell is other people.

It’s not a great idea to meditate too heavily upon basic “where is my life heading?” stuff if you happen to be up at 4:30 am, as I was a little while ago. I tried to concentrate on my usual pre-dawn iPhone surfing ritual, searching for stories or topics or bounce-offs that might be worth a comment or argument of some kind. But that old, regrettably familiar Ingmar Bergman-like sense of impending doom kept creeping in. It’s best not to dwell in this realm. Gloom thoughts always go away when the morning light appears. But that vague sense of big black wolves sitting outside your door at 5:10 am…whoa. Why am I even sharing this? I can’t even remember if I’ve seen Hour of the Wolf, which probably means I haven’t. But I guess I don’t need to, right?