I don’t know how many creeps, pervs and assaulters working within the entertainment industry have failed to read the recent writing on the wall, but I would imagine there are very few who don’t understand that the rules have changed. Just to make it even clearer, last night the Academy of Motion Picture Arts and Sciences’ board of governors approved new Standards of Conduct. All spelled out, chapter and verse. Bad behavior won’t be tolerated, assholes. Think you can get away with it anyway? Try it, see what happens. 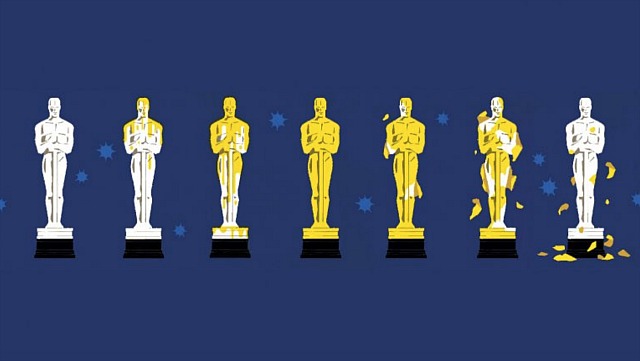 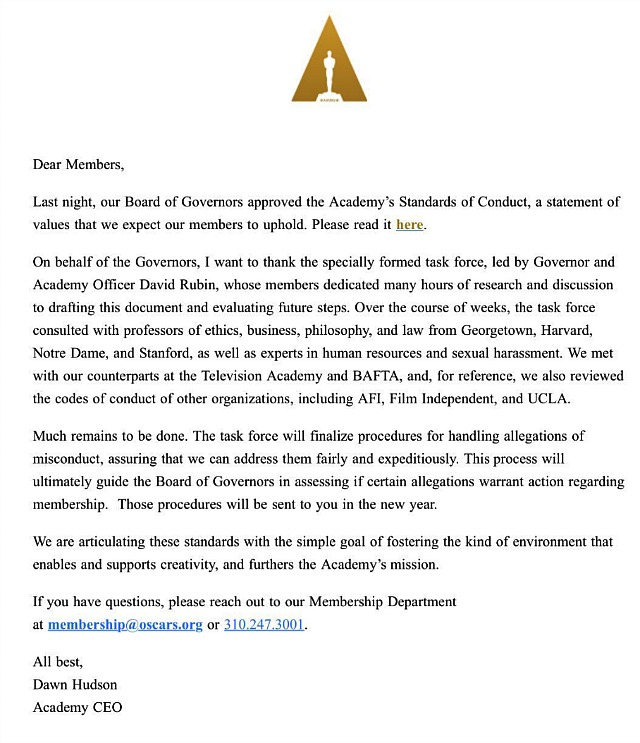 I’m an occasional jaywalker. I’ll alway use the crosswalk if it’s there, but if it’s more than a half block away or if I’m in a serious hurry, I’ll take my chances with the traffic. But when I jaywalk I always do it carefully, like a hawk or a deer. I never run out into traffic with a wing and a prayer with my fingers crossed. I spot the approaching gaps between cars and make my move, one lane at a time. I’ve been jaywalking since I was ten, and I’ve never had a close call. Not once has a car slammed on its brakes and dramatically squealed to a stop, and I’ve never had a “Dustin Hoffman in Midnight Cowboy” moment with a cab — not a single damn time.

All to say that I’m sick and tired of movie characters running out into traffic and always causing cars to screech to a halt or, worse, dodging the car like a ballet dancer and maybe rolling over the hood when the car has stopped eight inches shy of hitting him. This happens twice in The Post and I’m sick of it, sick of it, sick of it! From now on any movie that pulls this crap gets an automatic demerit. Same as when characters stare at their front-seat passenger as they’re driving — watch the damn road!

Speaking as one who’s had problems with Steven Spielberg films (or at least with the manipulative lather and chain-pullings that Spielberg has insinctually applied) for the entire 21st Century and a good part of the 20th, The Post, a smartly written, well-performed tale of how and why Washington Post publisher Katharine Graham (Meryl Streep) decided to man up and a grow a pair in the thick of the Pentagon Papers episode of June 1971, is far and away my favorite Spielberg film since Saving Private Ryan, which opened 19 and 1/2 years ago. Call it Spielberg’s best, certainly his least problematic, in two decades.

The critical verdict hasn’t been unanimous but I fell for it, and I mean all the way through and not just during the manipulative third act, which, if you have any stored-up sentiment about the glory days of 20th century print-and-ink journalism, will definitely melt you down. I knew I was being sold a Spielbergian bill of goods but I bought it anyway.  I gushed out some thoughts the day after, and a New York friend replied, “Calm down, Tonto…it’s very good but not great.”

The Post is a real “Spielberg film” in some ways, but it’s much smarter, better written (cheers to Liz Hannah and especially Josh Singer, who, I’m told, did a page-one rewrite of Hannah’s original spec draft), more persuasive and much more compellingly performed than Lincoln or Bridge of Spies or anything else Spielberg has made this century.

As much as I tend to resist Spielbergian devices (including his frequent habit of leaning on a swelling John Williams score), this one caught me. I knew I was being sold a bill of goods, that I was being asked to submit to an emotional tale about good-guy journalists in the tradition of Newsfront, Deadline USA and Jack Webb’s -30-, but I bought it.

There’s a third-act moment on the steps of the Supreme Court when Streep walks down into a crowd of gazing, admiring women…I’m not going to describe it any further but it really works, and (honestly?) it even made me choke up a bit. I’m naturally inclined to like any rigorously realistic film about good-guy journalists, but The Post delivered the strongest emotional experience I’ve had with any ’17 film since my initial Sundance viewing of Call Me By Your Name and my early September viewing of Greta Gerwig‘s Lady Bird.

This is why I think the Best Picture Oscar is going to come down to a choice between one of these three. I’m in the tank for Luca Guadagnino, of course, but if the Academy goes for The Post or Lady Bird, I will at least understand.

“Adapted from a Jonathan Ames novella, You Were Never Really Here stars a heavily bearded Joaquin Phoenix as a severely troubled, hammer-wielding assassin whose latest job will either kill him or give him a reason to keep living. What follows is a kind of 21st century riff on Taxi Driver that morphs, by the end, into a stealth art-house remake of Logan — a deranged odyssey across a wide-ranging New York hellscape that combines sleek formal elegance, fatalistic humor, unsparing violence and another gorgeously unnerving score by Jonny Greenwood.

“[Director Lynne] Ramsay’s unwillingness to compromise artistically has often run afoul of a bottom-line-minded industry, which explains why <em>You Were Never Really Here</em> is only her fourth film in the 18 years since her brilliant, Cannes-premiered debut feature, <em>Ratcatcher</em>. Her return seals her standing as one of our most fearless and forceful filmmakers, if not one as prolific as she deserves to be.” — from Justin Chang‘s review, posted in the Los Angeles Times on 6.1.17.

Posted on 7.6.15: “This may not pass muster with traditional Western devotees (i.e, readers of Cowboys & Indians) but arguably one of the most influential westerns ever made is Johnny Concho (’56), a stagey, all-but-forgotten little film that Frank Sinatra starred in and co-produced. For this modest black-and-white enterprise was the first morally revisionist western in which a big star played an ethically challenged lead character — i.e., a cowardly bad guy.” Here’s the rest of the piece: 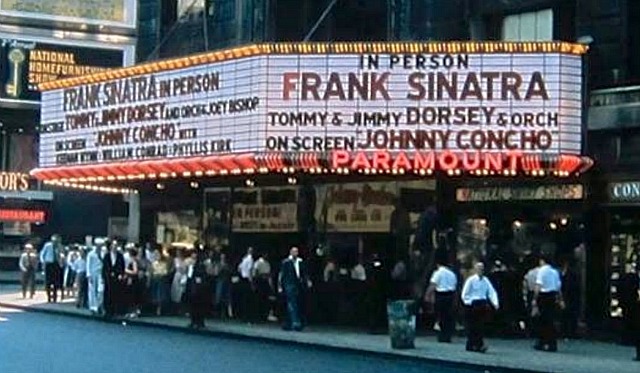 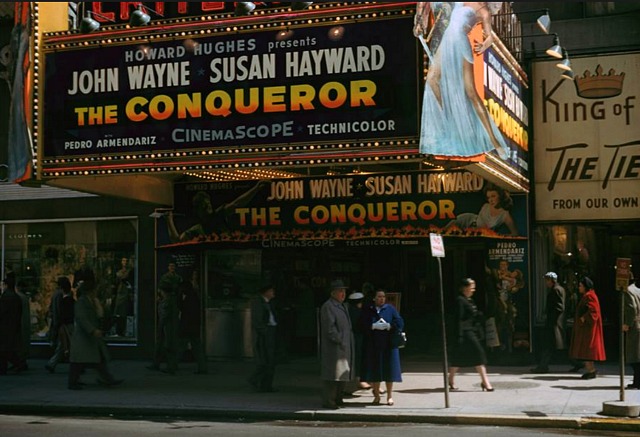 Dick Powell’s The Conqueror, the Utah-shot battle epic that led to a few cast members getting cancer, opened at the Criterion in March 1956. 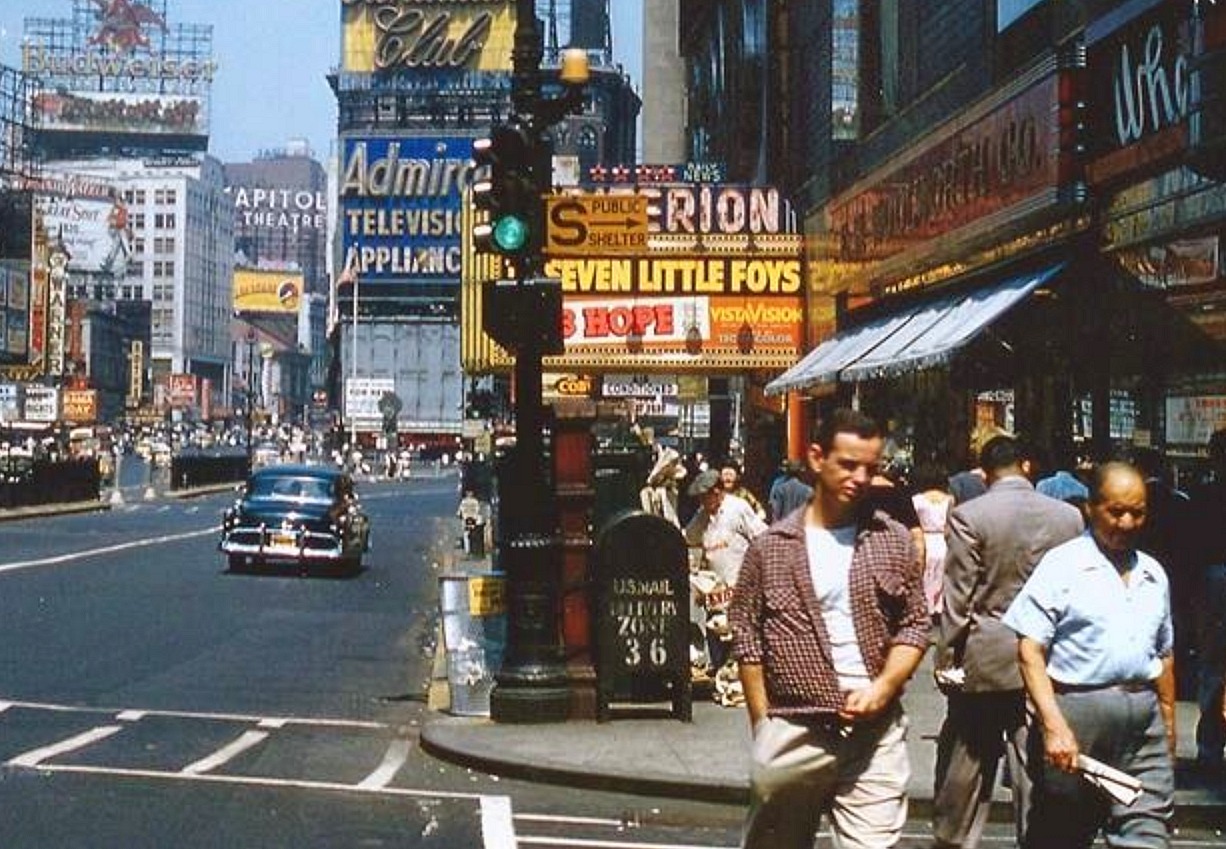 What a piece of shit Ice Station Zebra is, and I’m saying that as an admirer of macho director John Sturges. I love Alan Spencer‘s story about Ice Station Zebra showing on a long flight that Sturges was on, and a fellow passenger complaining that the flight would end before the film did, and Sturges wanting to tell the passenger “you don’t know how lucky you are.” Howard Hughes‘ favorite all-time movie? Really? Spencer says Patrick McGoohan is the best in the film; “has all the best lines.” A North Pole movie shot on a backlot in California.

What a wonderful world we’re living in…really! Sen. Al Franken, my biggest liberal hero and a Grateful Dead fan to boot, is apparently contemplating resignation over some bad behavior (groping) while rightwing Alabama nutbag Roy Moore, an alleged child molestor, is about to defeat his Democratic opponent, Doug Jones. Terrific!

Inappropriate sexual behavior shouldn’t be tolerated under any situation or circumstance, particularly when it comes to elected officials. With a seventh woman having now complained about gropings from Sen. Al Franken and with two dozen Senators now calling on him to step down, things are looking pretty bad for the guy.

One of the complaints against Franken stems from an incident that happened after he was sworn in as a U.S. Senator in June 2009. That alleged pawing of a married woman’s ass, I mean, at a Minnesota State Fair in August 2010. Which is too bad. Because if Franken’s behavior had been totally spotless since he assumed office eight and a half years ago, that might be a factor in assessing his appropriate course of action. From the strict standpoint of U.S. Senate rules and regulations, Franken’s behavior prior to being sworn in is not the Senate’s business.

But it is, unfortunately, because of that Minnesota State Fair incident. Or so I understand. Franken is probably a dead man. My heart is broken.

Sometime during the wee hours embers from the Ventura fire began to encroach upon the Sepulveda Blvd. area of Bel Air, blackening the hills west of the 405 and presumably threatening the Getty Museum. Flames were actually leaping out of the darkened Bel Air and Brentwood topography. I went outside this morning and looked up and saw nothing but blue skies. [Three photos below video.] It’s nonetheless odd to think of the fringes of the western region of Bel Air actually being under siege, or something close to that. 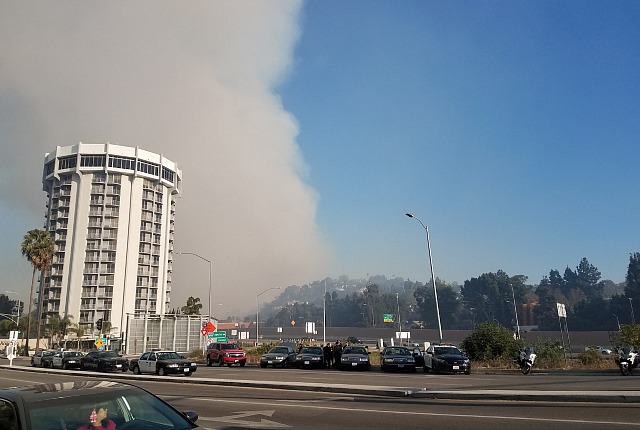 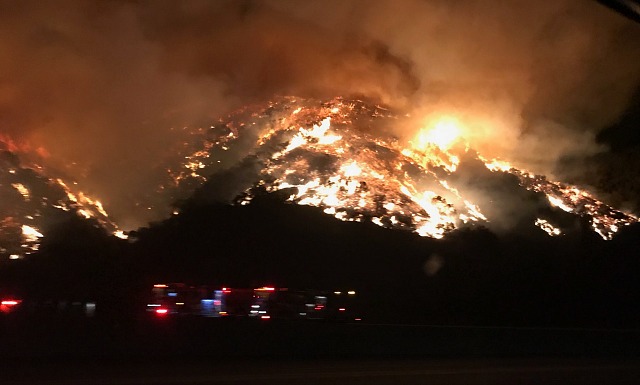 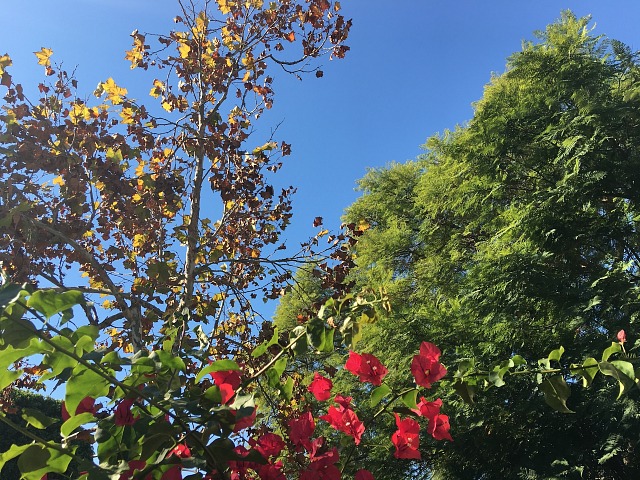 Five or six days ago a Vanity Fair piece discussed the 152-minute length of Star Wars: The Last Jedi (Disney, 12.15), and particularly Mark Hamill‘s reaction to the length and the film as whole. Hamill says “it’s like The Godfather [and therefore] doesn’t feel that long.”

What he meant, I gather, is that Jedi is sufficiently engaging so that you’re not looking at your watch every 15 minutes. But I was also upset to read a declaration near the end of the piece that “the story has a happy ending.” Hamill’s “story” of the movie’s? I’m afraid to ask.

If it’s the latter, thanks to Hamill and Vanity Fair for stabbing me in the heart. So much for any hopes I might have had about The Last Jedi being some kind of Empire Strikes Back-like cliffhanger installment, which is usually what a middle chapter does. The plot thickens or darkens, the odds get tougher, the outcome is in doubt. Nope — “a happy ending” is assured.

22 Comments
When Screwball Was In Bloom

I’ve just watched a relatively recent essay on screwball comedies, assembled for the “One Hundred Years of Cinema” series. Farcical, fast-paced stories about class conflicts, filled with nervy, eccentric characters and usually involving a romance of one kind or another…right? Most of us associate screwball comedies with the ’30s and early ’40s (It Happened One Night, Twentieth Century, My Man Godfrey, The Awful Truth, Nothing Sacred, Bringing Up Baby, His Girl Friday, The Lady Eve, Sullivan’s Travels). And yet the British narrator says screwball comedies actually lasted until the mid ’50s (i.e., 1952’s Monkey Business, 1953’s How to Marry a Millionaire, 1955’s The Seven Year Itch). When did screwball comedies end and spunky, slapstickish comedies begin? Were No Time for Sergeants and Operation Mad Ball screwball or just comedies with broad, outrageous material? Billy Wilder‘s Some Like It Hot sure felt screwballish in ’59, and that went double for One, Two, Three two years later. By the time Peter Bogdanovich‘s What’s Up, Doc came along in ’72 it was regarded solely as a genre tribute, a throwback. I think it’s better to define the screwball era as (a) primarily inspired by the Great Depression, and (b) starting in ’34 and ending nine or ten years later. Screwballish comedies that came later…well, just call them comedies with bounce and attitude.