Democrat Doug Jones has won the special Alabama election, defeating Republican asshat Roy Moore by roughly 20,000 votes, give or take. A crowning victory for lefties, and a devastating setback for Donald Trump. The sexual misconduct accusations plus the huge Democratic get-out-the-vote effort did it. Damn near half of the Alabama voters wanted one of the biggest jokes in American political history to serve in the U.S. Senate so don’t celebrate too much — the bumblefucks nearly got their way. 74% of white men and 65% of white women voted for Moore, but 92% of black men and 97% of black women went for Jones. Thank God and glory hallelujah.

Things could shift around in the Best Picture race, of course, but right now and for what it’s worth, “estimations” by Variety‘s Kris Tapley say that the following five films — The Big Sick, Darkest Hour, The Disaster Artist, Get Out and Mudbound — might not make the cut.

Or maybe one or two of them might. Who knows? Correct me if I’m wrong, but Tapley’s suggestion that these five are “on the bubble” seems to mean “watch out, homey…you might be in trouble…don’t step on any banana peels.”

Which of these “bubble’ pics has the best chance of being nominated, or is Tapley correct for the most part? Disputes, quibbles, exceptions, etc.? 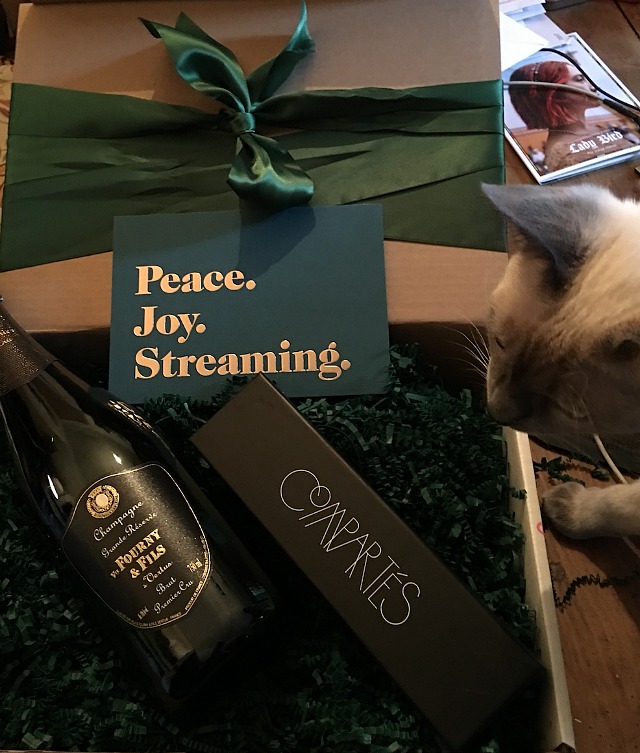 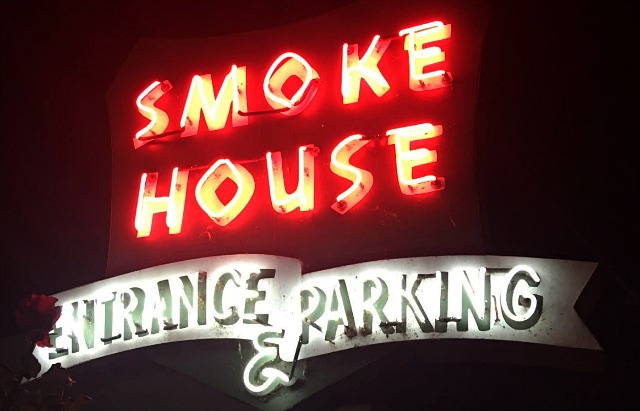 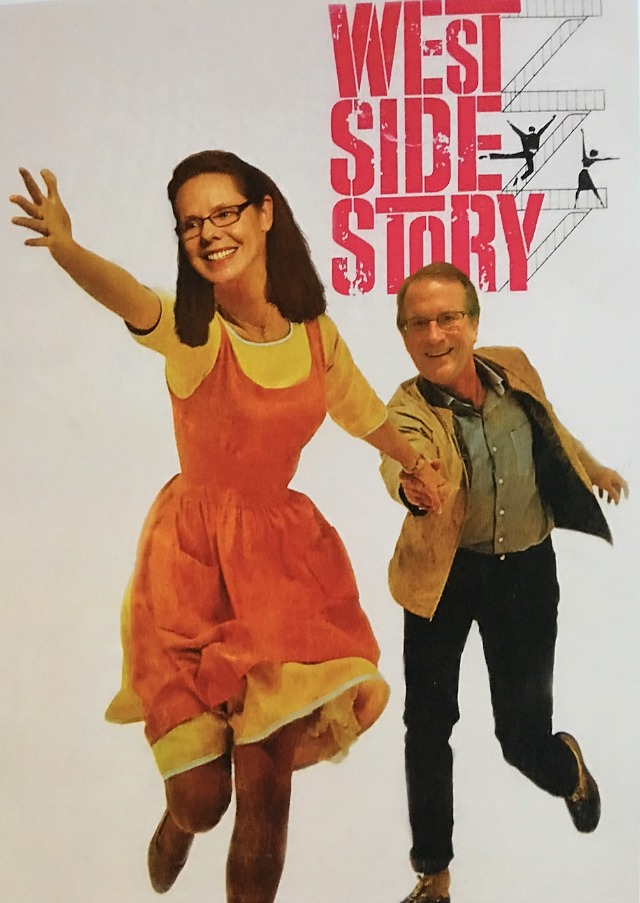 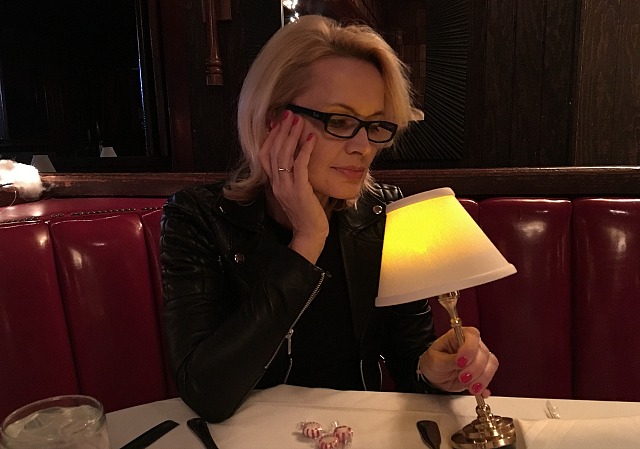 Tatyana and I have fallen in love with these little amber-tinted table lamps at Smoke House.
(More…)
December 12, 2017 4:01 pmby Jeffrey Wells

A sure sign that a film has caught on with the cultural elite (or perhaps just regular mainstream types) is when a parody video appears:

Pick of the Litter:

Not Bad, Mixed Levels of Success:

Lowest of the Low:

Star Wars: The Last Jedi (Disney, 12.15) is a tip-top thing in many respects, a nicely baked, smoothly assembled serving of corporate-brand entertainment that millions upon millions of Star Wars nerds and American families are going to lap up like starving puppy dogs. It’s not a bad film, fast and fleet and well-layered and handsome to boot.

I felt it was too long, for sure (152 minutes), and a little meandering, but I found it reasonably okay. I wasn’t irritated or annoyed. I was genuinely intrigued from time to time.

But Jedi is still (and this really can’t be said often enough) a corporate-stamped, carefully calibrated Disney entertainment, made for the pudgies and the schmudgies, the passives and the 13-year-olds and the obsessives and the fatties and the hordes of middle-aged, T-shirt-wearing, sneaker-wearing bulkies and their families. And aging Empire devotees like myself.

Did I emerge from last night’s Disney lot theatre in a state of squealing falsetto flutteration? No, I didn’t, but, as I said in this morning’s post, I at least appreciated Jedi‘s attempt to deliver a middle-chapterish, plot-thickening, Empire Strikes Back-like sense of tension and gloomy atmosphere, at least in terms of Steve Yedlin‘s richly shaded cinematography, which I described this morning as “a noir palette crossed with Vermeer, and very reminiscent of Empire‘s lighting scheme.”

Yes, they shot Jedi on film. All hail those deep inky blacks.

I’ve been dreaming of another Empire-like Star Wars film for the last 37 years, and that’s a long-ass time to be wishin’ and hopin’ without result.

I disagree with an assertion by Variety‘s Peter Debruge that despite it being entertaining, The Last Jedi may be “the longest and least essential chapter in the series,” that it “extends the franchise without changing anything fundamental,” and that nerds “could skip this installment and show up for Episode IX” — which J.J. Abrams is writing now — “without experiencing the slightest confusion as to what happened in the interim.”

Okay, I don’t strongly disagree with these statements, but Jedi at least makes Mark Hamill‘s grizzled Luke Skywalker seem like a fairly cool guy again. And it does introduce two or three new animal species (fucking porgs plus some galloping, racehorse-like, camel-coated, lion-like beasties plus…you don’t want to know). And it does introduce the idea of sending a substitute “presence” to fight a crucial battle when you’d rather not do it yourself. And it does introduce the concept of an entire planet devoted to Las Vegas-styled diversions for the wealthy.

Daisy Ridley may not have known who Cary Grant was two or three years ago (she must have an inkling by now), but she’s cool and resolute as the thoroughly force-attuned Rey. I was glad she was around, although the movie strands her on for well over an hour on Skellig Michael while she verbals and fiddles around with Mark Hamill‘s grumpy, silver-bearded Luke (“I failed,” “We need you,” etc.)

After New York Senator Kristen Gillibrand called on President Trump to resign over 16 recently revived accusations of improper sexual behavior on his part, Trump hit right back with sexist shit on Twitter, vaguely implying that she’d put out for campaign contributions.

…isn’t ready because I only saw it last night on the Disney lot, and having crashed at midnight (the show broke around 9:45 pm plus we hit the Smoke House for a late dinner) I didn’t feel like rising at 5:30 am. It takes me a good two or three hours to bang out a comprehensive, smoothly composed, typo-free review.

But I’ll say this: Steve Yedlin‘s cinematography and particularly the darkish lighting is spookily, hauntingly beautiful — a noir palette crossed with Vermeer — and very reminiscent of Peter Suschitzky‘s lighting of The Empire Strikes Back. Trust me, Yedlin sat down with director Rian Johnson (who worked with Yedlin on Brick, The Brothers Bloom and Looper) and they definitely said to each other “let’s make this look like a close visual kin of Empire so we can get that whole Empire fanboy crowd including guys like Wells…shadowy faces, inky blacks, robust colors but never awash in bland light.”

Plus I admired the energy and invention that went into the new elements, the general feeling of mad narrative propulsion. I honestly liked it better than The Force Awakens because it seemed….well, because it tries to reignite Empire-like elements as opposed to re-booting New Hope-ish plot points, which is what The Force Awakens was about.

This, basically, is what The Last Jedi makers are saying: “We’re trying to rebake Empire, all you middle-aged male fans out there who were young teenagers when The Empire Strikes Back opened in ’80. We did the best we could while sticking, of course, with our own story and characters. We know you expected something like this, and we’ve tried to do that to some extent.”

Example: Just as Mark Hamill‘s Luke Skywalker spent Empire‘s middle chapter on the swampy planet Degobah and in a meditative mode at that, Daisy Ridley‘s Rey spends roughly the first 70 minutes on Skellig Michael with Skywalker, and doing little besides talking about karma, fate and destiny.

This is a much faster film, crazy shit-wise and cutting-wise, than Empire ever considered being. That’s both good and bad as I’ve never been (and never will be) a fan of haste and velocity for their own sakes. But it does whip along like a bat out of hell.

I wasn’t head-over-heels in love with The Last Jedi (it really didn’t have to be 152 minutes), but it’s easily my favorite Rian Johnson film thus far. It’s a rousing, well-made serving of formulaic corporate product. Hats off and correct salute as far as that goes.