Marcel Proust‘s answers to a series of questions about personality and values were originally recorded in 1890, when Proust was 21 or thereabouts. The Wikipage says the name and popularity of the Proust questionnaire is “owed to the responses given by Proust.” Vanity Fair publishes a one-page Proust Questionnaire at the back of each issue. (Why is “n” used twice in Questionnaire?) What follows is a selective HE run-through with variations.

Your greatest source of emotional comfort?: Being with my wife when she’s in a good mood. Walking around Rome or Paris or Hanoi without purpose. A warm, not-too-crowded cafe with lightning-fast wifi in the late afternoon. The way I feel after getting nine or ten hours of sleep, which happens maybe once a month, if that. The time I spend with my cats, Anya and Yanna, as I’m waking up from a nap.

Your proudest virtues?: Diligence, doggedness when it comes to writing. A general willingness to admit fault in many (though not all) instances. Excellent taste in clothing, particularly footwear, socks, jackets and T-shirts.

Your idea of perfect happiness?: There’s no “perfect” anything. Everything ebbs and flows. Impermanence is the only thing you can count on. It follows that the only perfect happiness one can hope to embrace is to constantly wander the globe with a flush guaranteed income and the freedom to visit here and there and then move on when the mood strikes. With the option of returning to favorite locales from time to time.

Source of your greatest irritation among mixed company?: Loud, vulgar people of all shapes and manners. People who throw their heads back and shriek with laughter in bars and cafes. People who lean their seats back too far in coach.

Which living persons do you most admire?: Presently speaking I admire hundreds of people. My list would change on a daily basis, starting today with Patti Smith. I admire adventurous and quick-witted people the most. I generally admire smart, considerate people who’ve been around the block and accomplished things under pressure, especially if they have a good sense of humor.

Your greatest regret? Allowing my anger at my father to determine the course of my life for too many years. Not getting my life into gear sooner. Not being a better father with my younger son, Dylan. Stupidly and fearfully beating the shell of a turtle with a piece of wood when I was five or six years old (I thought it was a snapping turtle that might bite my finger off).

If you were forced to choose exile to a single country with a reasonable guaranteed income…? Italy. 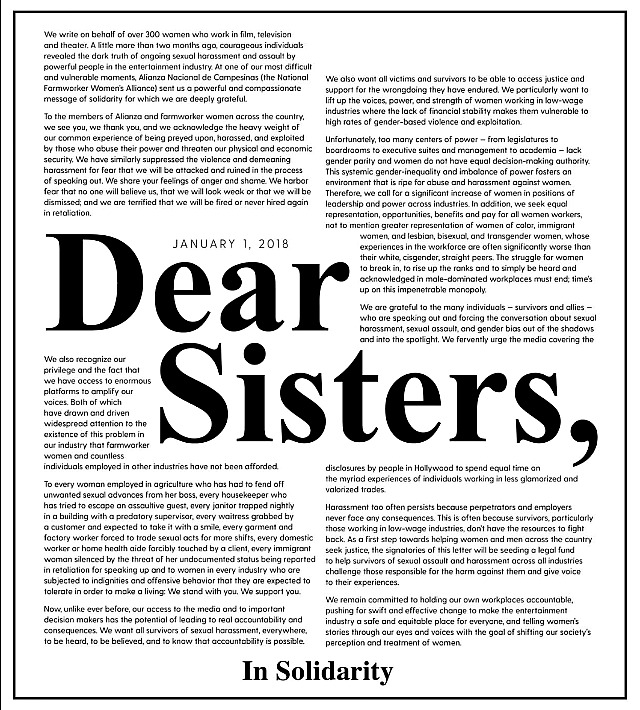 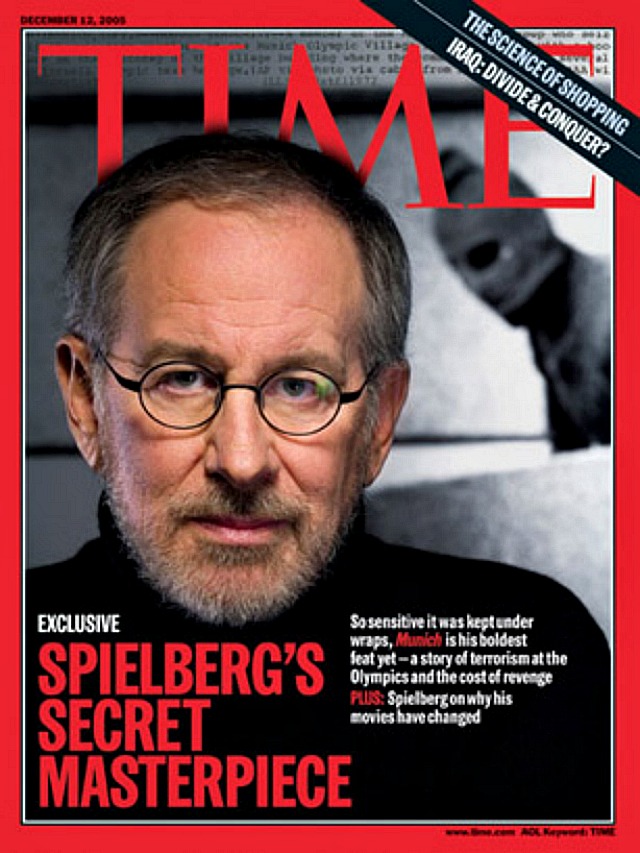 Forbes‘ Scott Mendelson and Robert Downey, Jr. appear to be two of a kind, at least in one respect. The first thing they’ve done on the very first day of a brand new year with a sense of hope and renewal in the air…the first thing these tools have done is shovel superhero product.

While I’ve been compiling a list of 2018 films that are likely to be pretty good or perhaps even award-worthy, Mendelson is continuing his tradition of forecasting the coming blockbusters. As he well knows, the majority of these 2018 films are sure to deliver profound corporate suffocation and indigestion, and in some cases head-hammering pain. But this is who Mendelson is — he lives for the next opportunity to inject CG serum into his veins. (That said, I’m still looking very much forward to Ant-Man and the Wasp.)

Downey, a Marvel shill and paycheck whore second to none, tweeted a reminder about the coming of Avengers: Infinity War on 5.4.18. (Part one, I mean — part two pops on 5.3.19.)

I was in a moderately good mood before these guys came along. 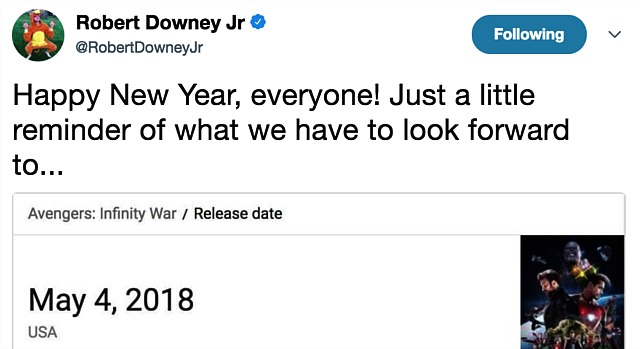 For me, the editing of this Wolf of Wall Street YouTube clip is shattering because at the very end it truncates Jimmy Castor‘s “Hey Leroy” — it cuts right into this ineffably right 1966 tune right when the song is lifting Wolf into a groove-and-soothe mode. Leonardo DiCaprio‘s inspirational howling-alpha-male speech is the brick and mortar, and “Hey, LeRoy” is the combination quaalude and back-rub that follows. “Selling Steve Madden” is easily one the greatest scenes in the canon of 21st Century art-cinema. Historians will study it a thousand years hence, but will they get where Martin Scorsese was really coming from?

In all modesty, the Get Out bandwagon was stopped in its tracks yesterday afternoon by a bold Hollywood Elsewhere one-two punch — “Twitter Mafiosos & Their Herd-Mentality Games” and “Get Out & Invasion of Brain Snatchers,” posted within three or four hours of each other.

And the two best reader comments fell under the “Brain Snatchers” piece, to wit:

(1) “I’m not sure exactly what the idiots are thinking when they use [the term ‘woke’], but the definition that seems closest to the mark is ‘woke’ = ‘white liberal who has outsourced his/her/its/their thinking to non-white liberals-in-name-only in a desperate bid for Cool Kid points.” — “Zerowing”

(2) “If [Get Out] wins Best Picture, it will cement the fact that the Oscars, especially for Best Picture, is a total crap shoot, and a political-social awareness merit badge award, and consequentially the Oscar will soon be regarded as flatly meaningless by an even larger swath of society and industry.” — “Brad“