Frontline‘s hour-long show on Harvey Weinstein popped last night (3.2), and is now streaming. Cut and dried, dead to rights. Testimony, dimensionality, the big creep. I’m mesmerized by any disaster residue — a burning house, the wreckage of a recent horrific incident. Who isn’t?

From Maureen Ryan’s 3.1 Variety review: “[Weinstein] offers not just snippets of testimony but also a sense of powerful specificity — it’s one more brick in an large and unavoidable wall.”

It also “helps to see the faces of those Weinstein hurt, and it’s important to witness what recalling these incidents does to these women.” Produced and directed by Jane McMullen, Weinstein “reminds the viewer, on a visceral level, that these women are still angry. Not just about being attacked, but at being silenced for so long. 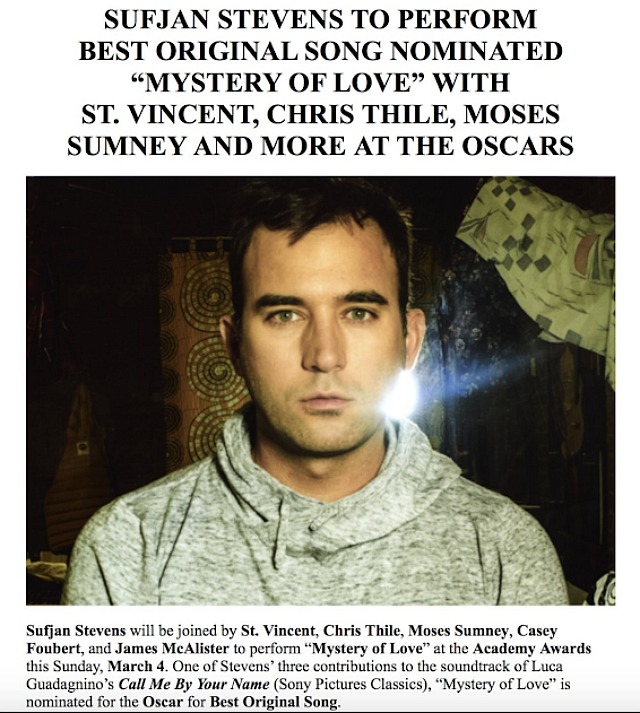 Since I took the below photos from my perch in Spirit Awards press tent, Call Me By Your Name‘s Timothee Chalamet has won for Best Actor and Three Billboards‘ Frances McDormand has won for Best Actress. As I’m writing this Black Panther‘s Chadwick Boseman is announcing the nominees for the Best Feature award, and the winner is…wait for it…Get Out. Yeah, that’s what they think and you can’t fight City Hall. C’est la fucking vie. 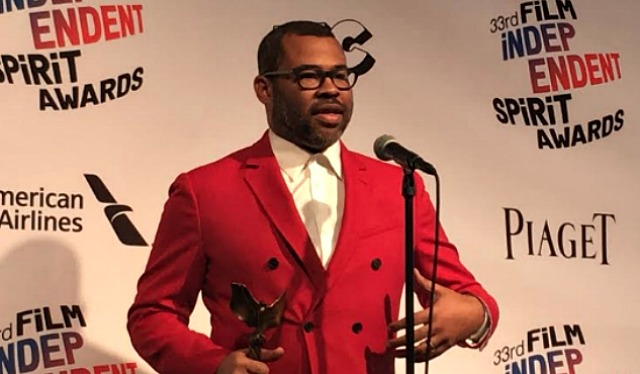 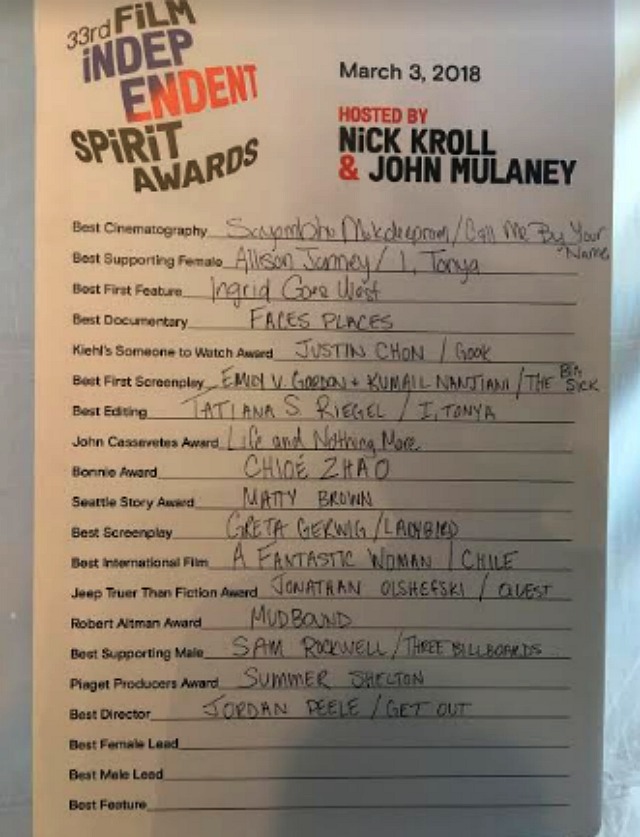 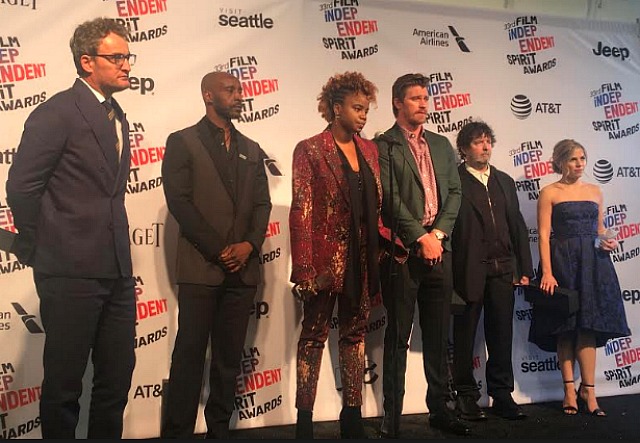 From Scott Feinberg‘s latest “Brutally Honest Oscar Ballot” transcript (from an actress in the Academy), posted in The Hollywood Reporter on 3.2:

“I eliminated The Post first. To me, it was the most boring movie. I remember that era, and that Kay Graham flew in to LBJ’s parties every weekend down on his ranch — that I would have liked to have seen! I give it nine yawns out of ten.

“Then Three Billboards — there were a lot of things about it that bothered me. I heard the writer-director [Martin McDonagh] talk, and he seems like a very nice guy, but his film offered an awful take on what middle America is like. It was pretentious and false. If it was meant to be a farce, I didn’t find it funny. I don’t find bigotry funny, I don’t find a grownup hitting children funny, I don’t find someone blowing up a police station funny. These people were just caricatures.

“Then I eliminated Get Out. It’s a good B-movie and I enjoyed it, but what bothered me afterwards was that instead of focusing on the fact that this was an entertaining little horror movie that made quite a bit of money, they started trying to suggest it had deeper meaning than it does, and, as far as I’m concerned, they played the race card, and that really turned me off.

“In fact, at one of the luncheons, the lead actor [Daniel Kaluuya], who is not from the United States [he’s British], was giving us a lecture on racism in America and how black lives matter, and I thought, ‘What does this have to do with Get Out? They’re trying to make me think that if I don’t vote for this movie, I’m a racist.’ I was really offended. That sealed it for me.”

Question to Best Supporting Actress Spirit Award winner Allison Janney that I would’ve asked if the clock didn’t run out: “You played a deplorable in I, Tonya. Have you ever spoken to any actual hinterland deplorables who’ve seen it, and if so what were some of their reactions?” 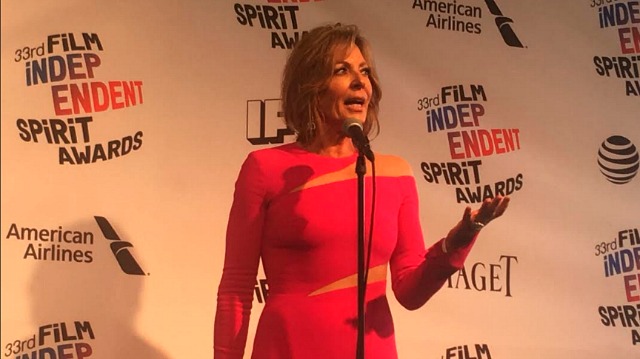 17 Comments
Couldn’t Get Around To Death Wish Review 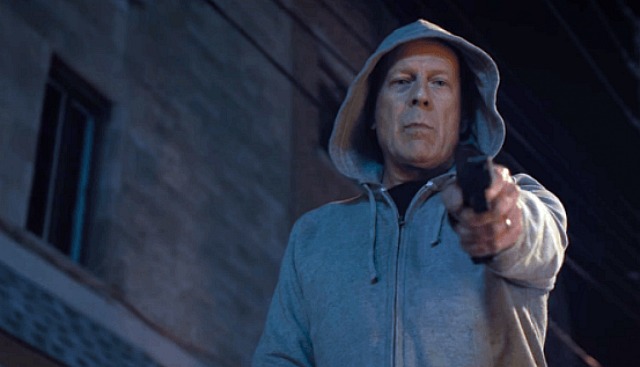