After suffering a crushed skull during a rodeo, Brady Blackburn’s riding days are over as one more fall could kill him. He can still train horses (or so I recall — I saw it more than six months ago) but he’s mainly looking at dull, retail-store work for the rest of his life, and you feel really badly as the poor guy sulks and laments because he can’t do what he loves. And that’s pretty much it. I should be upfront and admit I wasn’t giving Chloé Zhao‘s film my undivided attention. I wasn’t dozing but I wasn’t riveted. It had my respect — it has an honest, real-deal vibe — but at the same time I was muttering “is this story gonna go anywhere? The guy’s in a bad spot — I get that — but is he going to find a way out of this predicament or off himself in the manner of Mickey Rourke in Darren Aronofsky‘s The Wrestler or what?” The Rider has an 85% Metacritic score. 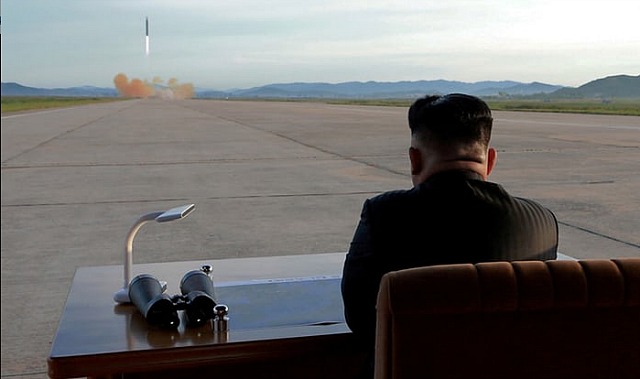 Kim Jong-un can’t just stand there like an ordinary schlub as we watches a missile launch. He needs a soft easy chair, a desk (!), a desk pad with four silver weights and a nice pair of large binoculars. And his sycophants kiss his chubby ass like this all day long, 24/7/365. 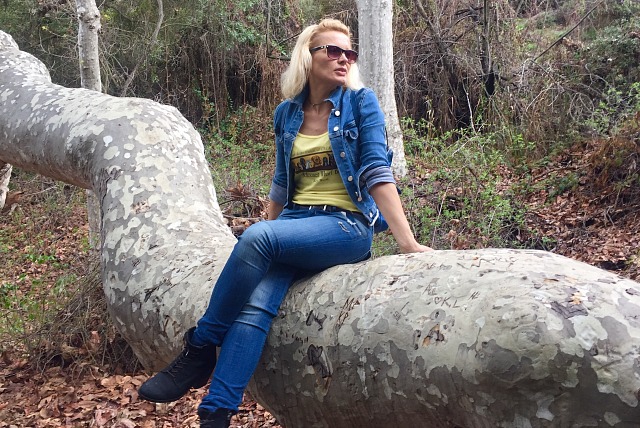 Yesterday Tatyana and I did our favorite Beverly Hills hike — 14,000 steps and 4.5 miles. We park on Woodland right next to Bob Evans’ driveway, and then walk up Beverly Drive…up, up, up to Franklin Canyon Drive, up to the peak and down again, and then right on Lake Drive and onto a trail that winds all around and over the the hills but finally ends up on Royalton Drive, which then feeds onto Coldwater Canyon. And then we hike down Coldwater back to Evans’ place. A couple of hours. 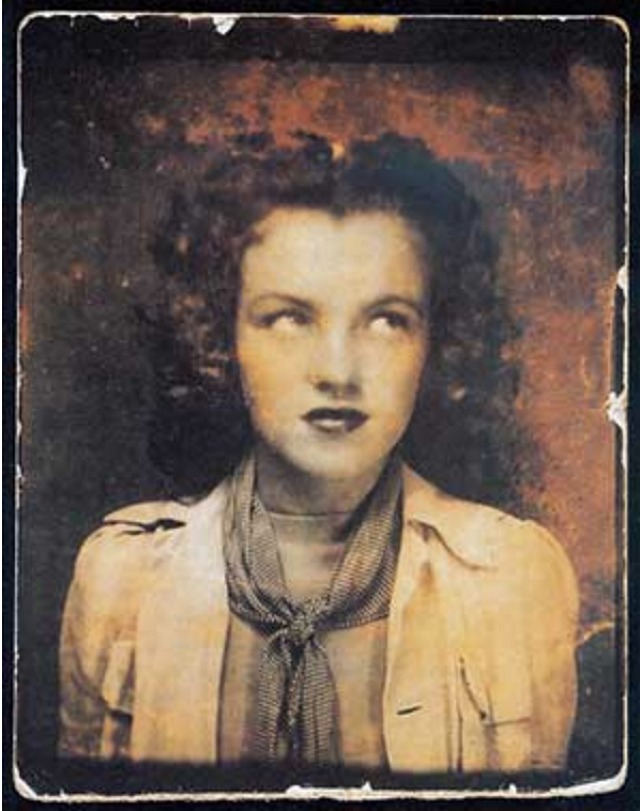 My recollection of Jan Egleson‘s A Shock To The System (’90) is that it was a deliciously dark satire about a harried, middle-aged, losing-his-mojo advertising executive (Michael Caine) who decides to stop being the victim and play hard and dirty with all the people who’ve been threatening his job, injecting anxiety and otherwise making him miserable.

The film basically allows you to snicker along with Caine as he savors the meaning of the phrase “revenge is a dish best served cold.”

I’m writing this because I watched this trailer a while ago and went “what the?…this isn’t some dippy, feel-good comedy for morons…it’s about the satisfaction of giving bad people a taste of their own medicine.” The trailer is so full of shit that it reminded me of that online Shining trailer from 10 or 12 years ago that tried to sell Stanley Kubrick‘s 1980 horror film as a heartwarming family comedy.

From Owen Gleiberman‘s Entertainment Weekly review: “At the beginning of the exhilarating corporate satire A Shock to the System, the voice of Michael Caine comes on the sound track, soothing and seducing us as it has so many times before. That voice, with its halting cockney sparkle, its tones of ironic civility, is one of the most delicious sounds in movies, as unmistakable a comic signature as Chaplin’s bowlegged shuffle.

“Once again, Caine is playing a sneak, a rogue, and drawing the audience into a conspiracy with him-the way he did in Alfie (’66), the movie that made him a star, and then 20 years later in Hannah and Her Sisters. Only this time, his character is going to go farther — much farther.

“A Shock to the System is a black comedy played very, very close to the bone. Written by Andrew Klavan, and directed by the veteran independent filmmaker Jan Egleson, it’s a head-on satire of greed and power that’s also one of the most enticingly intimate portraits of American corporate life ever put on-screen.

I wanted to see Boots Riley‘s Sorry To Bother You (Annapurna, 7.6) at last January’s Sundance Film Festival because of Lakeith Stanfield, but then I began to think that a director whose first name was “Boots” might be more into diversion and razmatazz and shuffling the deck than dealing straight cards.

But The Guardian‘s Jordan Hoffman saw Sorry and said it “shows a great deal of spirit and promise” and that “it may even become a cult classic.” Those are critical code terms for “doesn’t quite do it or get there but maybe next time.”

On the other hand a 70% Metacritic score means you’ve gotten…well, a few things right.

Indiewire‘s Eric Kohn said it’s “loaded with capricious details that shimmer with the exuberance of inspired social commentary at hyperspeed”….huh? Variety‘s Peter Debruge complained that “the more ridiculous Riley’s gonzo social critique gets, the more boring it becomes, to the point that its out-of-control second half starts to feel like some kind of bad trip.” Financial Times critic Damon Wise said “it has its moments…but Riley’s vision needs a little more refining.” 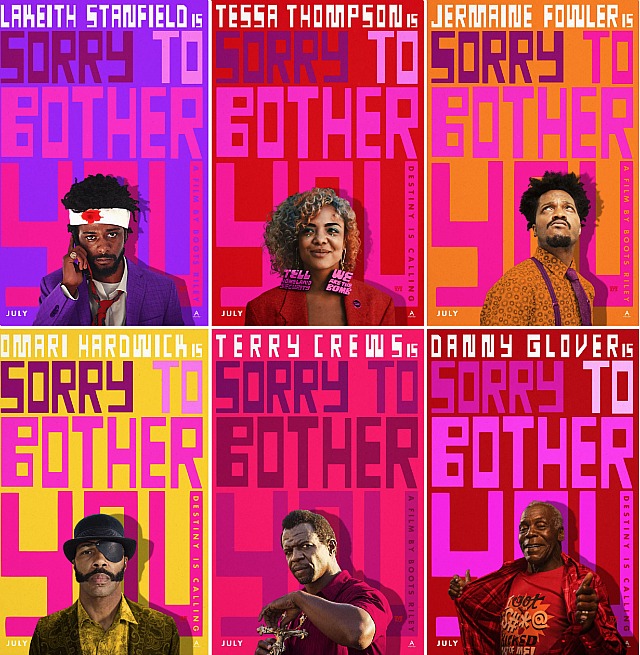 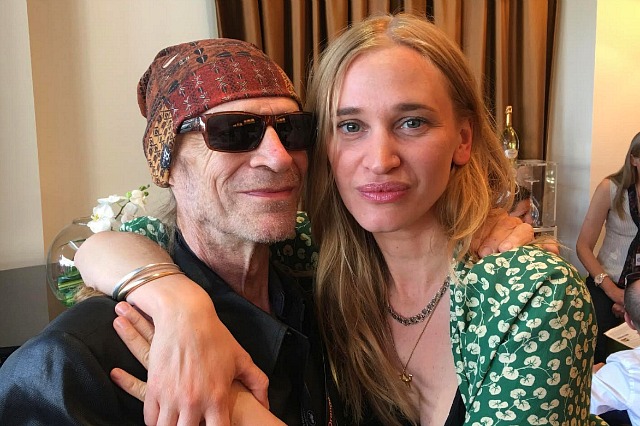 It is axiomatic that trade critics will be as hospitable as honesty allows when it comes to major studio releases, especially those aimed at fantasy geekboys and especially when directed by a legend like Steven Spielberg. And so Variety‘s Owen Gleiberman is most likely fulfilling expectations in his review of Ready Player One, which premiered last night at SXSW.

But even under these conditions OG offers terms like “banal” and “slippery mutating synthetic digital imagery” and — this is probably key — “more occupied than invested.” OG was gripped by RPO, but his review also indicates that the general SXSW reaction (“We’ve found God! The entire crowd was levitating…shrieking with pleasure!”) was over-the-top.

And yet I love hearing that there’s a sequence in which Tye Sheridan‘s Parzival, Olivia Cooke‘s Art3mis and a Shrek-like avatar named Aech visit Stanley Kubrick‘s Overlook hotel.

“In Ready Player One, everything you could call virtual is clever and spellbinding,” he writes, “[and] everything you might call reality is rather banal.” Spielberg’s “dizzyingly propulsive virtual-reality fanboy geek-out” is “an accomplished and intermittently hypnotic movie [but],” he qualifies, “you may feel like you’re occupied more than you are invested.”

“Ready Player One tells a breathless and relatively coherent story — essentially, the future of civilization is riding on the outcome of a video game — but the movie, first and foremost, is a coruscating explosion of pop-culture eye candy. Never is that more spectacularly true than in the irresistible sequence in which [three virtual leads] enter the Overlook Hotel from The Shining.