Last December a Deadline story announced that The Spy Who Dumped Me, a coarse, no-holds-barred “adult” comedy with Mila Kunis and Saturday Night Live‘s Kate McKinnon, was being bumped from July 6 to August 3. Anthony D’Alessandro explained that August, regarded as a dumping ground in the ’90s, has become “a prime area for such R-rated comedy fare as Bad Moms, Girls Trip, Trainwreck, Sausage Party and We’re the Millers,” blah blah.

But hold on, wait a minute, c’mon. You can tell right off the bat that this is throwaway material — a flotsam and jetsam movie. There’s a shot of a guy leaping out of a second- or third-story window, and a CG shot of a coupla bodies flying through the air…it’s obviously crap. It should really be called Rough Night 2 or, better yet, Bad Spies.

Directed by Susanna Fogel (Life Partners, a New Yorker online contributor) but not, if the trailer forebodes, any kind of empowering thing as Kunis and McKinnon are clearly playing hysterical idiots. Will crowds be muttering that Melissa McCarthy‘s Spy was much better? Some of the jokes are on the level of Dane Cook. A friend says the plot “is lifted from Knight & Day with “North by Northwest thrown in.”

In this morning’s “Finest Trifectas” piece, several directors who made three, four or five hotties in a row were named. Michael Mann, Terrence Malick, Darren Aronofsky, John Carpenter, etc. Or seven, even, if you’re counting Rob Reiner — This Is Spinal Tap, The Sure Thing, Stand by Me, The Princess Bride, When Harry Met Sally, Misery and A Few Good Men. But nobody except the legendary Howard Hawks (“three great scenes and no bad ones”) enjoyed a nine-film hot streak. It lasted a little more than a decade, from ’37 through ’48 — Bringing Up Baby (’38), Only Angels Have Wings (’39), His Girl Friday (’40), Sergeant York (’41), Ball of Fire (’41), Air Force (43), To Have and Have Not (’44), The Big Sleep (’45 and ’46) and Red River (’48 but mostly shot in ’46). Creatively and commercially, the best run any Hollywood director ever had.

Robert De Niro in Angel Heart, Ron Perlman‘s Hellboy, that Twilight Zone episode called “The Howling Man”, Ray Walston in Damn Yankees, that Beelzebub who got into Linda Blair in The Exorcist — all my life I’ve loved the fantasy of humans grappling with a literal devil from hell. Actual demons with green eyes, horns on their forehead, sharp tails, hooved feet, flicking tongues and howling voices…all very cool in a mythical fictitious form.

But you can’t expect me to believe that some Italian woman who underwent a series of exorcisms by the late Father Gabriele Amorth was actually possessed by Pazuzu….c’mon! She herself probably believed she was possessed and that’s half the game, but I don’t believe in actual demons. Any more than I buy the idea of God being some white-bearded guy in white robes or, you know, looking like Morgan Freeman. Fairy-tale stuff.

That aside, Friedkin has had some first-rate work done. He’s 82 and looks 62. Very impressive. I’d actually rather see a doc about Friedkin’s plastic surgeon than this exorcism thing, no offense.

The Orchard will release The Devil and Father Amorth on 4.20. Freidkin’s exorcist footage was shot in May 2016. Father Amorth died four months later at the age of 91.

I don’t know if The Association’s “Never My Love” is heard in David Robert Mitchell‘s Under The Silver Lake or it it’s just in the trailer, but the instant I heard the opening bars I knew that this neo-noir involving “a sinister conspiracy of billionaires, celebrities, urban myths and even pop culture as we know it” will be, at the very least, pretty good. Or maybe really good…who knows? The constantly victimized, whiny-voiced Andrew Garfield as Jeff Lebowski but without the bowling, the Hawaiian shirts or the White Russians. Costarring Riley Keough as Bunny Lebowski plus Topher Grace, Zosia Mamet, Jimmi Simpson, Luke Baines and Patrick Fischler. A24 opens it on 6.22.

I’ve been saying for years that the best CGI scenes are the ones you don’t notice.

Almost exactly 18 years ago I wrote a Reel.com piece about a sleight-of-hand car crash sequence in Steven Soderbergh‘s Erin Brockovich. No one spotted it at first, and yet, if you thought about it, the scene had to involve exceptional trickery because a single uncut shot showed Julia Roberts getting into her beater, driving toward an intersection and getting totally rammed and spun around by another car. Roberts would’ve obviously been badly hurt if she’d been driving and yet she wasn’t. So how did they pull it off?

The shot was achieved by seamlessly blending two pieces of footage — one of Roberts getting into the crummy-looking car and slowly driving off, and a second starring a Roberts dummy (wig and all) behind the wheel only this time in a radio-controlled duplicate of the same car. (Or it was all one car — what do I know?) The real Roberts transitions into the Roberts dummy right around the 41-second mark, or just as her car’s structural divide section (i.e., the metal section between the front passenger window and the back seat) passes in front of the camera.

An excerpt from my original article: The alchemist was Tom Smith of Cinesite, a leading visual-effects company known for creating certain highly convincing illusions in Wild Wild West, Message in a Bottle, Armageddon and For Love of the Game.

“It’s what we call the A and B side of a shot,” Smith explains. “The first shot is of Julia getting into the car, starting it up and driving into traffic. Right when the camera is looking at her as she passes by, we stretched and blended this with footage of the Julia dummy behind the wheel of the radio-controlled car. The transition happens over a small number of frames, then we stayed with the dummy car all the way until the accident.”

Viewers might be able to notice the transition between the two Julias and the two cars when they watch this scene next fall on the DVD, says Smith. “There are very subtle differences,” he says. “The Julia dummy has a couple of hairs in the wrong position, but you can barely tell.” 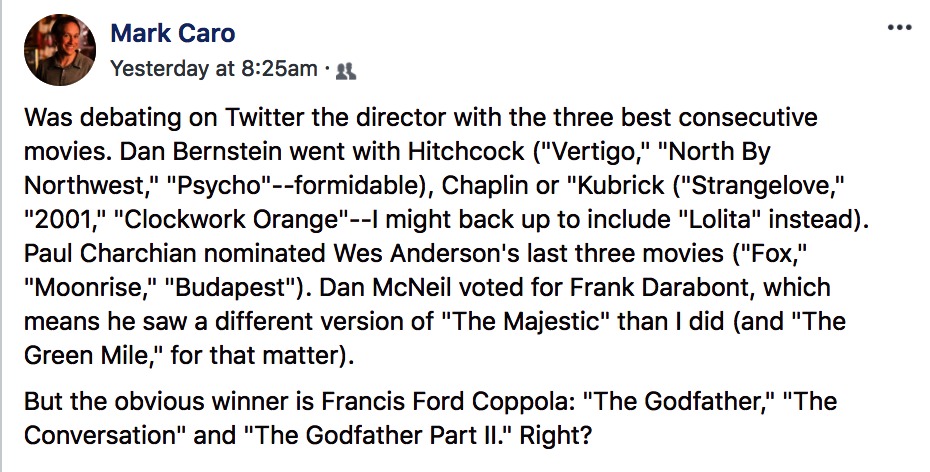 I’m not precisely recalling when I finally and fully understood the difference between counsel (“And I am counselling you”) and council, but it was probably during the first Student Council election that I paid attention to, which was either in sixth or seventh grade. I’m also thinking of Stanley Donen and Gene Kelly‘s It’s Always Fair Wether (’55). 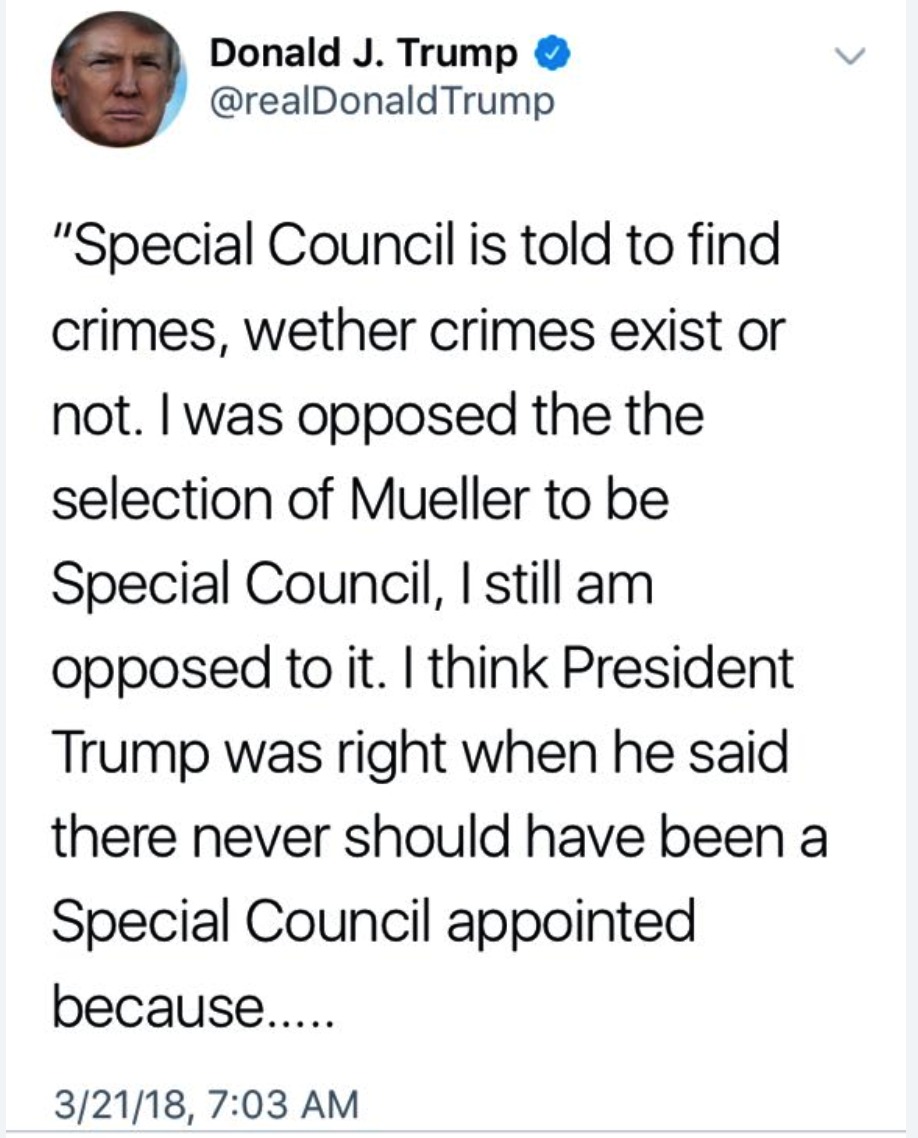