In a 2.15 piece called “This Is Beneath Me,” I wrote the following about Brad Pitt‘s post-divorce adventuring: “Brad’s next serious girlfriend or wife needs to be someone better than Angelina Jolie and way better than Jennifer Aniston, and by that I mean someone classy like Amal Clooney…a lawyer or a diplomat, a brilliant book author or stage director or brain surgeon, someone brilliant and accomplished but without Jolie’s curious history.”

Well, a new Us magazine cover story says Pitt has been romantically involved “since last fall” with 42 year-old Neri Oxman, “a renowned architect and professor at the prestigious Massachusetts Institute of Technology whom Pitt reportedly sought out after seeing a series of 3-D printed furniture pieces she designed.”

Us reports that Pitt “‘has been spotted going into her apartment building on multiple occasions late at night and emerging the next morning after she leaves to teach,’ the source said.” [HE to readership: That means they’re doing the hunka-chunka.] “He’s also said to have headed abroad with his alleged new squeeze, accompanying her to a conference in South Africa at which she was a featured speaker.”

More than a couple HE readers pooh-oohed my 2.15 Amal Clooney-type hypothesis. One guy said, “Naah, Brad needs to settle down with some hot 28-to-32 year old actress, knock her up and live in an open marriage so if he wants to fuck around on set, he can. He’s a good ole boy. An Amal Clooney situation makes no sense. He has never given much of a shit about social causes, etc.” 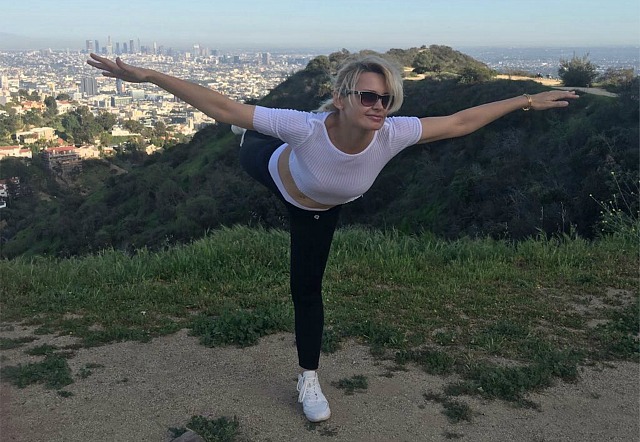 You have to take Runyon Canyon seriously. You have to continue with those screaming thigh muscles…uphill, uphill. You can’t dilly-dally or take too many breathers. 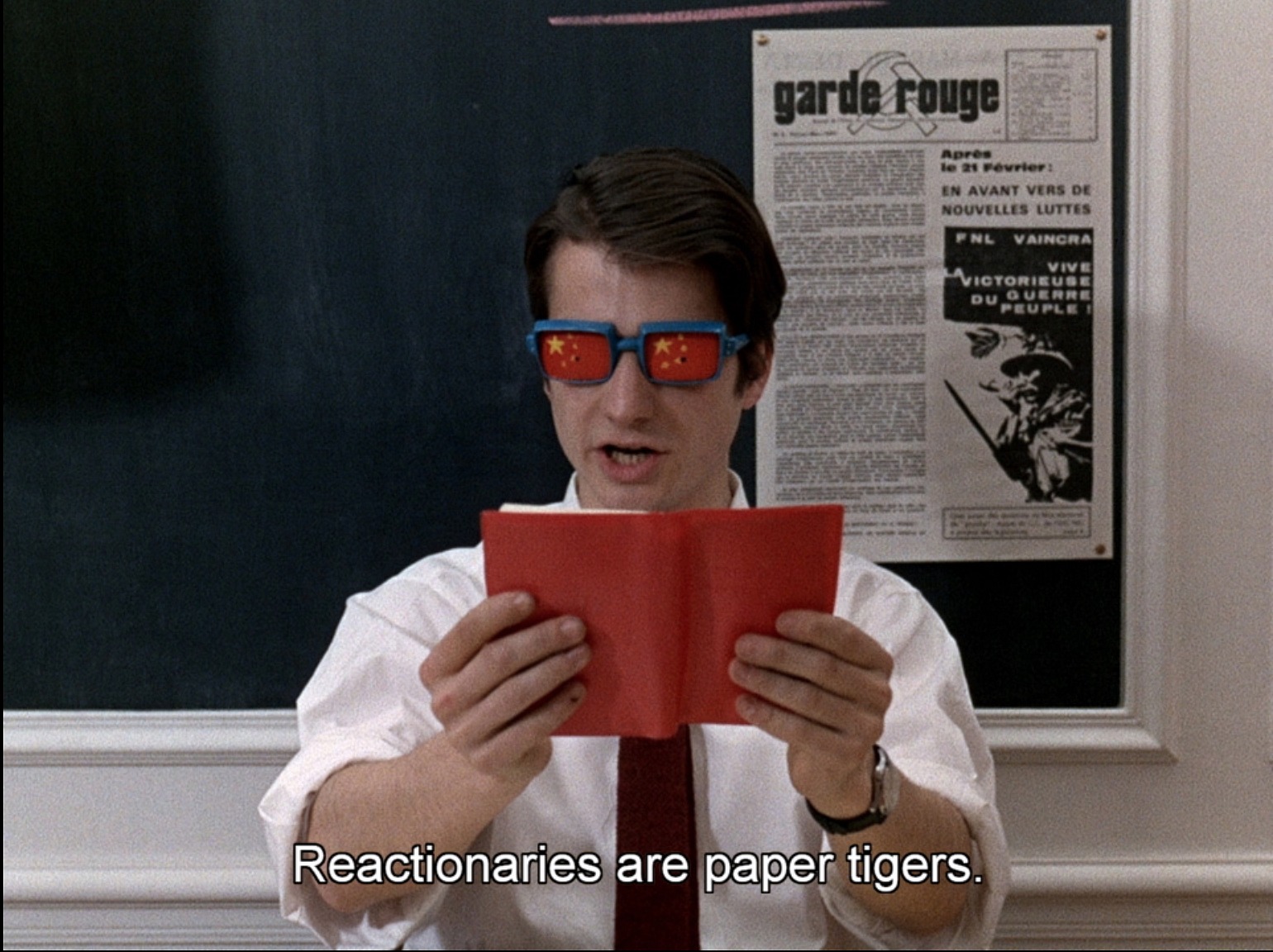 Even the prospect of watching a mid ’60s color film at a 1.37:1 aspect ratio isn’t enough to make me pop for an Arrow Bluray of Jean-Luc Godard’s La Chinoise. 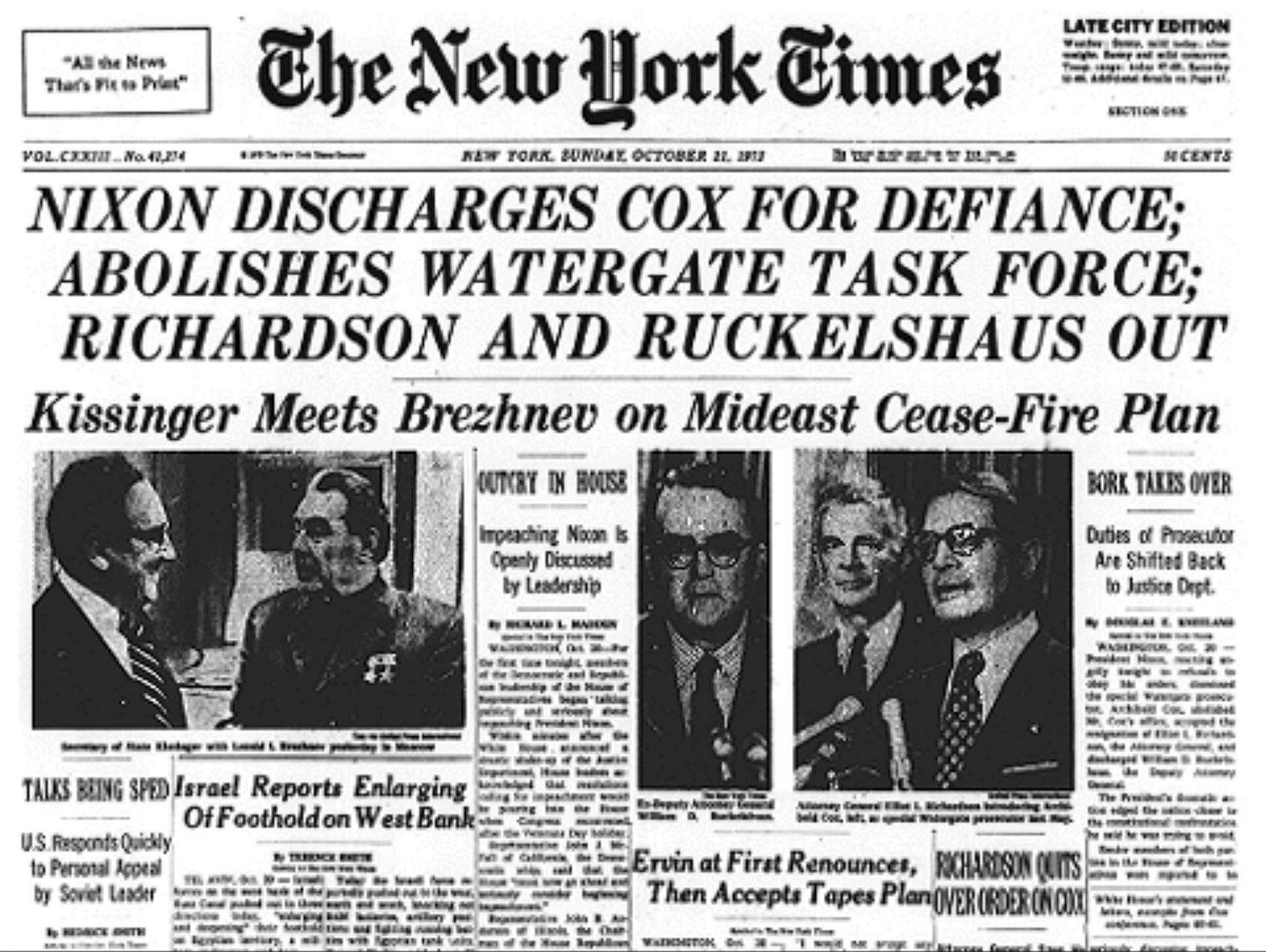 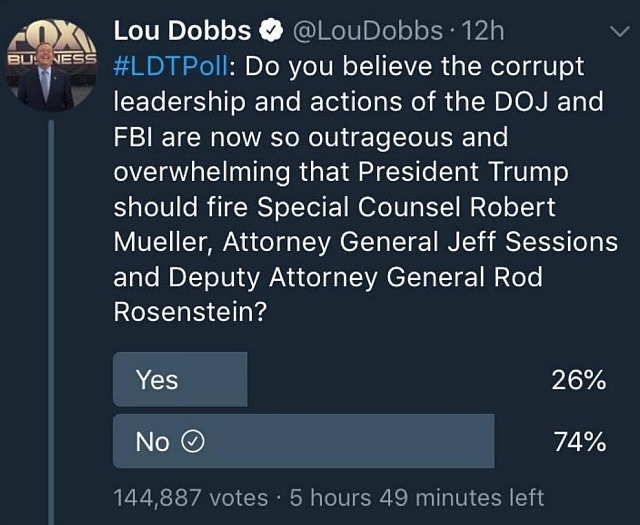 “Damn, is it good to watch a movie that expects the audience to pay attention and that doesn’t pander to the least common denominator.” — James Berardinelli, ReelViews. “It may be a mostly pessimistic portrait of its time and place, but it offers hope, if only that movies of its style, scope and smarts can still get made.” — Ann Hornaday, Washington Post. “Gilroy is a master at laying out a twisty plot, and Anderson directs with the kind of verve that enables almost all the twists to hit us with the force of surprise.” — Kenneth Turan, Los Angeles Times.

And so I began my chat with Beirut screenwriter Tony Gilroy with the following: “It’s so lovely to see a good Tony Gilroy-authored film…done right, done in a clear, adult, complex way…you can actually follow the plot..veins of eloquence and feeling…second-act plot pivots, the payoff and the denouement,” blah blah. And then off to the races.

We covered the basics, which is that Gilroy wrote the Beirut script 27 years ago, when he was working for TedField‘s Interscope. Except nobody bit and so it was put away, and then the film finally launched in ’16 or thereabouts with Brad Anderson directing and Jon Hamm and Rosamund Pike costarring, and so Gilroy did a rewrite and then Anderson shot it in Tangiers in less that 30 days, and for next to nothing. 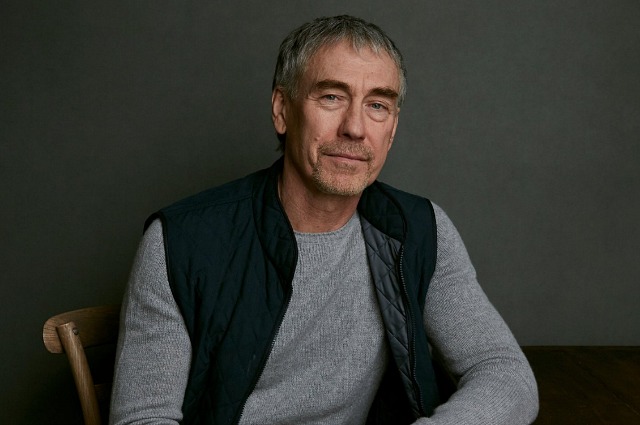 Gilroy #1: “It was meant to be a Sydney Pollack movie. Or a film for Peter Weir or Wolfgang Peterson. The Year of Living Dangerously was a model, and that wasn’t an unusual thing for 1991. Nobody bit because it seemed too controversial, a little too stinky. But what seemed a little controversial in the early ’90s, of course, is now established fact. And it put me in a much higher realm…it moved me up in class…the only movie I had made up to that point was an ice-skating movie…it got me into Dolores Claiborne.”

Gilroy #2: “There are three villains in this thing. I’m not kind to the PLO. It’s corrupt and the leadership is over in West Beirut while thousands of refugees are displaced. I’m saying that the Reagan White House was just a ratfuck of mistaken motivations and of blinking greenlights and just a mess. And I’m also really accurate about Israel’s moment of darkness there, where they were just looking for any excuse to invade.”

15 Comments
No “Rainy Day” in Cannes?

I’m told that Woody Allen‘s A Rainy Day in New York will not be announced as a Cannes Film Festival selection tomorrow morning. The reason, I gather, is not because festival honcho Thierry Fremaux didn’t want to show it, and not because Amazon didn’t want to provide a DCP, but because Allen and producer Letty Aronson (i.e., his sister) didn’t want the controversial attention.

Rather than stand up to the naysayers and Rainy Day costar Timothee Chalamet, who announced several weeks ago that he’s donating his salary for working on the film to a #TimesUp organization, Allen and Aronson have apparently opted out.

It may be that A Rainy Day in New York isn’t very good, in which case I would understand Allen’s reluctance to show it in Cannes. But at least a couple of not-all-that-great Allen films have screened in Cannes before (Irrational Man, You Will Meet A Tall Dark Stranger) and so not showing Rainy Day is also, one could infer, about a lack of sterner stuff or certainly an instinct to avoid a turbulent episode.

Ducking and hiding in the midst of a persistent but highly questionable controversy (i.e., the Dylan Farrow allegation that was re-stated in a 12.7.17 L.A. Times op-ed piece, and the Robert Weide defense that was posted on 12.13) is a way of saying “whatever you guys want to believe or not believe is fine with me, but I’m not going to submit to a tabloid circus in Cannes in order to promote my latest film, however good or bad it might be…I just don’t want to get raked over the coals by the Cannes press corps about this whole matter once again so the hell with it…Amazon will probably release it with a minimum of fanfare but I’m moving on to my next film.”

As one insider put it, “Woody himself and his own team might not think that going to Cannes is the best idea at this particular moment.”

A pair of second-hand “insiders” have confided that nothing has been said about A Rainy Day in New York since earlier this year, and that “they’re already talking about working on the next one.” Duck and cover, avoid the heat, choose the path of least resistance, etc.

Terrific! The general importance and impact of this legendary Cote d’Azur gathering has suddenly dropped two or three notches. With the absence of Cuaron, Greengrass and Welles, there is suddenly a gaping void. What could have been a great or very good festival will now be somewhat less so.

“It was not our decision to make,” Sarandos explained. “Thierry announced the change in their qualification rules [that] requires a film to have distribution in France to get in, which is completely contrary to the spirit of any film festival in the world. Film festivals are to help films get discovered so they can get distribution. Under those rules, we could not release our films day-and-date to the world like we’ve released nearly 100 films over the last couples of years. And if we did that, we’d have to hold back that film from French subscribers for three years under French law. Therefore, our films they are not qualified for the Cannes Film Festival competition.”

Also: “I do have faith that Thierry shares my love for cinema and would be a champion of changing that when he realizes how punitive this rule is to filmmakers and film lovers. [So] we hope that they do change the rules. We hope that they modernize. But we will continue to support all films and all filmmakers. We encourage Cannes to rejoin the world cinema community and welcome them back. Thierry had said in his comments when he announced his change that the history of the internet and the history of Cannes are two different things. Of course they are two different things. But we are choosing to be about the future of cinema. If Cannes is choosing to be stuck in the history of cinema, that’s fine.”

7 Comments
Something Promising Died With Him

My first thought as I watched this obviously well-cut trailer for Dawn Porter‘s Bobby Kennedy For President (Netflix, 4.27) was “how deep-down honest is this film?” It’s very easy to paint a romantic, inspirational portrait of this fallen hero. But we’ve just been through the sordid events of Chappaquiddick, which portrayed Edward Kennedy as a character-challenged weakling. And we all know that President John F. Kennedy had his own character issues as far as incessant hound-dogging was concerned. Are we to assume that the Kennedy family’s tradition of privilege and the faint whiff of arrogance never rubbed off on Bobby? Not a bit?

I agree that RFK was probably the best of the brood, as he’d clearly demonstrated the ability and willingness to grow with the times. But I wonder who he really was, and I mean “really.” He began in the mid ’50s as a conservative-minded hardhead investigator (founding father Joseph P. Kennedy once said that RFK “hates like I do”) and an ally of Communist witch-hunter Roy Cohn, of all people. But by the end of his life RFK had become a kind of poet-dreamer of his own making, a guy who seemed to truly believe in transcendence and compassion and who sang a song that resonated all over.

50 years ago huge portions of this country were in love with the idea of Bobby Kennedy, the successor to the throne with the reedy voice and tousled hair and an affection for Greek poets. Even rural bumblefucks loved and admired him. But today the children of those legions are supporters of an animal — a nostril-breathing, blatantly unhinged rightwing sociopath. Paul Schrader has noted that it wasn’t just movies of the ’60s and ’70s that were better, but that moviegoers were better also. Same thing with the voters. 35% of the voters in this country are nihilistic and dangerous.

The debut of Porter’s four-part miniseries will follow a special 4.25 screening at the Tribeca Film Festival.

All Cannes Film Festival posters are echoes of the ’60s — Claudia Cardinale, Faye Dunaway, Monica Vitti, Marilyn Monroe, Paul Newman and Joanne Woodward, etc. The just-revealed official poster for next month’s festival follows suit — Jean-Paul Belmondo and Anna Karina in Pierrot le Fou (’65). No offense but I watched Pierrot le Fou a few years ago at the Film Forum — it’s lazy, catch-as-catch-can, fairly dreadful. My first impression of the new poster was a little bleary as I was just putting on my glasses at 6 am, etc. But before I recognized Belmondo I thought I was looking at Alden Ehrenreich and Scarlet Johansson pretending to be Belmondo and Karina. That would’ve been cool. 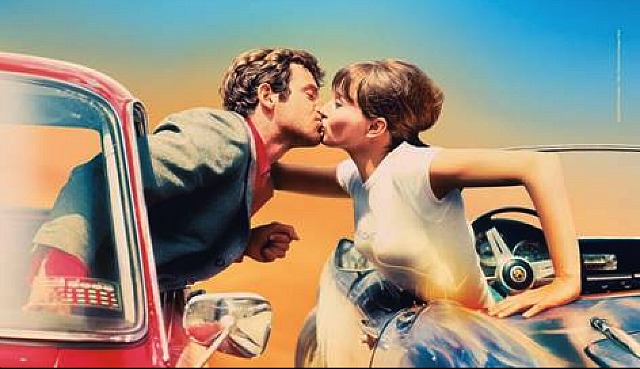