Something in me deflates when I see some younger guy wearing dorky-looking footwear, particularly those awful white-rimmed Nikes that Millennials are so fond of or any kind of half-plastic, half-canvas combo, including gray or loud-color cross-training shoes, atrocious sandals, Crocs, etc.

Do younger GenYs, Millennials and GenZs have the worst taste in shoes in the history of western civilization? That sounds over-the-top but think about it. How many under-40 males wear super-cool-looking Italian shoes (and I don’t just mean traditional leather) on any kind of regular basis? Answer: Almost none. How many hinterland tourists wear X-factor shoes of any kind? Same difference. Whenever I notice someone wearing great-looking shoes I’ll sometimes tell them so, but I can’t remember the last time this happened in Los Angeles.

The only region in the world in which guys wear great-looking shoes with any frequency is Northern Italy, and even then it’s a spotty proposition. Older, silver-haired Italian guys are the standard-bearers. Under-40s, even in Italy, are almost uniformly opposed to what I sometimes call the Daniel Day Lewis or Bruno Magli aesthetic. 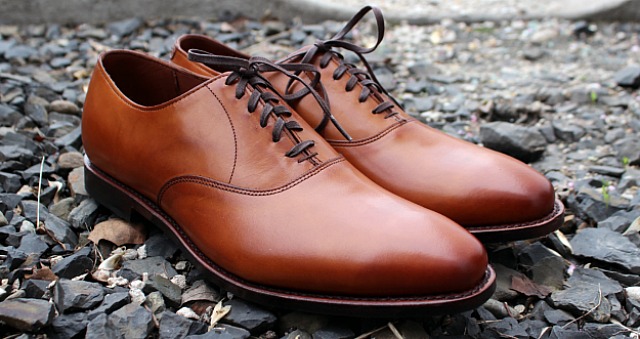 The 50th anniversary Broadway presentation of Mart Crowley‘s The Boys in the Band opened a couple of days ago. The reviews have been pretty good, Ben Brantley notwithstanding. Not being in New York and probably reluctant to shell out $300-plus for a pair of tickets if I were, I’ve done the next best thing — i.e., ordered the Kino Classics Bluray of William Friedkin’s 1970 big-screen adaptation. 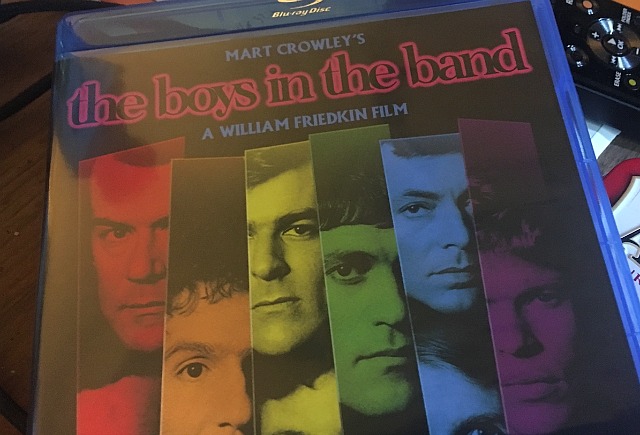 If a just-opened film contains a big surprise, critics will usually observe silence until the first-weekend crowd has had a chance to catch it. Indiewire‘s David Ehrlich has thrown that rule out the window. This morning he spoiled the big secret in Baltasar Kormakur‘s Adrift. Ehrlich’s article allows Kormakur to explain his reasons for inserting a big fake-out (“Adrift Director Baltasar Kormákur Explains the Reasoning Behind the Movie’s Wild Plot Twist”).

As long as the cat is out of the bag and presuming that at least some HE readers have seen Adrift last night, what are the reactions?

HE riff, posted a couple of days ago: “You can tell right away that Adrift wants to deliver coo-coo romantic vibes for its target audience (i.e., younger women, couples). Loving currents first and surviving nature’s wrath second. This strategic determination, crafted by screenwriters Aaron Kandell, Jordan Kandell and David Branson Smith and obviously agreed to by Kormakur, results in a significant third-act revelation or confession that reveals their lying, cheating hearts.

“Adrift creators to audience: “We wanted to give you a film about a young, loving, struggling-to-survive couple, and we did that for the most part so too effing bad if we flim-flammed you. Get over it. Life is full of fake-outs and people dealing from the bottom of the deck. We didn’t do anything that bad. Have some more popcorn.”

2018 is one month away from being half done. In my book that’s close enough to compile a halftime edition of the Best Films of 2018, and so here they are — the six best of the year so far, and by this I mean the ballsiest, the least compromised, the most transcendent, vivid and articulate, and the most likely to be remembered at year’s end: Paul Schrader‘s First Reformed, Ari Aster‘s Hereditary, John Krasinski‘s A Quiet Place, Eugene Jarecki‘s The King, Lynne Ramsay‘s You Were Never Really Here and Tony Zierra‘s Filmworker.

Yep, four narratives and two docs. No doubt about it. Most of the shills posting half-year assessments will be putting Ryan Coogler‘s Black Panther in their top five, but I don’t kowtow — it’s half of a really good Marvel flick.

I’m proclaiming this knowing that the current month of June contains, by my sights, only one solid narrative standout (Hereditary) along with a single brilliant doc (The King) and a kind, gentle, congenial heartwarmer (Morgan Neville‘s Won’t You Be My Neighbor). There is also a highly promising trio opening later this month — Brad Bird‘s Incredibles 2, Shana Feste‘s Boundaries and Stefano Sollima‘s Sicario: Day of the Soldado.

Working backwards, starting with May and ending in January but without riffs or recaps — most titles link to my original review:

May: First Reformed and Filmworker, in a walk. (The links explain why.) May’s second best doc was RBG — a steady, assured and comprehensive portrait of Supreme Court Justice Ruth Bader Ginsburg. I wasn’t all that excited about Jason Reitman‘s Tully when I saw it last January, but don’t let me stop you.

April: A Quiet Place and You Were Never Really Here led the pack, but Tony Gilroy‘s Beirut was a respectable third-placer, and right after that came Sebastian Lelio‘s Disobedience and then John Curran‘s Chappaquiddick. I never got around to posting a Lean on Pete review (apologies) but it holds up pretty well in retrospect. The Rider was an honest, affecting rough-hewn exercise sans charisma or a way out of the mire.

I hated Where Is Kyra?. I Feel Pretty, which I saw late, was an off-tempo reach and an all-but-total wipeout commercially.