Rosemary’s Baby opened exactly 50 years ago today. All my life I’ve understood that the fictional building that Guy and Rosemary Woodhouse move into at the very beginning (i.e., the Dakota in real life) is called the Branford. In fact novel author Ira Levin called it the Bramford, the first syllable coming from Bram Stoker.

From HE review of Criterion’s Rosemary’s Baby Bluray, posted on 10.22.12: “The Rosemary’s Baby Bluray, in short, wasn’t mastered with the idea of taking your breath away, or at least the idea of taking away the breath of someone like myself, a Bluray-worshipping, semi-sophisticated cineaste and ex-projectionist who doesn’t mind a little tasteful DNRing. It’s made for the purists who will say “whoa, really nice grain structure!” It looks like it’s being projected at the Criterion theatre a week after Bobby Kennedy was killed with a first-rate projectionist in the booth. Grain purists like Glenn Kenny will probably be happy, and I’m not putting Kenny down when I say this. So I’m not complaining. Really. It’s fine. I’m just saying ‘it is what it is.’

Yesterday the University of Southern California’s Annenberg Inclusion Initiative released a report that said an overwhelming majority of film critics — 78% — are male, and only 22% are female. So there’s a bias and under-representation factor to contend with. So the people who do the hiring have to start hiring fewer guys and more gals…right? One question: given that (a) film critics have been getting pink-slipped left and right over the last decade or so, certainly from print media excepting the trades, and (b) those that have full-time reviewing gigs for websites will never be paid a flush salary unless they work for a major news org or rise to the rank of editor, how many diehard cineastes really want to be a film critic in the first place? It’s a very tough racket.

23 Comments
Right Back At Ya, Cheeto 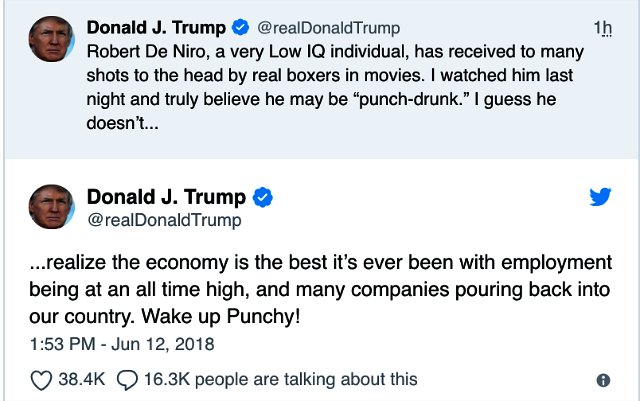 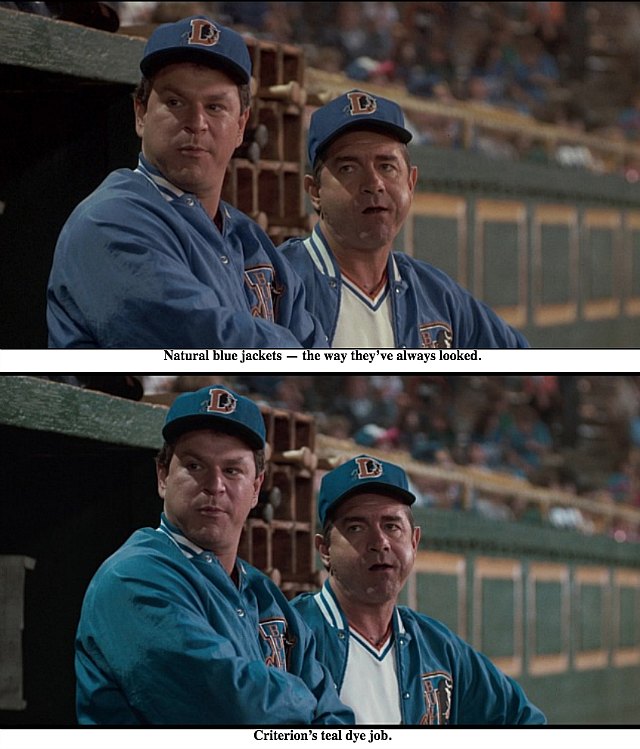 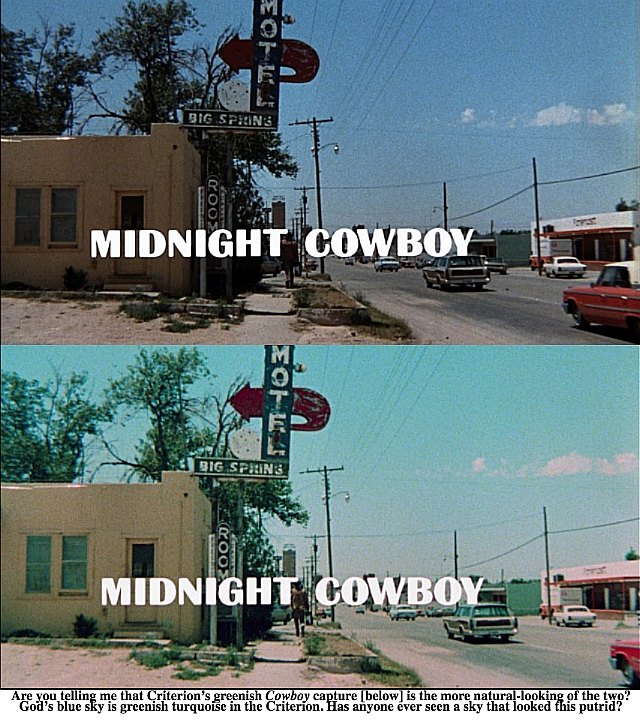 From the get-go, analysts were saying that the Trump administration’s case against the AT&T/Time Warner merger was quite unusual. The government usually tries to block horizontal mergers, but not this time. The Justice Dept.’s attempt to block this particular merger was, of course, driven by Donald Trump‘s antagonistic attitude toward CNN. “AT&T owns the pipes and the wires, Time Warner owns the content,” etc. The merger will enable the two giants to “enhance each other,” as the argument does. And now Trump has lost. The deal has been approved without conditions.

40 Comments
An Element of Self-Portraiture?

Written by Brad Ingelsby, The Has-Been would star Affleck as “a former basketball all-star who has lost his wife and family foundation in a struggle with addiction” — an echo of what Affleck himself has been going through. Affleck’s character “attempts to regain his soul and salvation by becoming the coach of a disparate, ethnically mixed high school basketball team at his alma mater.”

If they want to really tell an Affleck tale they’ll set the high school in the Boston area, no?

The Has-Been might “happen on a fast-track” via Warner Bros., Fleming wrote. Affleck would produce along with Jennifer Todd, Mark Ciardi, Gordon Grey, O’Connor and Inglesby.

Fans of Hoosiers will recall a similar personal-struggle plotline. A basketball coach with a spotty past (Gene Hackman) trying to overcome personal demons and get back in the game. Working with a high-school team, having to overcome various forms of resistance, having to summon all of his inner resources and discipline, etc.

The other Hoosiers echo, of course, is Dennis Hopper‘s performance as the town drunk, which led to a Best Supporting Actor Oscar nom.

I never understood the speculation that Dexter Fletcher, who took over as director of Bohemian Rhapsody last December in the wake of Bryan Singer‘s firing, might wind up with the final “directed by” credit.

Fletcher finished the Queen biopic over the course of 16 days last January, but Singer oversaw pre-production from July to September 2017 and then directed principal photography from mid September ’17 until late November, or roughly 10 weeks. How could the contribution of a two-week guy be credited more highly than a ten-week guy, not counting pre-production?

Not surprisingly, Bohemian Rhapsody producer Graham King has told Empire magazine that the directing credit will go to Singer, not Fletcher. 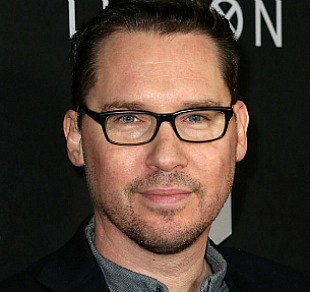 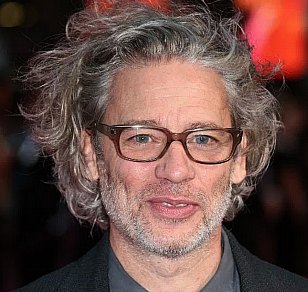 “Bryan Singer is the credited director of the film. Basically, Bryan had some personal issues going on. He wanted to hiatus the movie to deal with them, and the movie had to get finished. That was what it came down to…it wasn’t about reinventing the wheel. We needed someone who would have some creative freedom, but work inside a box. [Fletcher] did us a real favor.”

The undercurrent in the Singer removal involved concerns about inappropriate off-screen behavior a la Kevin Spacey. Everyone was presuming that some kind of allegation would blow up in the wake of Singer’s dismissal, which happened because he left the set after friction with star Rami Malek and other cast members. A sexual assault lawsuit against Singer was filed on 12.7.17. It pointed to an alleged incident that happened in 2003.

A vaguely creepy fake trailer, smoothly narrated and assembled by Team Trump, was shown yesterday to Kim Jong Un as an incentive for North Korea to de-nuclearize and generally behave in a more peaceful and constructive fashion.

“Destiny Pictures presents a story of opportunity. A new story, a new beginning. A story about a special moment in time, when an absolute ruler is presented with one chance which may never be repeated. What will he choose? To show vision and leadership? Or not?

“Featuring President Donald Trump and Chairman Kim Jong Un…in a meeting to remake history. To shine in the sun. One moment, one choice, what if? The future remains to be written.”

On one level Trump offering Kim a chance to improve his country’s financial health — to “advance his country and be part of a new world…shake the hand of peace and enjoy prosperity like he has never seen…a great life or more isolation?” — is a practical, constructive approach. In the darkest hours of the Vietnam War, President Lyndon Johnson offered a similar carrot-and-stick appeal to North Vietnam, “a massive TVA-style development project for North Vietnam if Hanoi renounced its efforts to reunify the country by force.”

On another level Trump’s fake video — basically a sales pitch — reminds me on some level of that weird video shown to Warren Beatty‘s journalist character, Joe Frady, in Alan Pakula‘s The Parallax View. [After the jump.]

I’ve become so accustomed to the idea of Ben Affleck not playing the dual titular role in Matt Reeves‘ The Batman that it looks like up to me. So that Deadline report about The Batman “likely” being a reboot sans Affleck….I feel like I’ve been digesting this story for at least a year if not longer. The wheels seem to be grinding awfully slowly on the Warner Bros. lot.

And seriously, a Batman “reboot”? Another one? What more could possibly be said at this point? What could Reeves’ film possibly do and where could it go? The franchise has been milked so dry there’s nothing left to suck on.

The only concept that interests me is “take away the grandiose wealth” — i.e., Bruce Wayne, Wayne Manor, Alfred, Morgan Freeman‘s Q-like character. And make Batman into a guy who’s only worth maybe $4 or $5 million — comfortable but not flamboyantly rich, dedicated to his mission but occasionally skating on thin financial ice, so to speak. Maybe a guy with poor social skills, a guy who made some bad investments a few years back and now the chickens are coming home to roost. He’s not above washing the Batmobile himself, and every so often he brings in a sworn-to-secrecy mechanic for a tune-up or a tire-change or replacing the clutch.