Why are the famed Magno Screening Rooms (729 Seventh Avenue) closing on 6.27? In his obit Showbiz 411‘s Roger Friedman wrote that “the great screening rooms are disappearing,” in part because “publicists send links now.” Yeah, they do for some films, but screening rooms aren’t closing in Los Angeles, or at least not to my knowledge. All the studios maintain their first-class screening facilities, and the indie rooms — Raleigh, Wilshire, Rodeo, Sepulveda, Sunset and Ocean Ave. — are still in business. And of course the all-media screenings are still happening. Links are just one way to see films. It would be a huge mistake for distributors to not make a serious effort to present all their films to critics in a screening room of whatever size. A communal experience commands your full attention. Watching a film on your Macbook Pro is the pits. 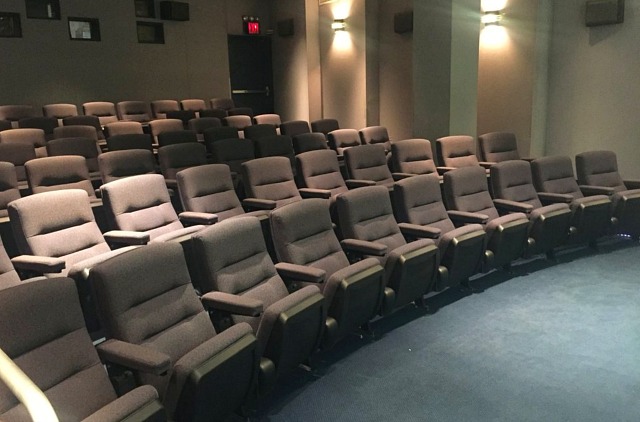 Posted on 6.27.13: “I didn’t crash Gandolfini’s funeral like some giggling monkey, and I didn’t take the subway up there this morning with the intention of crashing. I crashed it solemnly like some devoted choirboy or Sopranos family soldier. I just grimmed up and shuffled up the cathedral steps and…well, go ahead and laugh but I honestly believe that I got past security because some angel from heaven who lived in my area of New Jersey when he or she was mortal happened to look down from heaven at that moment and said ‘whoa, wait up…he’s okay…fuck it, let him through.’

“Inside the main cathedral door were three women dressed in black with clipboards and lists, checking names. I just slowly but stealthily sidestepped them and slowly made my way to the bag-checking guy who was standing at a desk, and then to the metal-detector guy. The latter wanded me and seemed a tiny bit alarmed when he got a “beep!” from two tins of Altoids I had in my left jacket pocket. “I’m gonna have to see what that is, sir,” he said. “Sure thing, man,” I answered, and pulled out the bigger of the two Altoid tins. He wanded me again….beep! “That’s another tin of Altoids,” I told him.

I almost never post anything I’ve heard about early-bird research screenings, particularly if the reactions are mezzo or negative. But every so often I’ll make an exception. I’ve picked up some positive responses to last night’s research screening of Damian Chazelle‘s First Man, and I gather it’s cool to post them. They’ve come from three viewers but I’m just throwing them into one cheese-and-onions scramble. Pretend that it’s one person sharing.

“Very similar to Dunkirk. Just a pure theatrical experience. Extremely intense and muscular. The cinematography is incredible. So many breathtaking compositions. Damien Chazelle composes and directs the hell out of it, frequently switching to a gritty, handheld documentary style. It feels like a Paul Greengrass film at times. Fantastic set pieces. Ryan Gosling is excellent as Neil Armstrong — not a showy, transformative performance — and Claire Foy gives an amazing performance too. It has a layered screenplay with effective emotional beats. Never a dull moment, well-paced, technically impressive (as expected) and I really enjoyed the score.” 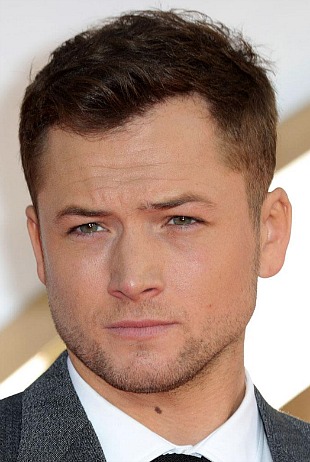 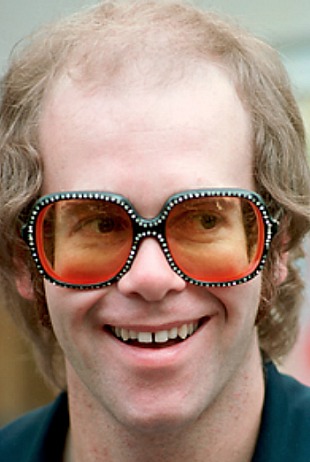 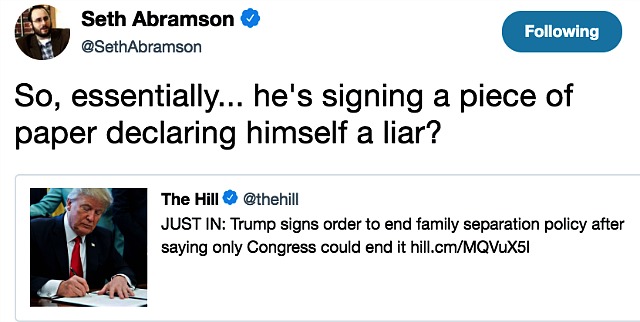 If you search Rotten Tomatoes for “Cold War,” you’ll find seven titles. But there is only one Cold War — the latest Pawel Pawlikowski masterpiece, destined to win the Best Foreign Language Feature Oscar, HE’s favorite Cannes film by a country mile. Jewel-perfect, exquisitely photographed, tight as a drum. 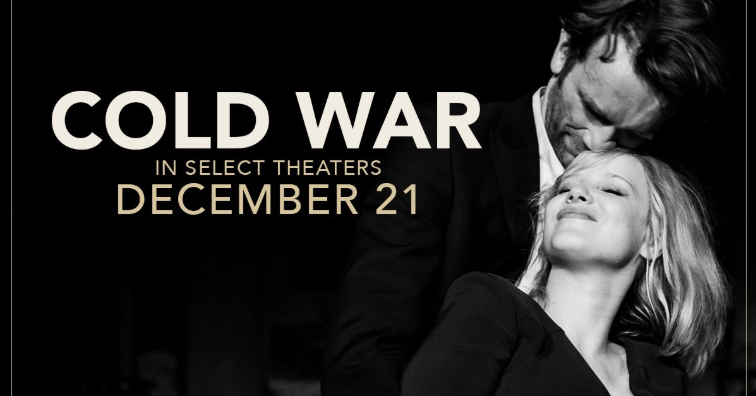 Tweeted yesterday by Steve Schmidt, MSNBC consultant and former campaign manager for John McCain (Schmidt was played by Woody Harrelson in HBO’s Game Change): “29 years and nine months ago I registered to vote and became a member of The Republican Party, which was founded in 1854 to oppose slavery and stand for the dignity of human life. Today I renounce my membership in the Republican Party. It is fully the party of Trump.

“It is corrupt, indecent and immoral. With the exception of a few Governors like Baker, Hogan and Kasich, it is filled with feckless cowards who disgrace and dishonor the legacies of the party’s greatest leaders. 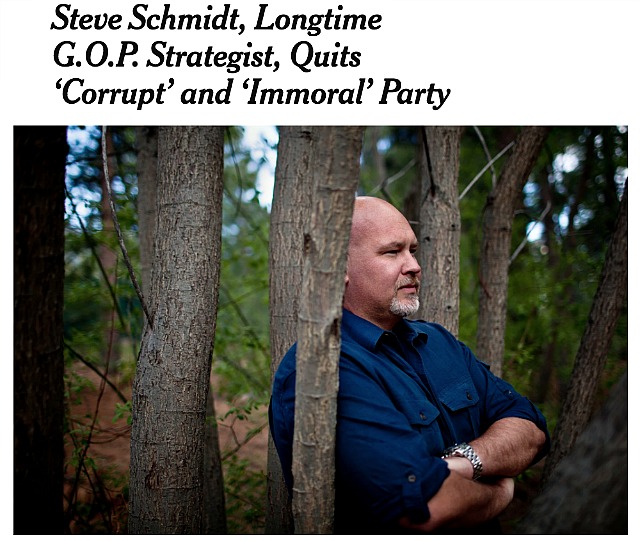 “This child separation policy is connected to the worst abuses of humanity in our history. It is connected by the same evil that separated families during slavery and dislocated tribes and broke up Native American families. It is immoral and must be repudiated. Our country is in trouble. Our politics are badly broken.

“The first step to a season of renewal in our land is the absolute and utter repudiation of Trump and his vile enablers in the 2018 election by electing Democratic majorities. I do not say this as an advocate of a progressive agenda. I say it as someone who retains belief in DEMOCRACY and decency.

“On Ronald Reagan’s grave are these words: ‘I know in my heart that man is good. That what is right will always eventually triumph and there is purpose and worth to each and every life.’ He would be ashamed of McConnell and Ryan and all the rest while this corrupt government establishes internment camps for babies. Every one of these complicit leaders will carry this shame through history. Their legacies will be ones of well-earned ignominy. They have disgraced their country and brought dishonor to the Party of Lincoln.

Given Ad Astra‘s officially announced opening date of 1.11.19, it always seemed obvious that it would actually open in late ’18 to qualify for Oscars, Globes and whatnot. According to costar Jamie Kennedy, 20th Century Fox and James Gray‘s sci-fi flick will, in fact, open on 12.25.18.

Kennedy actually said this several weeks ago on The Shift with Drex, a Canadian late-night talk show. Here’s a clip of Kennedy’s disclosure.

In Ryan Coogler‘s Creed (’15), you had Adonis Creed (Michael B, Jordan), son of the late Apollo Creed (Carl Weathers), being trained for a big match by the aging Rocky Balboa (Sylvester Stallone), who, in his relative youth, fought and then befriended Apollo during the first three Rocky films (the ’76 original, Rocky II in ’79, Rocky III in ’82). But then in Rocky IV (’85), Apollo was pounded to death in a match with Russian superboxer Ivan Drago (Dolph Lundgren), which led to a vengeance payback match between Drago and Balboa.

Now comes Creed II (MGM, 11.21), in which Adonis goes up against — who else? — Viktor Drago (Romanian actor Florian Monteanu), the son of his father’s killer.

Keep it personal, keep it familial, and always reference the early Rocky narratives and Stallone’s concurrent late ’70s and ’80s heyday. HE alternate plan: Keep the brand going but don’t reflexively make the narratives about personal revenge and payback. Because it feels overly schematic and mechanized when you do that. The world is a lot bigger and more fascinating than the one you dream of in your philosophies.