Six years ago, Alfred Hitchcock‘s Vertigo overtook Orson Welles‘ Citizen Kane in the once-per-decade Sight & Sound poll as the greatest film ever made. The next big vote won’t be for another four years, but in the view of esteemed critic David Thomson Vertigo‘s dominance may not last.

He sounds the warning in a 6.21 London Review of Books entry called “Vertigo after Weinstein.” The basic shot is that Vertigo is too much about obsessive male hunger for women and too dismissive of their feelings, too sexually perverse and generally too icky to remain the champ in this #MeToo and #TimesUp era.

“We have to be clear-eyed about Vertigo, and about what its power and influence tell us. It isn’t just that Alfred Hitchcock was devious, a fantasist, a voyeur and a predator. It isn’t just that no matter how many Harvey Weinsteins are exposed, it could never be enough to deliver justice to those who have been wronged and exploited. It isn’t even that men invented and have dominated the command and control of the movies, both as art and business: that they have been the majority of directors, producers and camera people despite, over the years, being a minority of the audience.

“Is what Vertigo has to tell us, beyond this history of male control, that the medium itself is in some sense male? Is there something in cinema that gives power to the predator, sitting still in the dark, watching desired and forbidden things? Something male in a system that has an actress stand on her mark, in a beautifully lit and provocatively intimate close-up, so that we can rhapsodize over her?

“In 2012, the Sight & Sound poll was urged on by a feeling that we’d all had enough of Citizen Kane. Welles’ film had been voted the best ever from 1962 to 2002. Few felt that the verdict had been unjust, but in a young medium was it proper for the champ to be a pensioner? Didn’t cinephiles deserve a more mercurial model, made in their lifetime? But the new winner was Vertigo, not very much younger than Citizen Kane, and its triumph was acknowledged as a rueful commentary on the ambivalent glory of being a film director, the auteur status that Sight & Sound was pledged to uphold.

I wonder if anyone has tried to re-edit Sicario with all of Emily Blunt‘s scenes removed, or at very least with her character reduced to a marginal figure. Sicario runs 121 minutes. A Blunt-free or Blunt-reduced version, if it exists or if someone assembles it, would maybe run…what, 80 or 90 minutes? I’m imagining this because I was so turned around by Sicario: Day of the Soldado. I didn’t have a Blunt problem in Sicario because I don’t like women in Mexican drug-dealing dramas. At all. The young Isabela Moner is awesome in Soldado — she owns almost every scene she’s in. But I don’t care for female FBI agents who are better at registering naive emotional responses to grim situations (weeping, shuddering, taking showers, picking up strangers in bars) than doing their job.

With David Poland having walked away from Movie City News (but not DP30!), the site should either shut down or rebrand itself. Either option is better than MCN just sitting there, stagnant and frozen in time, like it is now. Just as Roseanne sans Roseanne Barr is being rebooted as The Conners, a Poland-less Movie City News could be reignited as…I don’t know, Movie City Pride (run by headline-link guy Ray Pride with continuing box-office reports from Len Klady and occasional critiques by Gary Dretzka) or Movie City Jews or you tell me. 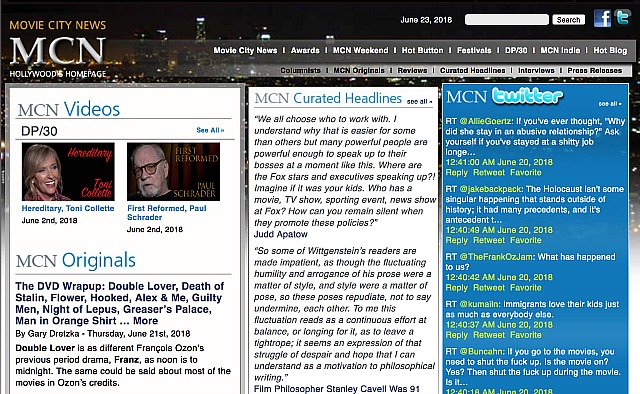 I say this every time the junket whores send out ecstasy tweets over the latest Marvel, D.C. or Star Wars flick, and I guess I’d better say it again about this morning’s Ant-Man and the Wasp reactions. Hilarious and spot-hitting as it may be, devotional-geek reactions must be instantly dismissed or at the very least regarded askance, because they always love everything. Only when skeptical sourpusses like myself have given a thumbs-up…only then can the Ant-Man and the Wasp buzz be trusted. I’ll be seeing it on Tuesday, 6.26. 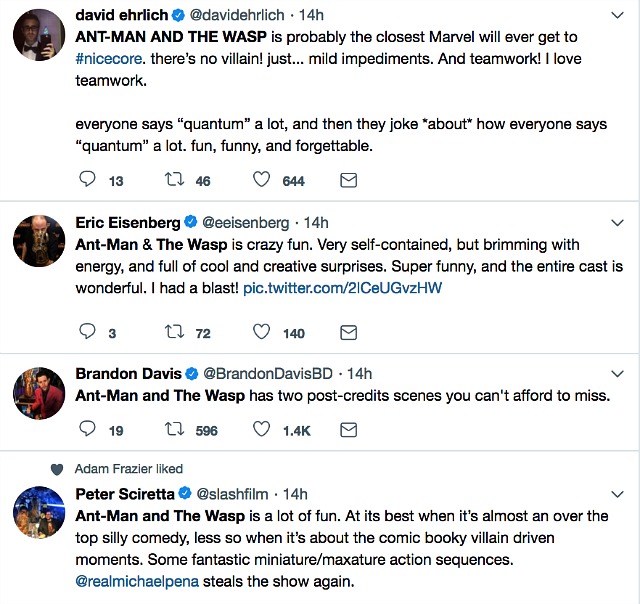 4 Comments
“Sorry, Little Girl, But I Need The Bumblefuck Vote” 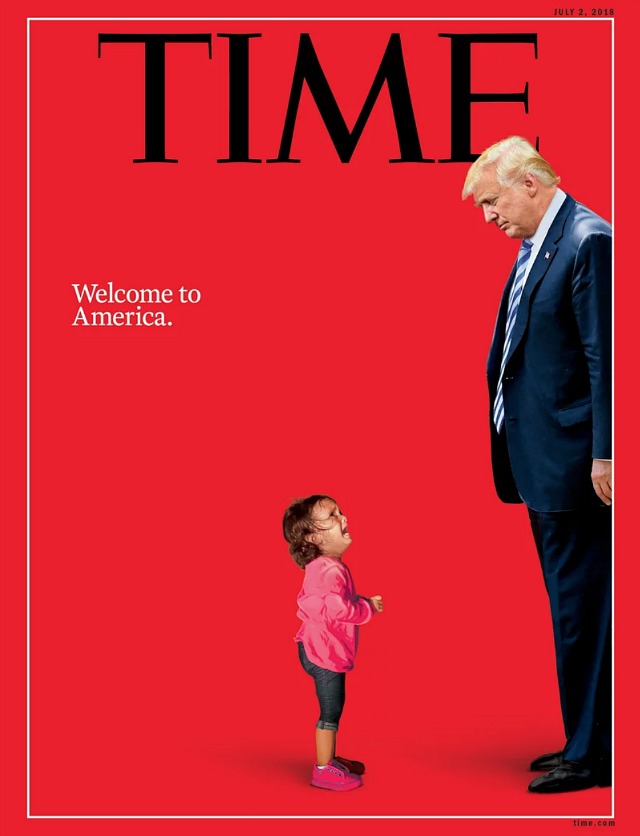 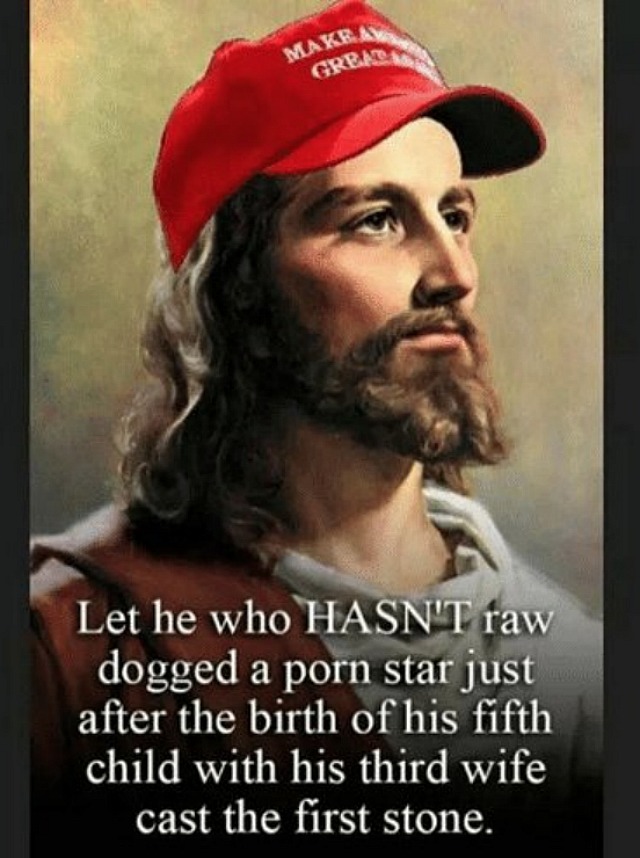 I agree with Seth Rogen’s refusal to pose for a selfie with Paul Ryan’s kids as well as what he told the unconscionably venal Speaker of the House: “No way, man!…furthermore, I hate what you’re doing to the country at this moment and I count the days until you no longer have one iota of the power you currently have.” But I don’t quite agree with the owner of the Red Hen in Lexington, Virginia, who told White House press secretary Sarah Sanders that she wouldn’t serve her. I’m not condemning the Red Hen decision — Sanders is horrific, of course, and deserves whatever bad vibes or social discomfort that might come her way. On the other hand it’s just dinner. Restaurants are finally about serving. 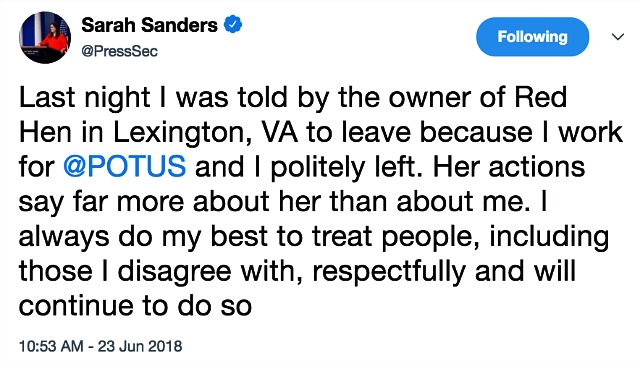