I never read Frank Herbert‘s “Dune” but I hated, hated, hated David Lynch‘s Dune (’84). I can still remember that feeling of my soul evaporating as I sat in a Universal Studios screening room, watching the damn thing and feeling more and more numb. If there’s one film I don’t want to see remade, it’s fucking Dune, and if someone’s going to remake it anyway Denis Villeneuve‘s handprints are the ones I’d least like to experience. I’m not saying this is the end of Timothee Chalamet, but it’s a a bad, bad thing that he’s probably going to play Kyle MacLachlan‘s role (i.e., Paul Atreides). First he threw Woody Allen under the bus, and now this. I’m guessing that Luca Guadagnino is weeping for poor Timothee right now in Crema. I’m gagging. Hey, Denis…why don’t you get Bradford Young to shoot it?

As we speak, there are only three or four Amazon copies of Stephanie Bouquet‘s “Clint Fucking Eastwood” (Capricci) left on Amazon. I was thinking about buying one just so I could put it on my bookshelf, but I guess not. 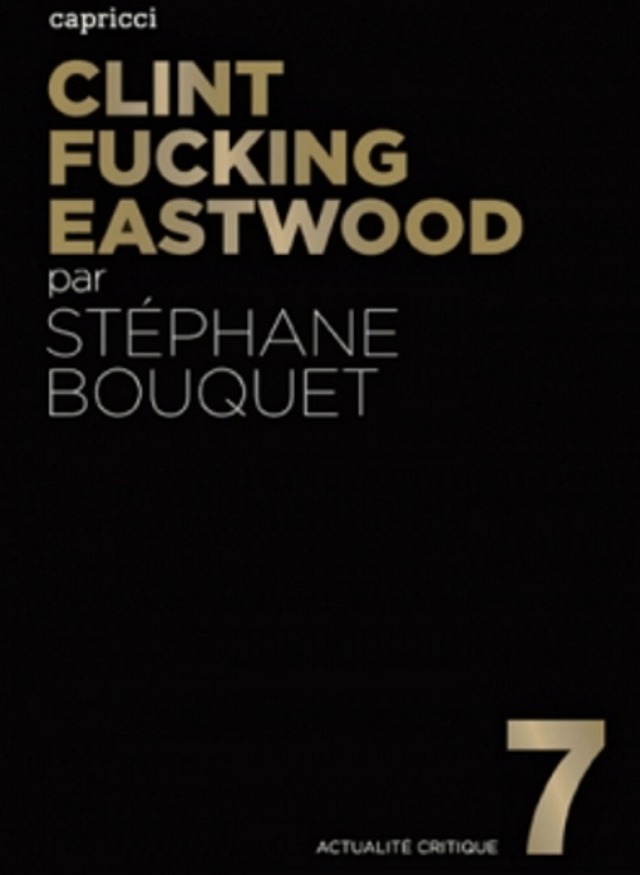 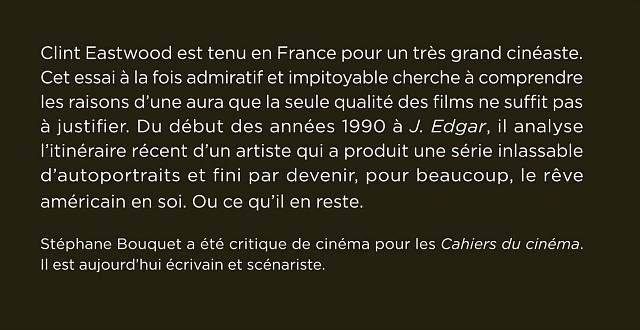 You don’t need a Masters in Political Science to get Betsy West and Julie Cohen‘s RBG, the hugely successful doc (a $12.5 million gross after nine weeks in theatres) about crusading Supreme Court Justice Ruth Bader Ginsburg. It’s accessible to anyone — a sturdy, specific portrait of a great feminist jurist.

And yet nine out of ten moviegoers (especially those who flip through supermarket tabloids) will probably be more receptive to On The Basis of Sex (Focus Features, 12.25), the emotional narrative version from director Mimi Leder, and in which Felicity Jones portrays RBG.

Unfortunately there’s an accent problem. Jones clearly hasn’t mastered Ginsberg’s Brooklyn patois, at least in the opinion of yours truly as well as N.Y. Times contributor Bruce Fretts.) I would recommend the hiring of an accent coach and going back into looping sessions. It’s July — the film doesn’t open until Christmas Day. Plenty of time.

What’s the instant HE community verdict?

In a 7.15 opinion piece titled “Trump, Treasonous Traitor,” N.Y. Times columnist Charles Blow stated the obvious about President Trump. There’s no other way to put it. And yet somehow the general reaction outside the liberal beltway seems to me “well, yeah, Trump’s an asshole…whatever.”

Except treason isn’t a typical asshole trait. Treason is what Benedict Arnold was guilty of, and yet what Trump has done — is continuing to do — is worse. The problem is that millions seem to regard the concept of a cyber attack as somehow ethereal or vaporous. Meanwhile Trump has so spun and muddied the conversation (certainly within the red-hat base) that even “treason” doesn’t seem to be sticking.

Alongside Russian President Vladimir Putin, Trump said today (Monday, 7.16) in Helsinki that “I don’t see any reason why” Russia would interfere in the 2016 election. Helsinki = Surrender Summit.

Please explain how Blow is exaggerating.

“Whether or not Trump himself or anyone in his orbit personally colluded or conspired with the Russians about their interference is something Mueller will no doubt disclose at some point, but there remains one incontrovertible truth: In 2016, Russia, a hostile foreign adversary, attacked the United States of America. We know that they did it. We have proof. The F.B.I. is trying to hold people accountable for it.

“And yet Donald Trump, the president whom the Constitution establishes as the commander in chief, has repeatedly waffled on whether Russia conducted the attack and has refused to forcefully rebuke them for it, let alone punish them for it.

“Instead, Trump has repeatedly attacked the investigation as a witch hunt.