A racially stamped, early ’60s version of Planes, Trains & Automobiles blended with a little Driving Miss Daisy and fortified by a shrewd, plain-spoken, nicely-honed screenplay (by Farrelly, Brian Hayes Currie and Nick Vallelonga) that touches solid bottom in a few ways, Green Book is a huge hit waiting to happen and a definite Best Picture nominee…hands down, don’t even think about it, Tom O’Neil is going to have kittens.

A heartwarmer about the various shades and permutations of American racism coursing through the body politic back in the Kennedy era, Green Book is not the contradiction it sounds like but the most satisfying feel-good movie I’ve seen in a long, long time.

Is it anywhere close to daring or nervy? Nope — it’s a nice, safe, entertaining middle-class dramedy, tidy and affecting and right out of the big-studio handbook, but man, it really hits the spot. I’m talking about a moviegoing experience that goes down like a nice creamy milk shake.

You can call me a square or a sap for succumbing to a film of this sort, a liberal-minded social-issue dramedy that could’ve easily been made 20 or 30 years ago, but you should’ve heard that audience go nuts when the closing credits began. I mean, it was like thunderbolt and lightning.

Universal has a real problem on its hands with Mahershala Ali and Viggo Mortenson equally deserving Best Actor nominations; I really can’t decide who has a better shot. Okay, maybe Viggo because his character undergoes a greater amount of character growth and self-realization, but Mahershala delivers such a magnificent combination of dignity, buried pain, musical spirit and uptight rectitude.

At least there’ll be no hemming or hawing about Linda Cardellini, who’s a near shoo-in for a Best Supporting Actress nom as Viggo’s stay-at-home Italian wife. Plus you’d have to nominate the screenplay in the Best Original category, and Farrelly for Best Director along with Best Picture.

I’m not saying Green Book is a better film than Roma or First Man or Can You Ever Forgive Me? or Widows or First Reformed, but it makes you feel better than all of these films combined. I’m sorry but it does. 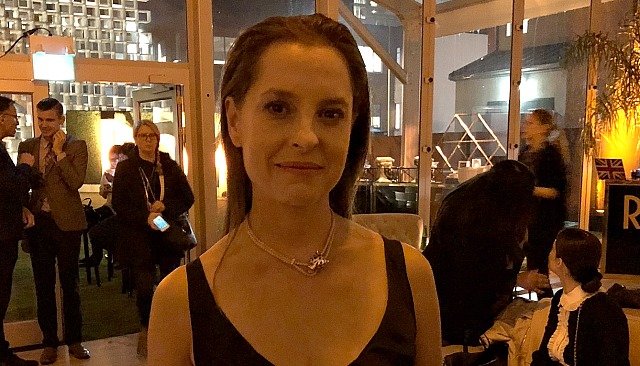 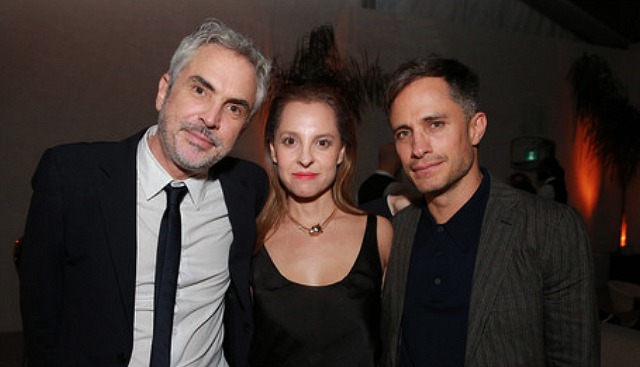 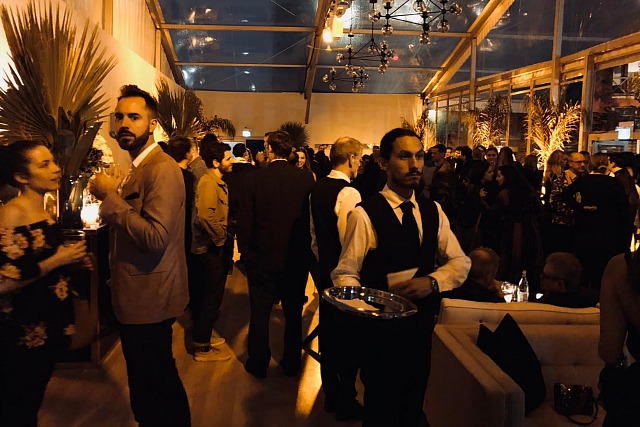 One of my favorite HE rants, posted on 8.1.14 and titled “Please Stop Being Overly Impressed By Smiles, Kindness and Consideration…Please“:

During August or September of 2013 Jon Stewart‘s Rosewater shot footage in Jordan, and in preparation for this costumer Phaedra Dadaleh, a well-established professional in that region, was hired. On 9.11.13 Dadaleh told a Rosewater promotional site that she was “nervous” meeting Stewart, but her concerns quickly evaporated. “He’s just the most amazing, friendly, down-to-earth kind of guy,” she said. “He just got up, gave me a big hug and immediately made me feel at ease.” 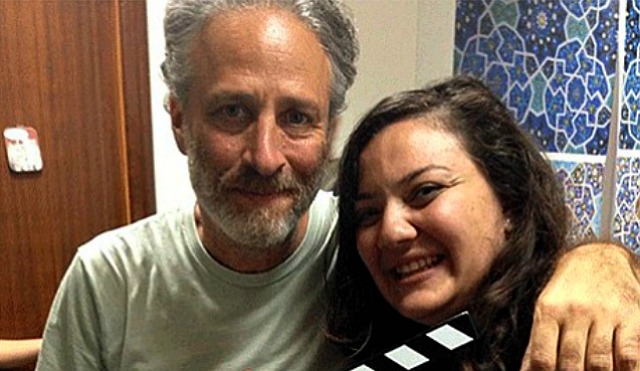 That’s cool, Phaedra, and good for you, Jon. But people on movie sets have been saying the exact same thing about major above-the-line types for at least a century if not longer, and they never get tired of saying it. Time marches on and they just won’t stop wetting their pants when name-brand people are as kind and gracious and friendly to them as regular Joes are to each other in the outside world. It’s always “I was afraid this famous hotshot might be brusque or snide or otherwise a dick or a bitch, but he/she was totally the opposite…and he/she made me feel so good.”

I know the feeling, and I’m not saying that many above-the-liners — Jon Stewart among them, I’m sure — aren’t really nice to begin with. But one of the main reasons that bigtime showbiz types have made it to the top is that they’re really good — practiced — at putting on that warm, kind and affectionate face when the situation calls for it.

And one atmosphere in which you’re almost guaranteed to receive warmth and love and hugs is one in which people are always alpha-vibing each other to death from the early morning into the wee hours until it’s coming out of their ears — i.e., a fucking movie set.

People loving and kissing and hugging each other like mad. Hugs, backrubs, bon ami…and every fucking joke and one-liner is either hilarious or very funny or at least somewhat funny. A lot of people do the monkey submission thing by slapping their thighs and bending over and staggering backwards when they laugh at other people’s jokes on movie sets. I’ve been visiting sets all my life, and sometimes I wind up smiling so much that my facial muscles are aching after four or five hours.

Posted two years ago: “Basic compassion requires an acknowledgement of today’s anniversary of the 9/11 massacre. The memories are seared deep and we’ll never stop recalling them. In a strange way I’ve always regretted not being in Manhattan that day. I’ll never forget how it felt with the film fraternity up in Toronto, and everyone huddling together in a kind of daze. I recall standing on the corner of Bay and Bloor Street and telling myself over and over, ‘This is the new Pearl Harbor.’

“My strongest recollection is everyone (including Brian De Palma) staring at the video footage from the lobby of the Cineplex Odeon, and some of us (myself included) still going to TIFF films after the news broke.

Posted on 9.9.11: “I’ll be appalled for the rest of my life that my Reel.com editor (whose name I’m not going to mention) chose to summarize the column that I wrote from the Toronto Film Festival on the evening of 9.11.01 as follows: ‘Jeffrey Wells reports on the toll that current events have had on the Toronto Film Festival, and tries to muster enthusiasm for films that have screened, including Lantana, Monsoon Wedding, and Last Orders.’

“This was back in the day when entertainment websites wrote about and/or acknowledged only entertainment subjects…even if the horrible death of nearly 3000 people from jumping or flames or being crushed had led to a major film festival deciding to halt its various programs to show respect and take a breather. Even then, Reel.com felt that it was better to not be too specific (don’t want to encourage people to not think about movies!) and to refer to this appalling slaughter as ‘current events.’ Thank God that mentality has been entirely rubbed out on the web.

“On the one-year anniversary I posted a disturbing shot of a 9/11 jumper guy in mid-fall. Later that day a big-name critic wrote and said I’d crossed a line. I’ve always been of two minds regarding the 9/11 horrors. On one hand I understand the feelings of people who don’t want to remember things too vividly; on the other I think it’s fundamentally wrong to heavily edit or smother the reality of what happened, at least for those who might want to go there.