Nobody was seriously betting on the inspirational Beto O’Rourke beating the loathsome, toad-like Ted Cruz, not really. And in the end he didn’t. Too many Texas bumblefucks.

Why did Andrew Gillum, the Democratic rock-star candidate for the Florida governorship, lose to the repulsive Trump ally Ron DeSantis?

Why did Stacey Abrams, the brilliant Democratic gubernatorial candidate from Georgia, lose to her odious, vote-suppressing Republican opponent, Brian Kemp?

Yes, the Dems have won control of the House of Representatives — excellent news, and an overall victory against the Trump corrosion. A lot of diverse new Dems will be heading to Washington. But they’ve lost two seats in the Senate.

Yes, many Dems have triumphed in many tough races all over. But while American voters generally leaned blue in many regions, they didn’t tip blue in a big, decisive way. Too many rural assholes voted in favor of the Asshole-in-Chief.

Dan Lavoie on Twitter: “Tens of millions of Americans looked at what has happened in this country the past two years and said, ‘Yes, more of this, please!'”

Beto ran a world-class campaign, and he could make the difference in 2020. He needs to return to El Paso and flop for a couple of weeks, but starting in early ’19 he needs to take a long hard look at running against President Trump. He could do it — he could win it — he really could. What other prospective Democratic presidential candidate is generating that crackling Beto excitement? Nobody.

Repeated: Nadine Labaki‘s Capernaum (Sony Pictures Classics, 12.14) is about a 12 year-old Lebanese kid (and a small-framed one at that, making him look eight or nine) going through hard-knocks destitution on the streets of Beirut.

Does it get you emotionally to watch a raw verite depiction of a parent-less, penniless kid struggle to survive while trying to take care of an infant boy in diapers? Of course it does, but I didn’t see Capernaum as manipulative because I didn’t sense any lying or exaggerating on the part of Labaki, the kid (Zain Al-Rafeea), the infant or any of the supporting characters.

What other way could a director possibly depict extreme poverty except in a plain, matter-of-fact way?

Capernaum isn’t really about a child who files a lawsuit against his parents for giving him birth, as the point is never vigorously or extensively argued in a courtroom setting. It is, however, a deeply affecting hard-knocks, street-urchin survival tale in the vein of Pixote or Slumdog Millionaire.

For three days in early October 2009 I visited the set of Rod Lurie‘s Straw Dogs in Shreveport, Louisiana. The time I spent chatting with the cast and crew and watching a couple of scenes being shot was interesting and occasionally fascinating. I was mezzo-mezzo with the film that resulted (no one thought it approached the level of Sam Peckinpah’s 1971 original) but we’ll let that go for now.

I actually don’t know why I’m mentioning Lurie or the film because the defining event of my Shreveport visit was hooking up with a 39 year-old blonde from Florida. Let’s call her Melissa. 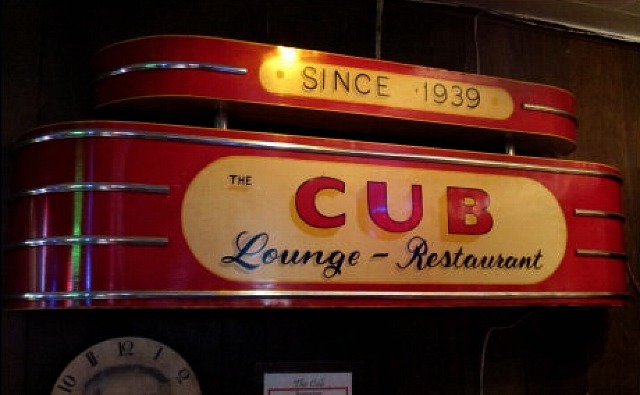 10 Comments
In The Cards

No firm opinion about Scott Mantz‘s prediction, but I’ve heard the same from others (including a top-tier critic friend) and it wouldn’t surprise me if things break this way. Mantz, however, should have double-checked the Green Book release date — Friday, 11.16, not Wednesday, 11.21. So no birthday convergence. 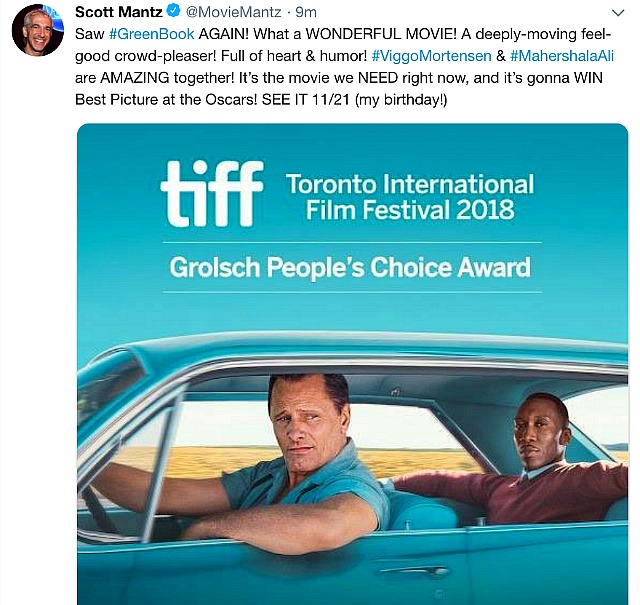 I’m sorry but I have to go vote now (straight Democratic) so I can cancel out the preferences of some person I don’t agree with.

On 11.9 a six-CD deluxe re-issue of the Beatles’ White Album will go on sale. Boilerplate: “The album’s 30 tracks are newly mixed by producer Giles Martin and mix engineer Sam Okell in stereo and 5.1 surround audio, joined by 27 early acoustic demos and 50 session takes, most of which are previously unreleased in any form.”

The late George Martin once remarked that there were too many sub-par tracks on the White Album, and that it would have been a better package if the chaff had been removed. I agree with him. The White Album is an angry, jagged, bloated thing — constantly arguing with itself and indeed the very concept of unity. It’s full of ego wars and me-me-me.

Here’s the HE version of a better, pruned-down version — a single disc, 14 tracks, and in this order: 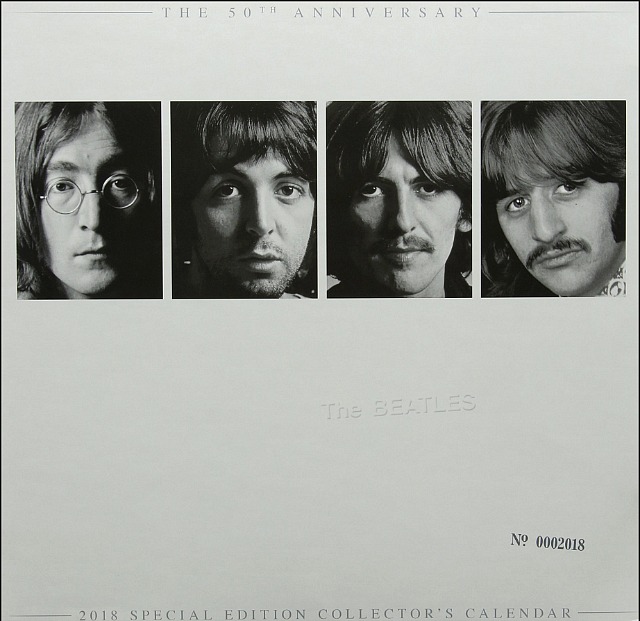 13 Comments
Having Seen Both With My Own Eyes…

I can report directly that on the new 4K 2001 disc, the Discovery tunnel wall is indeed a kind of light rose-beige color. And yet the tunnel in the 2007 2001 Bluray, which I looked at this morning, is straight white. And I’m doubting the rose-beige thing. As I wrote a few days ago, “After watching 2001 in theatres at least 14 or 15 times over the last half-century, I’ve never once seen a print with a faint rosey-orange tint in the passageway scene. Not once, not ever.”

You have to wonder why Stanley Kubrick would have said to his set designer, “I don’t want the walls to be plain white or bone white…I want a William Haines feeling…I want a warmer, gentler, more feminine color.” I could see George Cukor or Vincent Minnelli requesting this, but not Kubrick.

I can also report that the MGM logo on the 2007 Bluray is indeed bright blue with white lettering, and that the same image on the 4K disc is dark blue with amber lettering. I’ve seen them both with my own eyes, and only one is correct. I think it’s the former. I think the dark blue-with-yellow-lettering logo is bullshit.

If you haven’t signed change.org’s “keep Filmstruck alive” petition, please do so. It was launched about a week and a half ago, and is now shooting for 50,000 subscribers. 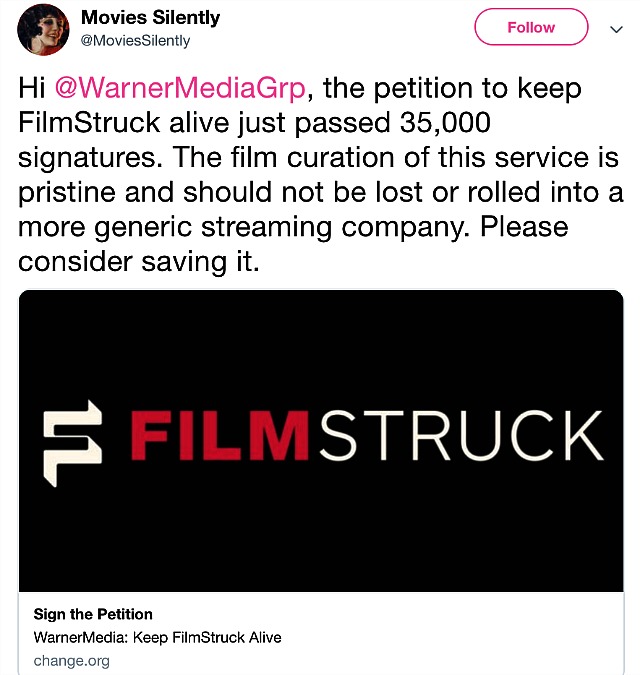 In Henry Barrial‘s Driver X (IFC Films, 11.30), Patrick Fabian is a middle-aged family man forced to become an Uber-Lyft driver to stay afloat. Does it figure that a guy in his mid ’50s would be totally clueless about social media, particularly one who owned his own record store? Born in ’64, Fabian (Better Call Saul) was in his early 30s when the internet caught on — how could he be this divorced from the cyber realm? IMDB posters have praised it, but the fact that Driver X has only played at minor film festivals…do the math. No one from IFC Films has passed along a screening invite or a link, but I’d like to see it.

2 Comments
Some Call It “Hilarious”

HE response, tapped out this morning: “You can call it ‘hilarious’ by the follow-the-herd standards of Gold Derby (baahh!) but the know-it-alls ignoring an austere, strikingly plain moralistic drama….. a critically praised Bresson-like film that pulses with stripped-down frankness and moral guilt …perhaps the greatest moral fable of this century…a film that asks straight from the shoulder what the hell we’re all doing to the planet…not to mention that it’s Paul Schrader’s big comeback…his best since Hardcore…a film that all the top critics were creaming over last May and which obviously put Ethan Hawke’s name into Best Actor contention…handicappers IGNORING this film because (a) it wasn’t released after Labor Day and (b) because A24 has apparently thrown in the towel…THAT’S hilarious.