I’ve just bought the very last Amazon copy of a DVD containing a 1.33:1 aspect ratio version of The Sting. Which I’ve never seen in my life. Every time I’ve watched this 1973 George Roy Hill classic it’s always been cropped to 1.85. As the film takes place in 1934 or thereabouts, a boxy aspect ratio (standard Academy ratio back then) is a perfect complement. Acres and acres of extra visual information (tops and bottoms)…I’ve already got the chills. The DVD in question was released in 2010.

Young Frankenstein, which also apes the mood and ambience of the early to mid ’30s, would have been another perfect boxy, especially in high-def. I’m not expecting to see any overhead boom mikes dropping into the frame — that’s a phony disinformation meme circulated by 1.85 fascists. 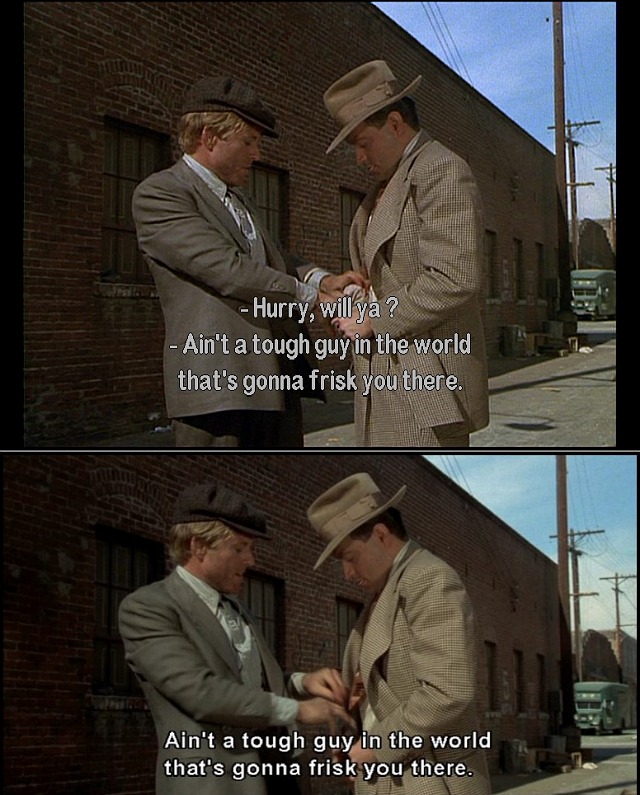 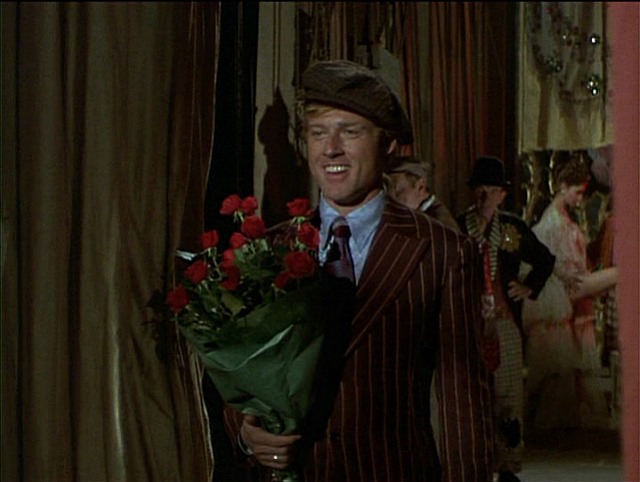 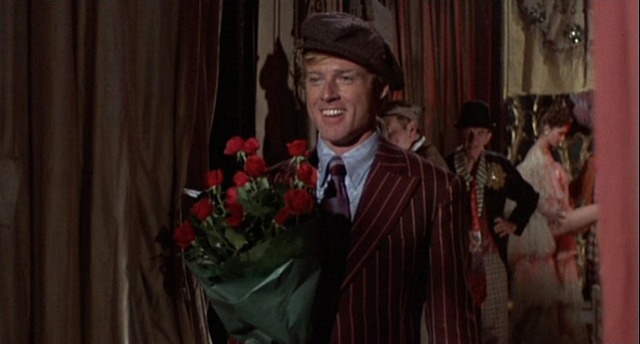 A generic example of what constitutes an absorbing scene. The ostensible focus is a technical-industrial thing — geological science, miniature oil tankers, parts that need replacing, etc. The audience doesn’t hear a word of the dialogue, of course, because the real focus is sexual attraction — Peter Capaldi succumbing to the mermaid allure of Jenny Seagrove. The bit in which Capaldi grabs the folded white smock from Peter Reigert and then Reigert grabs it back…perfect.

“Is there no decency in this man?” Chicago Mayor Rahm Emanuel asks about Jussie Smollett after prosecutors dropped all charges against the “Empire” actor https://t.co/FTXteyXy0Z pic.twitter.com/b4s3d6Iydk

Remember Stanley Kubrick‘s famous assessment of 1941, which he personally conveyed to Steven Spielberg? I can’t find the exact quote but the gist was “the filmmaking chops are brilliant…it’s not funny but it’s really well made.” Well, the famous ferris-wheel-rolling-off-the-pier scene disproves even that. There’s no way the ocean is deep enough for a 100-foot-tall ferris wheel to completely disappear — to just sink into the depths like the Titanic. Right off Pacific Ocean Park the ocean depth would be…what, 30 or 40 feet? If that? All Spielberg had to do was show the ferris wheel hitting bottom and then tipping over to the side.

I don’t understand how Chicago cops could have announced last February that they had conclusive evidence against Jussie Smollett arranging to stage a racially-motivated attack with the help of two Nigerian brothers, and then a few weeks later prosecutors drop the whole thing and say “never mind”…the fuck?

All charges against Smollett were dropped this morning, but why? Are you telling me the evidence against him has been found to be bogus? Okay, maybe, but why were authorities convinced otherwise until this morning?

“After reviewing all of the facts and circumstances of the case, including Mr. Smollett’s volunteer service in the community and agreement to forfeit his [$10K] bond to the City of Chicago, we believe this outcome is a just disposition and appropriate resolution to this case,” the state’s attorney’s office said in a statement this morning.

What the hell could community service and agreeing to forfeit $10K possibly have to do with anything?

If the evidence against Smollett is conclusive, then the prosecutors should proceed with the case. Right? If the Nigerian brothers lied and the whole case was bullshit, then folding their hand would be appropriate. But the facts had been vetted. It seemed as if Smollett was guilty. The cops were persuaded.

How many have seen Walt Disney‘s original 1941 Dumbo? I did when I was seven or eight, something like that. That endearing scene in which tearful little Dumbo longs for his mom’s embrace after she’s been locked up for being a “mad” elephant…right? Then came my second immersion when I saw Steven Spielberg‘s 1941, which opened (good God) almost 40 years ago. That scene, I mean, when Robert Stack’s General Stillwell weeps while watching the locked-up-mom scene in a Hollywood Blvd. theatre.

Disney’s almost 80-year-old animation may seem a little crude by present-day standards, and the film only runs 64 minutes, but the original Dumbo (overseen by Walt and “supervising director” Ben Sharpsteen) emotionally works.

Dumbo‘s basic theme (first articulated in Helen Aberson and Harold Pearl‘s Dumbo, the Flying Elephant, a 1938 children’s book) is that young oddballs — anyone or anything perceived as “different” — are doomed to suffer at the hands of selfish, short-sighted humans. But if the little fella has some kind of inner gift or aptitude (like flying, say) and can somehow express it, the ugliness can be stilled to some extent. Or he can at least snuggle up with mom.

Tim Burton‘s big, over-produced, annoyingly simple-minded remake sticks to the same basic idea — i.e., oddballs can find light at the end of the tunnel if they can show a little moxie.

Burton takes a small, mostly sad little story — a big-eared baby elephant that can fly is separated from his mom, and has to learn to fend for himself — and basically throws money at it while adding nearly 50 minutes to the running time — 112 minutes vs. the original’s 64.

Okay, money and a really nice compositional eye, at least during the first half. The first 55 or 60 minutes of Dumbo are largely about old-worldish production design (by Rick Heinrichs, who worked with Burton on Sleepy Hollow) and Ben Davis‘s cinematography, which is really quite handsome. Within the first hour every shot is an exquisite, carefully lighted painting.

But the second half — or when poor Dumbo’s life is darkened by Michael Keaton‘s V. A. Vandevere, a P.T. Barnum-meets-Beetlejuice figure who represents all kinds of venality, corporate greed and the seven circles of hell — the second half is just awful. The scale of Keaton’s super-circus (a Dante-esque amusement park called Dreamland) is oppressive. Watching this portion is a combination of (a) “villainy! vulgarity! greed!”, (b) “turn off the stupid spigots,” (b) “who wrote this godawful dialogue?” (answer: Ehren Kruger) and (d) “please burn it all down.”