After a brief theatrical window, John Lee Hancock‘s The Highwaymen is now playing on Netflix. A couple of weeks ago I posted a paywalled HE-plus review. As a special one-time-only Saturday morning allowance, here it is gratis. What the hell, right?

“The Highwaymen is a decent enough thing — a flavorful period procedural about how the notorious Bonnie and Clyde were ambushed and cut into shreds and pieces by ex-Texas Rangers Frank Hamer (Kevin Costner) and Maney Gault (Woody Harrelson)…oh, Maney! On a quiet woodsy Louisiana road on 5.23.34, way down in Bienville Parish.

The killers were actually Hamer and Gault and four other guys. They unloaded big-time and put between 25 and 50 bullets into each criminal. And nobody gave a damn if one was a woman who liked to read movie magazines.

Arthur Penn and Warren Beatty’s Bonnie and Clyde (’67) didn’t exactly sympathize with the infamous pair, but portrayed them as crazy none-too-brights on an impulsive, violent romp across the dust-bowl states. Or, if you will, spirited working-class outlaws pushing back against a rigged Depression-era system that made things tough on poor working folks.

The Highwaymen is the flip side of the coin. The basic view is that Bonnie and Clyde were diseased and inhuman and that somebody had to put them down like rabid dogs, and that it took a couple of tough old coots like Hamer and Gault to get the job done.

On top of which the aging Hamer and Gault are portrayed as the last of a dying breed, wondering at times if they “have it” any more, whether or not their instincts have gone to seed, whether they’re respected. All is well by the finale.

Born in 1884, Gault was 50 at the time of Bonnie and Clyde’s killing, and far from what anyone would call “old.” Costner, born in January ’55, was 63 or thereabouts when they filmed, or 13 years creasier than the Real McCoy.

I’m not saying that “handsy” Joe Biden isn’t fated to face some kind of #MeToo or #TimesUp inquiry along the lines of what Al Franken went through, or that in a fair and just world Biden isn’t culpable in having brought this about by his own past behavior. Maybe. But there’s an emerging suspicion, at least in some quarters, that this anti-Joe site, which I discovered last night, is the creation of pro-Trump forces. Because it’s widely believed that Team Trump is more worried about Biden than anyone else. Thoughts?

I don’t know how Avengers: Endgame (Disney, 4.26) will unfold over its three-hour running time, but we all have a sneaking suspicion that the disintegrated will somehow reconstitute by the end. Right? Don’t we? If this doesn’t happen I’ll be amazed. As in genuinely impressed.

All I wanted from Avengers: Infinity War was to see Robert Downey‘s insufferably smug Tony Stark die and stay dead forever. But nope.

HE boilerplate: “You can’t trust a Marvel film to deliver death with any finality because Kevin Feige doesn’t respect death any more than comic-book creators respect it, which is not at all. Or woundings, for that matter. The MCU mostly regards death and serious physical injury as a tease, a plot toy, something to fiddle or fuck with until an apparently dead character comes back to life.” 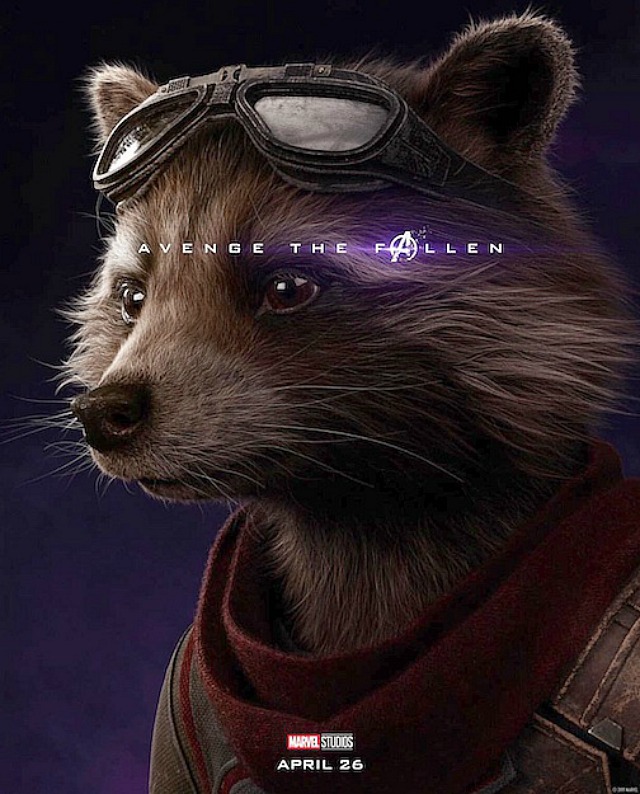 4 Comments
“Happiness Isn’t Only About What You Have.”

“It’s also about what you don’t have to worry about.”

“Socialism As A Supplement To Capitalism? Good. Kind of like how gin and tonic are terrible by themselves, but mixed together…delightful.”

Mick Jagger‘s health is in such a highly uncertain, precarious or threatened condition that his doctors, out of the blue, have told him he can’t perform in the next phase of the Rolling Stones’ “No Filter” tour, which would’ve launched only three weeks from now in Miami. Or at least not until Mick receives “medical treatment.”

And so the tour has been deep-sixed until further notice.

An official statement, quoted by Variety, says that “doctors have advised Mick that he is expected to make a complete recovery so that he can get back on stage as soon as possible.”

Medical prudence is always a good idea, but in terms of the enormous physical and financial demands of a major Rolling Stones tour, cancelling only three weeks before kickoff suggests a certain urgency. One presumes that Jagger’s unspecified health concern is outside the realm of the usual transitional ailments.

Arguably the the leanest, spry-est and healthiest-seeming 20th Century rocker around, at least as far as appearances have been concerned over the last half-century and beyond, Jagger is 75 and 2/3. He’ll hit the big seven-six on 7.26.19.

Jagger statement: “I hate letting our [North American] fans down and I’m hugely disappointed to have to postpone the tour but am looking forward to getting back on stage as soon as I can.”